Quoting a 2018 report by the Nigerian Communications Commission (NCC), Zaid Jurji, chief of WASH (Water, Sanitation and Hygiene), UNICEF, said 140 million people in Nigeria have cell phones, while only 97 million have access to improved sanitation.

Mr Jurji who spoke at a two-day media dialogue on European Union Niger Delta Water Project, in Port Harcourt, noted that the sanitation sector in Nigeria is severely under-resourced, as sanitation is only 19 per cent of WASH budget.

He further added that only 39% Nigerians use an improved toilet that is not shared by more than one household.

Over 46 million people still practice open defecation in Nigeria, with 32 percent living in rural areas and 12 percent in urban areas.

This figure is far from the Sustainable Development Goal 6 (SDG) target by 2030, which aims at achieving universal access to drinking water, sanitation and hygiene.

In his remarks, Lai Mohammed, minister of Information and Culture, who was represented by Toye Falayi, principal information officer of the ministry, urged media partners to sustain advocacy for improve water sanitation and hygiene.

No Plans to Ban Use of Smartphones at Polling Units- INEC

Association of Nigerian Electricity Distributors (ANED), the umbrella body of Electricity Distribution Companies, otherwise DISCOS, said, that they were in support of proposal by the National Assembly and the Federal Executive arm of government that Nigerians should get two months of free electricity. 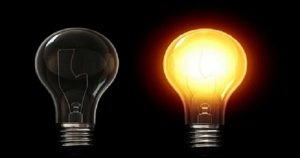 ANED, stated that modalities for the free power would be worked on and made public in due course.

Sunday Oduntan, executive director, ANED, in a statement issued in Abuja said, “The electricity distribution companies recognise the challenging effects of the coronavirus on the economic and daily lives of our customers.

“In fulfillment of our commitments to the nation, we hereby align ourselves with the efforts of the National Assembly and the Federal Executive to mitigate the hardship that is currently being borne by our customers and other citizens all over the country.”

Oduntan added, “We are committed to working with them to ensure more efficient power supply within this difficult period, as the nation battles with the ravages of COVID-19.

“We are also completely aligned with the plans to ensure palliative measures, including free electricity supply to all Nigerians for two months, to make life easier, during the lockdown period. Details of implementation to come soon.”

He reiterated the commitment of the Discos to improving service delivery to the nation during the period of the coronavirus pandemic and thereafter.

The regional bank made the disclosure on Wednesday in Cairo where it released its audited financial statements for the year ended 31 December 2019.

The bank posted a comprehensive income of $324.2 million.

Commenting on the bank’s performance, the President, Prof. Benedict Oramah, expressed satisfaction with the results, noting that the performance exceeded strategic plan targets despite a global operating environment characterized by economic uncertainties.

He said that the Bank had “continued to deliver the objectives of its current five-year strategic plan, dubbed IMPACT 2021, by prioritizing initiatives aimed at promoting and financing intra-African trade.”

Addressing concerns about COVID-19, whose emergence early in 2020 has raised concerns about a global recession, he said that Afreximbank was taking necessary steps to manage the impact, particularly on the loans and advances from customers that may be impacted, adding, “Afreximbank is making arrangements to support its member countries in need.”

Scientists in Australia have claimed to have found Ivermectin, an already existing drug that kills COVID-19 in the laboratory within 48 hours. 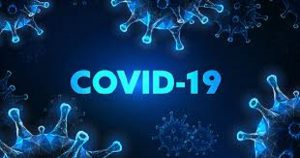 Ivermectin, is used to treat head lice and is available all over the world.

Researchers at Monash University claimed that a single dose of Ivermectin stops the SARS-CoV-2 virus growing in cell culture.

But the research is in its early stages and Ivermectin, an anti-parasitic drug, has not yet been tested on persons infected with COVID-19.

According to British tabloid Daily Mail, the next step is for scientists to determine the correct human dosage, to make sure the level used in vitro is safe for humans.

The scientists warned that it could take at least a month before human trials start.

‘We found that even a single dose could essentially remove all viral RNA (effectively removed all genetic material of the virus) by 48 hours and that even at 24 hours there was a really significant reduction in it,’ Daily Mail quotes Monash Biomedicine Discovery Institute’s Dr Kylie Wagstaff as saying.

He added: “In times when we’re having a global pandemic and there isn’t an approved treatment, if we had a compound that was already available around the world then that might help people sooner.

“Realistically it’s going to be a while before a vaccine is broadly available.’

The study is the work of Monash Biomedicine Discovery Institute and the Peter Doherty Institute of Infection and Immunity.

Ivermectin was discovered in 1975 and came into medical use in 1981.

It is on the World Health Organization (WHO’s) List of Essential Medicines, the safest and most effective medicines needed in a health system.

The wholesale cost in the developing world for the tablets is about US$0.12 for a course of treatment.

Ivermectin is available around the world in its trade names Stromectol and Soolantra cream.

It has been used since the 1980s to treat and prevent diseases related to parasites in humans, pets and livestock, and works by paralysing invertebrate parasites.

Ivermectin is also a second-line treatment for scabies.

The pharmaceutical company that makes Ivermectin, MSD, has also been donating the drug to developing countries to treat the parasitic diseases river blindness and elephantiasis for the past 30 years.

When used at the recommended dose, Ivermectin is generally well tolerated. Some of the common side effects include diarrhoea, nausea, dizziness and drowsiness.