The consumerization of IT and business bring your own device (BYOD) programs have resulted in potential security problems for IT leaders, according to Gartner Inc.

User expectations of a clean and simple mobile user experience often outweigh security concerns, and the same valuable data guarded by complex passwords and security measures on PCs can be left vulnerable on mobile devices.

Gartner predicts that, by 2016, 30 percent of organizations will use biometric authentication on mobile devices, up from five percent today.

Gartner has identified some potential security impacts of the consumerization of IT, and has made some recommendations for IT security leaders.

While most organizations require robust passwords on laptops, smartphones and tablet devices often have access to the same applications and critical data but not the same levels of security.

The increased number of devices in play also exacerbates the exposure of critical information. Implementing standard power-on password policies is made much more complex by the acceptance of BYOD practices, with the inevitable clash over user rights and privacy.

While complex passwords can be especially problematic for users to type on mobile devices, if these devices hold corporate data or provide access to corporate systems such as email without further login, even a default four-digit password is inappropriate.

However, support for more robust power-on authentication is patchy, with only a few mobile operating systems and devices supporting biometric authentication. Even in cases that do offer this support, the implementation may not be good enough for business use.

“An eight-digit numeric password will require hours to recover, and that will discourage casual hackers with toolkits,” said John Girard, vice president and distinguished analyst at Gartner.

“However, even a six-character lowercase alphanumeric password can provide billions of values. For most practical purposes, hackers are not prepared to pursue this large a set of combinations due to the relatively slow speeds involved in brute force attacks against smartphones and tablets.”

Gartner recommends that a password policy requiring use of at least six alphanumeric characters, and prohibiting dictionary words, is enforced on devices with access to corporate information via mobile device management (MDM) tools.

Some organizations attempt to counter the risks from a lost or stolen device by implementing controls that wipe a device after a limited number of incorrect password entries, or by remote command. “This practice does not wholly mitigate the risk because solid-state memory is nearly impossible to overwrite,” said Mr. Girard.

“The best practice is to use encryption that is not tied to the primary power-on authentication, meaning the key cannot be recovered from the device after a soft wipe operation has been performed.”

In addition, Gartner recommends that a further authentication method — at a minimum, another password — should be used for access to sensitive corporate applications and data.

In this way, even if a hacker breaches the power-on defenses, each additional app or store of data presents an additional challenge that will, collectively, present too much of a hurdle to be worthwhile.

“Juggling the token in one hand, the phone in another and a latte in the third is increasingly resisted by mobile device users.”

Software tokens, such as X.509 credentials on the endpoint, provide options in this case, but often need MDM tools to be implemented properly and still require additional controls to provide the higher-assurance authentication necessary in some organizations. 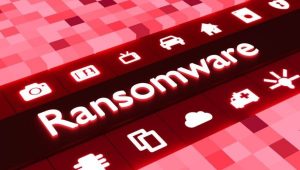 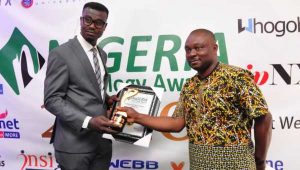