9mobile, Nigeria’s most innovative and customer-friendly telecommunications company, has launched a coding centre at one of its adopted schools, Rabiatu Thompson Primary School, Surulere, Lagos, as part of the Code Lagos initiative of the Lagos State Government.

Code Lagos, which seeks to teach at least one million Lagos residents to code by 2019, has 9mobile as one of its key partners, with the telecommunications firm setting up coding centres at its adopted schools.

Speaking at the launch, Oluseyi Osunsedo, acting director, Regulatory and Corporate Affairs, 9mobile, said the telco’s partnership with the Lagos State Government on Code Lagos was borne out of its commitment to education and the empowerment of young Nigerians to succeed in the digital age.

Osunsedo said, “As a company committed to promoting academic excellence, 9mobile has introduced a number of initiatives that contribute to sustainable development in Nigeria. One of such initiatives is our Adopt-A-School programme, through which we have adopted four schools for life, and are driving the delivery of qualitative primary and secondary education, in partnership with respective state governments.

“In sustaining our commitment, we have collaborated with the Lagos State Government, on the laudable Code Lagos initiative, and today we are launching a fully equipped coding centre at Rabiatu Thompson Primary School.

Osunsedo added further that “The present and even more so the future will be ruled by technology; artificial intelligence presently plays a major role in modern day living and with the technological advancements that have been made, we believe that our children should be exposed and empowered not just to participate, but to compete in the digital evolution space.”

Whilst encouraging the students to  maximally utilize the coding centre, Osunsedo expressed the hope that in another 10-15 years, the school would have produced some of the ICT gurus that will create phenomenal programs that add value to life.”

Mrs. Ronke Soyombo, director-general, Office of Education Quality Assurance, Lagos State Ministry of Education, who represented Mr. Obafela Bank-Olemoh, special adviser on Education, at the launch, stated that the state government was strongly committed to Code Lagos, and thanked 9mobile for its unrelenting support for the initiative.

Soyombo said, “Lagos State Government aims at making coding education framework accessible to every student in Lagos State by encouraging the private sector to key into this new initiative, as the state would continue to create an enabling environment conducive for investment.

“Code Lagos centres have continually been established across Education Districts in Lagos State, public libraries and other community spaces, to drive the mega-city dream that will generate employment and business opportunities; and qualified candidates must be available to take advantage of all the available opportunities.

Mrs. Mercy Ejindu, head Teacher of Rabiatu Thompson Primary School, expressed profound gratitude to 9mobile for its support for the school and for setting up the coding centre.

“We are very grateful to 9mobile. Since 9mobile adopted this school, they’ve supported us in many ways and now they have set up this coding centre that will help our pupils to learn and be in tune with current trends, especially in digital technology,” Ejindu said.

9mobile had also supported in the setting up a coding centre and ICT laboratory at two of its other adopted schools in Lagos, Akande Dahunsi Memorial Senior and Junior High Schools in Ikoyi. 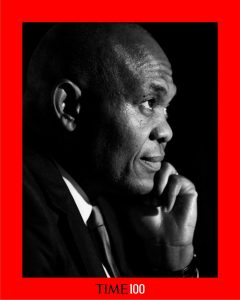