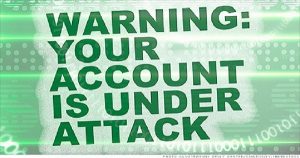 Musa, whose residential address was not given, is charged with three counts of breach of trust, theft and forgery.

He, however, pleaded not guilty to the charge.

ASP Peter Ejike, prosecution counsel, told the court that the defendant committed the offenses between Aug. 2019 and Feb. 2020.

He said that the complainant, Zakari Uthman, of Union Bank Plc, Area 3, Garki, Abuja reported the matter at the Garki Police Station on Aug.24.

Ejike in addition alleged that the defendant used his position as the bank’s Teller and forged three customer’s signatures and withdrew the sum of N 25 million from their accounts without their consent.

The prosecutor further said that during police investigation, the defendant admitted the crime.

The offence, he said, contravened the provisions sections 289, 312 and 364 of the Penal Code Law.

Omolola Akindele, chief magistrate, granted the defendant bail in the sum of N1 million with two sureties in like sum.

She ordered that one of the sureties must be a civil servant on grade level 09 and above.

She adjourned the case until Sept. 22, for hearing.

The National Insurance Commission, NAICOM, is seeking collaboration especially from State Governments on implementation and enforcement of compulsory insurance.

Speaking during a meeting with the Governor of Ekiti State, Kayode Fayemi, the Commissioner for Insurance Sunday Thomas, noted that over the years, the Commission has embarked on series of programs aimed at a nationwide massive public enlightenment with respect to compliance with the laws on compulsory insurance.

As a subset of the Financial Services Industry, Insurance industry is a pivot to guarantee the sustainability of growth and development of the State and its people, said Thomas, adding, We have therefore noted the necessity to plant “Insurance” and “People” at the center of any equation that tends to create, enhance, sustain and manage growth and development in any economy.”

He said: “As a people, human activities have associated risks and in spite of every precautionary measure to avoid the occurrence of losses or damages, the unexpected still occur.

“In consequence of the losses the victims are prone to sufferings which in many cases may lead to total impoverishment of a large proportion of those affected. To ameliorate the situation of victims, laws have been put in place for an arrangement that will ensure that victims and especially third parties are adequately compensated.”

According to him, “the objectives of protecting third parties and relieving the government of the avoidable burden of compensation from the meagre wallet of the government led to the enactment of various laws on compulsory insurance products”.

Thomas listed the Compulsory Insurances to include, all buildings under construction that are more than two (2) floors (builders liability); all Public Buildings including Schools, offices, hotels, hospitals, markets (occupiers liability) etc; Group Life Insurance for all Employees of both Public and Private Sectors; Professional Indemnity for all Medical Practitioners and Third Party Motor Vehicle Insurance in respect of death, injury or damage to the property of third parties.

The Commissioner added that it is on the strength of the above that the Commission is seeking collaboration with the State government in the enforcement of the above mentioned compulsory insurances in the State.

“As the Chairman of the Nigerian Governors’ Forum there is no better place to start the campaign than Ekiti State.” he said.

He also highlighted the benefits of this collaboration with State Governments, which include, Financial Compensation to the families of insured citizens who may become victims of a disaster through loss of their properties or become disabled in event of occurrence of insured accidents/disasters, robust group life insurance policy made compulsory by the Pension Reform Act 2014 gives hope to the workforce who will be ready to go extra mile in carrying out assign duties knowing fully well that the employer has made provision for the dependant in event of the unexpected and creation  of employment opportunities for citizens of the State.

Others are provision of grants and Fire-Fighting Equipment for the States’ Fire Services by NAICOM from the Fire Fund as stipulated in the Insurance Act 2003, reduction in the government expenditure in event of disaster that may affect the citizens of the State by shifting the burden to the risk-bearers (Insurance Companies), free Insurance and Risk Management Education and Enlightenment programme for the citizens of the State; and creation of additional source of internally generated revenue (IGR) for State Government in collaboration with your relevant Ministries and Agencies.

He therefore appealed to the Governor to graciously consider the benefits of the proposed collaboration for the enrichment of the State and the sustainability of the Nigeria economy at large.

“The nominated agency may be requested to work with the Team of the state who shall be dedicated to this collaboration and recommend appropriate measure to domesticate the enforcement of the compulsory insurances in the State.” he said.

Central Bank of Nigeria (CBN) had disbursed N3.5 trillion to different sectors of the economy to cushion the effects of the Coronavirus pandemic.

Under the Real Sector Funds, Emefiele said: “a total of 87 projects that include 53 manufacturing, 21 agriculture and 13 service projects were funded.

He added: “In the health care sector, 41 projects which include 16 pharmaceuticals and 25 hospital and health care services were funded.”

“The AGSMEIS intervention has been extended to a total of 14,638 applicants, while 250 Small and Medium Enterprises (SMEs), predominantly the youth, have benefited from the Creative Industry Financing Initiative.”

Emefiele said in addition to  the  initiatives, the   apex bank “is set to contribute over N1.8 trillion of the total sum of N2.30 trillion needed for the one year  ESP, through its various financing interventions using the  PFIs.”

Some of the world’s top banks have been found to be complicit in aiding criminals move $2 trillion in dirty money around the world, according to leaked government files.

The exposition was done by Buzzfeed News and shared with the International Consortium of Investigative Journalists (ICIJ), a group that brings together investigative journalists from around the world, which distributed them to 108 news organisations in 88 countries.

In the revealing documents, they said: “global banks including JPMorgan, HSBC, Standard Chartered Bank, Deutsche Bank, Bank of New York Mellon, among others defied money laundering crackdowns by moving staggering sums of illicit cash for shadowy characters and criminal networks that have spread chaos and undermined democracy around the world.”

It was also revealed that they kept profiting from these powerful and dangerous players even after the United States authorities fined these financial institutions for earlier failures to stem flows of dirty money.

FinCEN is the US Financial Crimes Enforcement Network. These are the people at the US Treasury who combat financial crime. Concerns about transactions made in US dollars need to be sent to FinCEN, even if they took place outside the US.

Known as the FinCEN files, these are more than 2,600 documents which banks sent to the US authorities between 2000 and 2017 which help show that these banks raise concerns about what their clients might be doing.

They have also been regarded as some of the international banking system’s most closely guarded secrets.

Some of what has been found so far showed that JPMorgan, the largest bank based in the United States, moved money for people and companies tied to the massive looting of public funds in Malaysia, Venezuela and Ukraine, the leaked documents reveal.

The bank moved more than $1 billion for the fugitive financier behind Malaysia’s 1MDB scandal, the records show, and more than $2 million for a young energy mogul’s company that has been accused of cheating Venezuela’s government and helping cause electrical blackouts that crippled large parts of the country.

JPMorgan also processed more than $50 million in payments over a decade, the records show, for Paul Manafort, the former campaign manager for President Donald Trump. The bank shuttled at least $6.9 million in Manafort transactions in the 14 months after he resigned from the campaign amid a swirl of money laundering and corruption allegations spawning from his work with a pro-Russian political party in Ukraine.

It was also revealed that one of Russian President Vladimir Putin’s closest associates used Barclays bank in London to avoid sanctions which were meant to stop him from using financial services in the West. Some of the cash was used to buy works of art.

HSBC allowed fraudsters to transfer millions of dollars around the world even after it had learned of their scam, leaked secret files show.

Britain’s biggest bank moved the money through its US business to HSBC accounts in Hong Kong in 2013 and 2014.

The United Arab Emirates’ central bank failed to act on warnings about a local firm which was helping Iran evade sanctions.

Standard Chartered moved cash for Arab Bank for more than a decade after clients’ accounts at the Jordanian bank had been used in funding terrorism.

The FinCEN Files represent less than 0.02 per cent of the more than 12 million suspicious activity reports that financial institutions filed with FinCEN between 2011 and 2017.

Mr Fergus Shiel from ICIJ said the leaked files were an “insight into what banks know about the vast flows of dirty money across the globe”. He said the documents also highlighted the extraordinarily large amounts of money involved.