The president gave this assurance while speaking at the National Democracy Day Anti-Corruption Summit in Abuja on Tuesday.

Buhari said the government would also close existing legislative loopholes, facilitate collaboration with the judiciary, and strengthen the criminal justice system for effective fight against corruption in the country.

While ensuring comprehensive support and protection to whistleblowers, witnesses and victims of corruption, the president said his administration would adopt and formulate the policy of ‘naming and shaming’ all those who engage in corrupt practices.

He, however, maintained that the Federal Government would continue to encourage and honour transparent and honest citizens.

The president said the government would, “educate, mobilise and encourage Nigerians at the grassroots level to take ownership of the fight against corruption;

“Press for a crackdown on safe havens for corrupt assets, abolishing of bank secrecy jurisdictions and tax havens on the continent and beyond.’’

Buhari said that his administration would continue to insist on the unconditional return of looted assets kept abroad and further strengthening of international cooperation through information and mutual legal assistance.

He pledged that government would also continue to strengthen the capacity of the Economic and Financial Crimes Commission and other anti-corruption agencies by providing additional material, organisational and logistical support.

“Now, as this administration commences, we are taking stock of progress made so far in the war against corruption, assessing what needs to be done and devising new strategies to address existing challenges,’’ he said.

According to the president, his administration remains committed to the fulfillment of its promises to Nigerians which included security, economic improvement and fight against corruption.

The Guest Speaker at the event and former Director of Kenya’s Anti-Corruption Commission, Prof. Patrice Lumumba, lauded Nigeria’s strategies in fighting corruption, as he described the Nigeria’s EFCC as the best anti-corruption agency across the African continent.

He said: “In 2015, president Buhari said ‘if we don’t kill corruption in this country, corruption will kill Nigeria’ and I can’t agree with him more; and it is not only true about Nigeria but true about Africa.

“Almost every country in Africa has an agency that is charged with the fight against corruption but the EFCC stands out as the best in the continent because they have demonstrated by wide and deep that corruption can be tackled without sacred cows.

“We have seen that they have recovered monies from individuals who in other countries they are seen as sacred cows and are untouchable.’’

Earlier in his remarks, Acting Chairman of the EFCC, Ibrahim Magu, narrated the achievements of the commission in the last four years.

“The convictions secured by the commission since the beginning of this administration reflects a positive progression.

“Despite these records, corruption remains a challenge in our country. I believe that the fight against corruption requires a deeper stakeholder approach. The private and public sectors are critical players in this regard,” he said.

While thanking President Buhari for support and non-interference to the affairs of the commission, Magu also commended some state governments for establishing institutional mechanisms to fight corruption.

The one-day summit later went into a plenary session, where papers were presented by renowned stakeholders and scholars on how to curb electoral violence and embezzlement of public funds.

The decision is part of the company’s resolve is to support various governments’ initiates towards moderating the effect of the Pandemic on our teeming youths who are currently idling away at home to build ICT skills that are in global demand from home, and even begin to earn income.

According to Mr. Kayode Shobajo, Chief Executive Officer, HiiT PLC, all that is required of interested students to apply for the scholarship is to visit: www.hiit.ng/scholarship and complete the Scholarship Application Form. They should however note that this opportunity is on first come, first served basis. The courses on offer include Digital Marketing, Web Design, Digital Literacy, Cisco Certified Network Associate, Python programming and many others.

Shobajo disclosed that unlike most other online training platforms, HiiT Online Training offers Instructor-led training coupled with other training methods including live interactive classes, videos, slides, whiteboards and simulation labs to impact  IT skills that are in huge demands by employers.

“The teaching time and students’ interaction time mix are optimized to ensure the best online learning outcome for our cultural environment,” he said. “Our Instructors are highly skilled & well equipped to deliver lectures from their homes or anywhere they are comfortable. So, government lockdowns do not disturb our classes. Furthermore, our students can also gain access to the recorded classes at their own time from anywhere in the world.”

Speaking further on some of the courses on offer, Shobajo said Digital Marketing enables students gain comprehensive understanding of all major digital marketing channels used today as well as create, launch, and analyze campaigns across a multitude of platforms, including Facebook ads, Google Ads, Google Analytics, and more.

“Digital Marketing has become an integral part of marketing budgets and will soon overtake all other traditional channels of Marketing,” he said. “With the demand for digital marketers outweighing the supply, professionals skilled in digital strategy, consumer behaviour, content distribution, and social media are in high demand. This course aims to bridge that gap and create industry-ready Digital Marketers.”

On Web Design, Shobajo said with more communication and commerce being conducted online than ever before, the web provides incredible opportunities for Web Designers. At the end of the course, graduates of web design will play a central role in building dynamic websites and applications that deliver content in a variety of formats for multiple devices for organisations.

This course is designed to equip participants with the technical knowledge and skills to create well-designed websites in terms of aesthetics, using today’s modern web design tools.

Python, on the other hand, is a powerful general-purpose programming language. It is used in Web Development, Data Science, creating software prototypes, and so on. It has simple easy-to-use syntax. Students will learn the basics of Python, then move on to acquire skills on how to develop Web applications using the Django framework.

The course also covers the basics of creating basic applications using the MVC (model-view-controller) design pattern, as well as more advanced topics such as Administration, Session Management and Authentication.

According to Shobajo, HiiT has graduated over 50,000 students at its existing Training Centres located in Lagos, Abuja, Kano and Ibadan over the past 24 years, and therefore has pedigree as a Training Service Provider, inclusion of Online Training will simply be an extension of our known brand virtue of service par excellence.

And do not forget that we are also a profession IT company duly registered with Computer Professionals Registration Council of Nigeria (CPN).

HIIT’s mission is to provide quality and affordable access to Online Training/Education in such a manner that will be superior to other means using the criteria of Learning Outcomes and Return on Investment (ROI).

Dele Oyewale,  spokesman, EFCC, a statement on Friday, said it received a petition on the theft.

Investigation showed that the money was credited into the accounts of mostly BDC operators, including one Jaxmine BDC, Gona BDC and Great Well Communication.

Mohammed sourced for the account details of Jaxmine BDC from one of his friends, Lawal Ubah, who was a signatory to the account.

“He subsequently gave the details to one Salisu Liman (aka Zico), the ring leader of the syndicate. The sum of N450million was then credited into the account”, EFCC noted.

The sum of N79million was transferred from the account of Jaxmine BDC into the account of Digare BDC owned by Jogal for the purpose of buying $500,000.

Further investigations revealed that Jogal only paid $80,000 to Mohammed and kept the balance of $420,000.

The gang was arraigned before Justice K. A. Jose of the Lagos State High Court sitting in Igbosere, on three-count charges bordering on conspiracy, retention and use of proceeds of criminal conduct.

The accused pleaded “not guilty” to the charges, paving the way for the commencement of their trial.

Several documents were tendered in court by the prosecution.

Justice Jose found the defendants guilty on counts two and three, and discharged them on count one, which bordered on conspiracy to defraud.

Mohammed was sentenced to one year in prison.

He also directed that a car seized from him be sold and the proceeds given to Union Bank.

On Jogal, the judge observed that he showed no contrition, and failed to pay back a substantial sum of the money traced to him.

Jogal was sentenced to three years in prison.

The judge also ordered that his property, whose title documents he gave to the EFCC, be sold and the proceeds handed over to the financial institution.

Info Digital Africa, ID Africa, owners of Neusroom, The Netng and 234Star, has unveiled its Neusroom 100, a collection of 100 people, organisations, nations and things helping the world to fight the deadly COVID-19.

The list comprised of 40 people, 30 organisations, 20 countries and 10 things who have made remarkable contributions to the fight against coronavirus which has swept across the world in the last eight months since it was first discovered in the Wuhan city of China in November 2019. 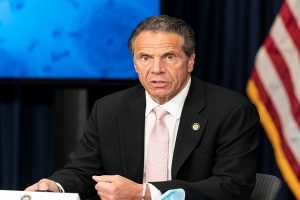 Each of the personalities, organisations and things celebrated on the list had a few paragraphs written to spotlight their contributions to the global response to COVID-19.

Sanwo-Olu who is the COVID-19 incident commander in Lagos – the epicenter of the virus in Nigeria, was described on the list as being pragmatic in handling the outbreak in the state.

“He has been leading a frontline response to the pandemic, sharing factual and relevant updates, calling for lockdown when it was necessary, and delivering stimulus packages to help the residents to cushion the effects of the lockdown,” the report read. 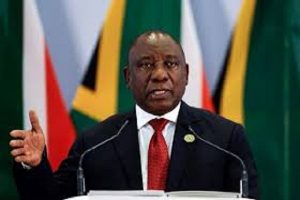 On Rajoelina, the report said he is one of the leaders who have been proactive about finding a cure for COVID-19.

It said: “He has overseen the development of a home-grown herbal remedy, which he promotes as the ultimate cure for COVID-19.”

Femi Falodun, ceo, ID Africa, said amid reports of deaths, suffering, social disruptions, conflicts and economic losses brought on by the outbreak, with very little in the media for the world to celebrate, the Neusroom 100 list was compiled as a “celebration of hope, and an acknowledgement of humanity’s collective will to survive.”