A new Code of Corporate Governance approved by the Central Bank of Nigeria (CBN) has stipulated that bank directors with non-performing loans (NPLs) are to either quit or be sacked.

Adedapo Adeleke, director, Bank Examination Department at the Nigeria Deposit Insurance Corporation (NDIC), said the new code was instituted to address the rising cases of insider bad loans, which not only represent a conflict of interest, but are against the prudential guidelines for the industry. 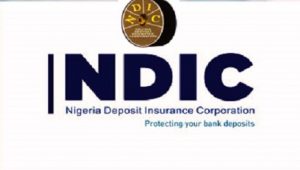 He said: “Banks’ assets have depreciated in the last three years, with provisions for NPLs hitting N856.9 billion, due to the drop in crude oil prices. A large part of these bad loans is owed by bank directors and are in most cases unsecured.

“The Corporate Governance Code for Bank Directors is signed by all bank directors at the point of their appointment, and has a section that empowers the banks’ boards to remove any director with insider non-performing loans.

“That section says: ‘If you are having non-performing loans, you will be removed. It is already being enforced except that the regulators are not being dramatic in publishing the names of affected directors,’” Adeleke said.

He added that delay or non-payment of workers’ salaries by government and private companies is worsening the level of non-performing loans in the industry.

Adeleke further lamented the rate of non-performing loans saying, “NPLs are in excess of 20 per cent as against the five per cent regulatory threshold.”

The NDIC director said when salaries are delayed, workers who have borrowed from banks, especially through consumer loans, always find it difficult to pay back. “If the economy is improving, and government can help to fulfill its responsibilities, including prompt payment of salaries, the level of non-performing loans in the industry will drop,” he said.

“If people working in companies that are troubled borrowed from banks, it is important that the loans be provided for when their employers can no longer pay salaries,” he said.

He, however, expressed confidence that the current rise in crude oil prices will impact positively on the banking industry and businesses and help reduce the rising cases of bad loans in the industry.