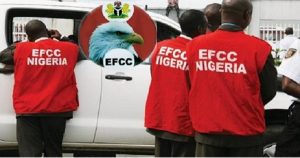 The EFCC charged Keshinro with nine counts bordering on theft, forgery and fraudulent use of account.

Mrs Bilikisu Buhari, EFCC counsel, said that the Polaris Bank staff committed the offence from 2016 to 2018 in Lagos.

Buhari alleged that Keshinro stole funds belonging to one Alhaji Ganiyu Oseni, whose account he managed.

“The defendant knowingly forged Baritos Nigeria Ltd’s document titled “Part Termination of Fixed Deposit – 1770522625 dated Dec. 12, 2016, and purported to have been signed and issued by Oseni.

According to the EFCC prosecutor, the defendant also forged three more Skye bank cheques which he fraudulently claimed were signed by Oseni.

“On Dec. 14, 2016 while being in the employment of Polaris Bank Plc, forged account number 1770522625 which was in the possession of his employer by making a debit of N10 million in favour of Hillcrest Solicitors.

“The debit was purported to have been ordered by Baristos Nigeria Ltd,” the prosecutor said.

“The applicant is not a flight risk, he has no prior criminal record. When he was granted administrative bail by the EFCC he always came to their office.

“He has been in custody since Dec. 17, 2019, I humbly pray that he be granted bail in the most liberal terms to enable counsel to have proper access to him,” Ehizoge said.

Buhari, however, opposed the bail application and asked that the defendant be remanded at the correctional centre due to the overwhelming evidence against him.

First Bank of Nigeria Limited, has announced that the 2020 edition of its annual FinTech Summit will hold next Thursday virtually through Zoom meetings.

The 2020 edition of the summit, which is the fourth in its series is themed; “How Blockchain and Artificial Intelligence will Disrupt FinTech in Nigeria” and will be discussed by experts, key and leading players, policy influencers and regulatory officials in the Nigerian financial, banking and technological climate.

Mr. Gbenga Shobo, deputy managing director, said, “The 2020 edition of our FINTECH summit will build on the successes achieved in the last three editions.”

BoI Increases Support for MSMEs to N53Bnthe Bank of Industry (BoI) has disclosed that it made a total disbursement of N53 billion to micro, small and medium scale enterprises (MSMEs)  in 2019, in demonstration of its commitment to the development the segment in the country.

This was announced at the Bank’s 60th Annual General Meeting held virtually in line with COVID-19 protocols of the federal government.

During the year under review, the BoI stated that it disbursed a total of N234 billion to a total 10,145 enterprises, thereby facilitating the creation of an estimated one million direct and indirect jobs.

Presenting the Group’s financial scorecard for the year 2019, Mr. Aliyu Abdulrahman Dikko, chairman, Board of Directors, stated “I am also pleased to report that the group’s balance sheet remains strong while our business operations are in line with both regulatory requirements and global best practices.”

However, he noted, the group’s total asset dropped slightly by 2.7 per cent to N1.04 trillion.

Interest income and interest expense increased by 20 per cent and 54 per cent on a year-on-year basis respectively, due to increase in loan book as well as the impact of borrowings.

He said, “in the course of the year, we made significant progress towards improving the size of our loanable funds, leveraging our strategic partnerships in the international market and the support of the Central Bank of Nigeria. The Bank was able to raise €1 billion (One Billion Euro) through syndication by international banks for onlending to SMES to create jobs.”

Mr. Kayode Pitan, managing director of BoI, described the year under review, which marked the 60th anniversary of Nigeria’s oldest Development Financial Institution, as a significant year for the Bank.

“As a Bank, we have survived 60 years and by God’s Grace, the Bank has done very well,” he said. “The balance sheet of the Bank, after 60 years, is now slightly over one trillion Naira; and the profit for last year was also very good.”

Beyond the profit, he said, the Bank made strong impact on the economy by disbursing over N200 billion in 2019 to over 10, 000 different institutions and organizations, including the about 60 per cent increase in disbursement to the SME segment.

Access Bank has urged its customers to remain vigilant and beware of the common tricks used by fraudsters to rob them of their monies. 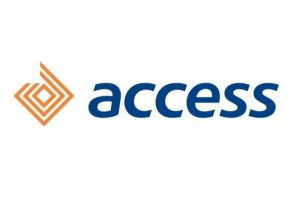 He implored customers to take more responsibility in safeguarding their funds and offered reassurance of the bank’s commitment to providing information relevant to identifying and fending off fraudsters.

He said: “Over the last few months, the number of reported fraud cases has spiked considerably.

This is not unexpected as the current economic hardships experienced due to COVID-19 have caused many to be vulnerable.

However, this trend has become very disturbing, while we urge customers to become more aware of the tactics employed by fraudsters. Access Bank will continue to educate customers on how to avoid falling victims as well as deploy resources to ensure the security of customers’ funds.

“The bank has identified smishing, phishing, social engineering, and identity theft as the most common methods used by fraudsters.

To aid the fight against this common enemy, we have put more power in the hands of our customers, through the 901911# USSD code. We have provided a platform through which customers can immediately deactivate their USSD profile by dialling 901911# from any phone in the event their mobile devices get lost or stolen.”

Responding to queries made by customers about the fraudsters approaching them, while disguising as the bank’s staff, Etuokwu added that “customers should be on alert as the bank will never ask for personal information such PIN, BVN, 16-digit card number, CVV, Password, OTP or Authentication Code for the mobile banking app. We urge our customers to ignore such calls, text messages or emails”.