The GSMA on Wednesday launched a new report that encourages governments to pursue policies that incentivise investment and promote development of digital economies, building an inclusive digital future for their citizens.

The report, “Embracing the Digital Revolution: Policies for Building the Digital Economy,” developed in collaboration with Boston Consulting Group (BCG), calls on policymakers to encourage digital advancement and prepare for the changes that lie ahead, while highlighting the risk of inaction.

“Digital and mobile technology has delivered far-reaching social and economic benefits at both the global and national levels,” said John Giusti, Chief Regulatory Officer, GSMA. “As the digital and mobile revolution continues to accelerate, new technologies — artificial intelligence, robotics and the Internet of Things — promise great benefits but also continued disruption resulting from the digitalisation of many industry sectors. Forward-looking policies can enable citizens, businesses, societies and countries to prosper, improving lives and livelihoods, while mitigating the possible adverse effects that can accompany economic change.”

The Power of Digital
Digitalisation enables businesses to operate more efficiently and to access new markets and customers.

Digital technologies can better connect government with its citizens and have a major impact on day-to-day life, from shopping and banking to entertainment and connecting with friends and family. The report estimates, for example, that digital technologies will influence up to 45 per cent of all retail sales by 2025.

GSMA research has examined the positive impact that mobile has on the worldwide economy. The mobile ecosystem generated 4.2 per cent of global GDP in 2015, a contribution of more than US$3.1 trillion of added economic value.1

The benefit consumers receive from mobile technologies can be quantified using the economic concept of consumer surplus, which is the value that consumers receive, over and above what they pay for devices, apps, services and internet access.

BCG research in six countries (Brazil, China, Germany, India, South Korea and the United States) showed that mobile technologies have created US$6.4 trillion of annual consumer surplus, which is more than the individual GDP of every country in the world, with the exception of China and the United States.2

Mobile: Transforming Everyday Life
Digital and mobile technology is transforming the everyday life of billions of people around the world.

As an example, until recently, the cash-based system for paying school registration fees in Côte d’Ivoire led to multiple problems, including time wasted by parents standing in long queues and the risk of robbery, which threatened the safety of parents and children and reduced Ministry of National and Technical Education (MENET) revenue collection.

In the 2014-2015 school year, more than 99 per cent of students paid their registration fees digitally, with 94 per cent of payments made via the country’s three mobile money providers.

Mobile technology can play an important role in speeding up birth registration and the provision of unique identities in underserved communities.

In 2011, a partnership between the Tanzanian Government, mobile operator Tigo and UNICEF set out a five-year birth registration strategy that aimed to make the process more affordable, efficient and widely accessible.

When the new mobile registration system was first piloted, the registration rate of children under the age of five in the pilot areas increased from 8 per cent to 45 per cent within six months. Since then, the mobile registration system has successfully registered more than 420,000 births and, by the end of 2019, it is expected that 90 per cent of newborns and 70 per cent of all children under the age of five in these areas will be registered and have certificates.

Policymakers Face a Choice
Despite the many benefits of digitalisation, the pace of change creates the possibility of a gulf between those who are digitally connected and those who are not.

Governments have an important role to play in creating a policy environment that allows for an inclusive digital society where few feel threatened or left behind.

The report encourages policymakers to be the architects of change by using policy to drive change and transform their economies for the benefit of all citizens. Policymakers have the power to create the best possible outcomes for the technological future in their country, whatever the level of socioeconomic development, if a number of key factors are put in place:

A trusted environment for digital interactions

“Governments have a critical role to play in creating an inclusive digital future by establishing a policy framework that incentivises network investment, by ensuring laws and regulations reflect the realities of today’s digital world, and by promoting digitalisation across the economy and society,” Giusti said.

FGs Says Telcos Must Get Listed on NSE or Face Penalties 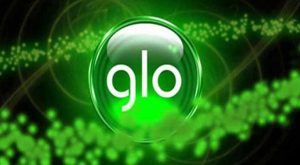 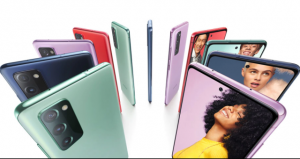