If you hang around IT circles a lot, you must have heard the words virtualization and virtual machines thrown around in conversations. You’ve probably even heard that these things can save costs and capacity for organizations, and help them grow. 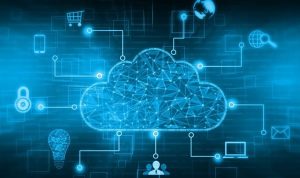 Perhaps you’re already wondering how your business can enjoy these benefits.

This article explains what virtualization is, and takes you through some of the concepts involved with it. It also shows how your company can gain on multiple fronts from adopting virtualization technology.

Virtualization is the process of creating virtual versions of operating systems, servers, and networks.

To understand this, let’s remind ourselves what a ‘virtual’ thing is. That word refers to a non-real representation of something real. For instance, there’s Virtual Reality (VR) which is supposed to mirror reality in some way but isn’t real.

So in virtualization, we create virtual copies of operating systems, servers, networks, and other resources. Instead of these items existing within single sets of hardware, we could have multiple virtual resources existing on a single set of hardware.

For instance, you could have two operating systems— Microsoft Windows and a Linux –running on the same computer. Or you could have several applications on just one server.

But how is this possible?

Today, we operate our computers with very fast CPUs and servers. Typically, we would host a single operating system on one computer, or one application on a server. This often leaves these resources with plenty of unused capacity.

With virtualization, you can make the most of that capacity by running several virtual systems on each of them.

Virtualization happens when a virtualization layer is created to separate the hardware component of a system from the user. This separation allows for the creation of several ‘virtual machines’, or virtual computers each with its operating system and applications. These virtual machines and OS exist on a single physical machine or computer.

There are various types of virtualization, involving different kinds of resources.

The Benefits of Virtualization for Your Business

Here’s how virtualization can help your business.

With virtualization, you can handle workloads on a single system that would have taken you two or three such systems to get done. Each system can take multiple operating systems, which means you can deal with different tasks on each OS.

If you don’t have to acquire new infrastructure for every new hire or branch that you open, you’ll save a lot of costs. That’s what virtualization helps you achieve. You only use a fraction of your usual expenses, because you’re making the most of existing resources.

You will need fewer people and tools to manage your resources. That’s because there’s a lot more you can track and take care of from fewer devices.

One problem with running single operating systems and applications on computers and servers is that it consumes a lot of energy. If you had several virtual machines on a single system (with each one running an OS) you would only need to power a single physical system instead of many.

This means your energy bills will be smaller. But it also contributes to environmental sustainability.

When there’s a network outage, you risk losing important files. Even if you have them backed up in hardware on site it may take days to retrieve.

With Disaster Recovery, you can have virtual versions of your operating systems, servers, and networks come on within minutes of an outage. This saves your files and allows you to carry on with work in a very short while.  Ultimately, it reduces or eliminates downtimes, allowing you to deliver uninterrupted service to your customers.

Some IT service companies like Layer3 provide Disaster Recovery as a Service (DRaaS) to their clients. It’s an important part of the business continuity strategy for many of these organizations.

As your resource optimization improves, you’ll find that you don’t need a lot of physical space to host your resources. If you’re able to partition hardware and use virtual servers, you’ll only need a fraction of the data center space you would require if you were going on without deliberate virtualization.

Your team will get more work done when they can use multiple resources. They can turn to the ones that work best for each situation, and call on a wider range of applications whenever they need to get things done.

With increased productivity, there’s the prospect of higher revenues. And because you’re also spending less on fewer physical resources, your margins will likely be higher, and your profits could expand (other things held constant).

Where Can You Get the Best Virtualization Service?

Many firms offer virtualization services. They do so directly, or through partner companies that are closer to client businesses. If you’re in Nigeria and you would like to save costs and grow your business with virtualization, you can do this with Layer3.

Layer3 has partnered with VMWare, the world’s leading provider of virtualization services, to deliver the world-class virtual capabilities your business needs. From digital workspaces to virtual cloud networks, our range of solutions will enable you to maximize your resources, and reap more from your IT investments.

Would you like to find out how virtualization can help you improve your business processes? We can help you. Get in touch with us HERE, and we’ll take things up from there.Layer

NIMC Says Over 100m Nigerians Have no Form of ID

There were 3.8 million malware attacks and 16.8 million Potentially Unwanted Applications (PUA) detections over a 7-month period in Nigeria, according to Kaspersky security solutions.

Elsewhere in South Africa, there were almost 10 million malware attacks and a staggering 43 million PUA detections, showing the growing desperation of the attacks.

The company reported on 28 million malware attacks in 2020 and 102 million detections of potentially unwanted programs (pornware, adware etc.) accounted for by the beginning of August 2020.

These numbers show that it’s not only the malware that attacks users but also the “grey zone” programmes that grow in popularity and disturb their experiences, while users might not even know it is there.

Potentially unwanted applications (PUAs) are programmes that are usually not considered to be malicious by themselves.

However, they are generally influencing user experience in a negative way. For instance, adware fills user device with ads; aggressive monetising software propagates unrequested paid offers; downloaders may download even more various applications on the device, sometimes malicious ones.

“The reason why ‘grey zone’ software is growing in popularity is that it is harder to notice at first and that if the programme is detected, its creators won’t be considered to be cybercriminals. The problem with them is that users are not always aware they consented to the installation of such programmes on their device and that in some cases, such programmes are exploited or used as a disguise for malware downloads,” said Denis Parinov, a security researcher at Kaspersky.

By taking a closer look at PUA, it becomes apparent that they are not only more widespread but also more potent than traditional malware.

Evaluating results over the same 7-month period in Nigeria, there were 3.8 million malware attacks and 16.8 million PUA detections – which is four times as much.

Kenyan and South African threat landscapes have been more intense. In South Africa, there were almost 10 million malware attacks and a staggering 43 million PUA detections.

Web giants including Facebook have struck a deal with advertisers on how to identify harmful content such as hate speech, after an impasse over the issue which led to boycotts of the platform.

The agreement — which also included Twitter and YouTube — laid out for the first time a common set of definitions for hateful statements online.

In July, hundreds of advertisers including big-name consumer brands suspended advertising with Facebook as part of the #StopHateForProfit campaign, saying the social-media titan should do more to stamp out hatred and misinformation on its platform.

And earlier this month a group of celebrities — including Kim Kardashian, Leonardo DiCaprio and Katy Perry — stopped using Facebook and Instagram for 24 hours, to push a similar message.

The World Federation of Advertisers (WFA) said in a statement Wednesday: “Facebook, YouTube and Twitter, in collaboration with marketers and agencies through the Global Alliance for Responsible Media have agreed to adopt a common set of definitions for hate speech and other harmful content and to collaborate with a view to monitoring industry efforts to improve in this critical area.”

The alliance was founded by the WFA and includes other major trade bodies.

According to the WFA, key areas of agreement included applying the alliance’s common definitions of harmful content; developing reporting standards for such content; establishing independent oversight; and rolling out tools for keeping advertisements away from harmful content.

The WFA said that properly defining online hate speech would remove the current problem of different platforms using their own definitions, which it said made it difficult for companies to decide where to put their ads.

“As funders of the online ecosystem, advertisers have a critical role to play in driving positive change and we are pleased to have reached agreement with the platforms on an action plan and timeline in order to make the necessary improvements,” said Stephan Loerke, chief executive of the WFA.

He said: “The issues within the online ecosystem are complicated, and whilst change doesn’t happen overnight, today marks an important step in the right direction.”

Speaking in July, Facebook’s founder and chief executive Mark Zuckerberg said he remained adamant that the company did not want hate speech on the social network.

On Wednesday, the company’s vice-president for global marketing solutions, Carolyn Everson, said the agreement gave all parties “a unified language to move forward on the fight against hate online.”

Nigeria, Others Facing ‘Millions of Cyber Attacks’ in 2020

Nigeria, Kenya and South Africa, continues to fall victim to millions of malware attacks and Potentially Unwanted Applications (PUAs), according to the latest research from Kaspersky.

The IT security firm says its security solutions have reported on 28 million malware attacks in 2020 and 102 million detections of PUA (including pornware, adware) accounted for by the beginning of August 2020.

PUAs are programs that are usually not considered to be malicious by themselves, Kaspersky explains. However, they are generally influencing user experience in a negative way.

By taking a closer look at PUA, it becomes apparent that they are not only more widespread but also more potent than traditional malware, according to Kaspersky.

“Evaluating results over the same seven-month period in Nigeria, there were 3,8 million malware attacks and 16,8 million PUA detections – which is four times as much. Kenyan and South African threat landscapes have been more intense.

These numbers show that it’s not only the malware that attacks users but also the ‘grey zone’ programs that grow in popularity and disturb their experiences, while users might not even know it is there.

While calculating interim results of threat landscape activity in African countries, the researchers noticed that PUAs attack users almost four times more often than traditional malware. They also eventually reach more users: for instance, while in South Africa, the malware would attack 415,000 users in seven months of 2020, the figure for PUA would be 736,000.

“The reason why ‘grey zone’ software is growing in popularity is that it is harder to notice at first and that if the program is detected, its creators won’t be considered to be cybercriminals.