Konga Travel and Tours, a 21st century lifestyle travel booking agency, has unveiled Kelly Junior Babatunde, a professional footballer, as the inaugural winner of its Rolls Royce promo which kicked off on Monday, February 10th, 2020.

The lucky flyer, a native of Ijumu, LGA in Kogi State, emerged winner of the first digital raffle held on Monday evening.

The elated Babatunde is scheduled to fly Ethiopian Airlines to Turkey on Wednesday, February 12th on his way to try out for a Turkish club side with whom he hopes to sign a professional contract.

Equally important, the Rolls Royce promo, which kicks off on Monday, February 10, until Tuesday, March 31, 2020, offers customers of Konga Travel a chance to travel in style with a chauffeur-driven ride to the airport in a Rolls Royce.

Consequently, Babatunde who will be picked up by the Rolls Royce for the ride to the airport, will be the first to enjoy the VIP experience.

‘‘All my friends as I will be traveling, I will tell them that Konga Travel is the best. You can go through them as they are reliable.

Further, Kelly, the eldest in a family of five children, revealed that he had previous delightful experiences with the Konga brand.

‘‘Initially, I have had a deal with Konga before. My girlfriend bought me a gift on my birthday. She got it through Konga. So, they delivered it fast and exactly at the exact location and time promised. I was very impressed.

‘‘After that, I was at a sales outlet in Abuja on my way to board a flight to Lagos when I encountered a Konga Travel advert, offering very good discounts for flights. I was shocked at the cheap rates offered. Other flights were offering between N47,000 to N50,000 for flights to Lagos but the Konga Travel advert was offering as low as N27,000. Since those two incidents, I fell in love with Konga. I have never been disappointed by them,’’ he disclosed.

The graduate of Business Administration of Oduduwa University, Osun State, disclosed that he was invited for trials after videos of his sterling football displays got officials at Turkish club, Izmir interested in his services. Further, he noted that he had always been cut out for a career in football.

Meanwhile, new winners will be selected in the Konga Travel Rolls Royce promo through the weekly digital raffle. Also, prospective travellers can book their discounted flights online at travel.konga.com or offline in any Konga Travel retail store nationwide.

Intending flyers who book their flights during the promo period, between Monday February 10 and Tuesday, March 31, 2020, stand a chance to be selected for the special treatment in the Rolls Royce.

Apart from being picked up and chauffeur-driven in grand style to the airport, lucky winners of the Konga Travel Rolls Royce promo are also in for the time of their lives with in-car refreshments during the ride to the airport and red carpet reception upon arrival at the airport, while also enjoying the privilege of having Konga Travel assist with their check-in formalities.

Having emerged on the scene less than two years ago, Konga Travel, which was recently named the Most Innovative Agency by global airline, Virgin Atlantic, has distinguished itself. Within a short space of its existence, the company has grown nearly 25% on a month-on-month basis, acquired all the requisite and major travel certifications and rolled out multiple physical store locations nationwide.

In a statement, Max Amuchie, founder/CEO of Sundiata Post Media, said Dealboku is an idea whose “time has come”.

Amuchie said Dealboku is different from other conventional online shops where goods are sold at shelf prices, as its e-commerce platform is an online deals marketplace where merchants are made to sell same products and offer same services at a discounted price.

“We have built a robust platform that is unique in its approach to e-commerce. Both buyers and sellers are assured of excellent customer care and quality products and services at discounted prices,” he said.

According to him, “with the establishment of Dealboku, Sundiata Post has made history as the first media platform in Nigeria to go into the full e-commerce business”.

In her remarks, Hannah Atomode, Dealboku’s project consultant, said the goal of the platform is to help customers get good discounted deals to their doorsteps.

“The team has been working very hard to build a beautiful and user-friendly website. This is a platform that comprises various products and services from fashion, automobile, furniture, foods, beauty, food, Spa and wellness, hotels, online training etc,” she said.

“The payment system is not cumbersome, it is so simple and easy to use.”

AtaraPay, an online escrow service has reiterated its commitment toward redefining and enhancing cash on delivery service in Nigeria in a way that promotes trust, transparency and protects the interest of both parties. 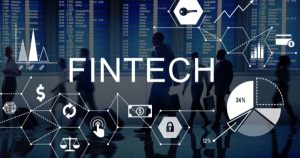 Yemi Adebiyi, Executive Director of TrustPay Technologies Limited, made this known in a statement in Lagos, where he said the emergence of e-commerce in Nigeria has changed the way Nigerians buy and sell goods.

He said that although bias and skepticism against online shopping persist, over time more consumers have begun to embrace the concept of purchasing items online and getting them delivered at their doorstep.

He said: “The advent of the COVID-19 pandemic has also made it imperative for sellers to diversify their sales channel to include an online, omnichannel strategy.”

He noted that, however, over time increased cases of internet fraud, frequent internet payment transaction failures only served to worsen the perception of customers paying online without physically inspecting the goods.

Adebiyi pointed out that as a workaround, cash-on-delivery options quickly became a popular choice with customers who preferred to double-check items in hand before paying in cash. This served as an approach to address the trust deficit and guarantee quality assurance.

He said that the introduction of escrow service by African start-ups such as AtaraPay, Paylock, Truzo has come in handy in addressing the issue of trust between buyers and sellers in a way that promotes transparency and protects the interest of both parties.

Adebiyi explained that AtaraPay’s business relationship with Consolidated Hallmark Insurance Plc enables it to provide a service that can be trusted and reliable enough to take away the monetary bottlenecks and resolve every crisis during transactions.

“This is a safe way to strike an equilibrium between customer and merchant credibility while eliminating fraud in the process,” he added.

Konga to Employ over 100,000 Nigerians through Konga Affiliate Project

Konga, composite eCommerce giant has revived YUBOSS, a stellar reseller scheme now re-christened as Konga Affiliate through which it is offering millions of smart unemployed and under-employed Nigerians an opportunity to earn unlimited income and ultimately achieve economic freedom by partnering with the company.

Built upon the very popular YUBOSS scheme which the company floated under Yudala, the central idea behind the revamped Konga Affiliate programme is Konga’s burning ambition to reach the unreached and under-served Nigerians in the hinterlands and other parts of the country through the affiliates whom it has identified as critical partners in this initiative.

This is in addition to the desire to reach more of the growing band of savvy, quality-minded Nigerians in search of a reliable channel for their purchases.

Specifically, the programme affords affiliates who sign up a chance to earn unrestricted income through mouth-watering commissions on every successful sale of products on the Konga platform.

Most importantly, hardworking and successful affiliates can grow through the ranks to ultimately become the owner of a Konga franchise store.

Affiliates can also enjoy access to credit facilities and training resources, mentorship opportunities with renowned entrepreneurs and global business leaders as well as sponsorship of mega deals and contracts.

In addition, the programme which has a structured progression path has been touted as a useful way out of the current harsh economic crunch and rising unemployment which has hindered the ambitions of millions of smart Nigerians in search of opportunities to make an honest living.

The dire situation is further compounded by the rampaging COVID-19 pandemic which has hobbled businesses the world over and in Nigeria.

Prince Nnamdi Ekeh, co-chief executive officer, Konga Group, says the company is looking for hardworking, determined Nigerians it can empower and invest in to create wealth through the programme.

‘‘The Konga Affiliate programme which we have relaunched online at affiliate.konga.com is one of the strategies we are deploying in providing creative employment opportunities for millions of Nigerian youths.

“Our target remains the unemployed and under-employed. In fact, we are looking for partners that we can invest in through the programme.

‘‘As it stands, one of our ambitions at Konga is to ensure we reach more of the unreached and under-served Nigerians in majority of the 774 local governments across Nigeria.

‘‘There is no doubt that unemployment is on the rise. However, the efforts of government in creating jobs cannot cater to the army of unemployed and under-employed which is rising by the day.

“Through the Konga Affiliate programme, we are giving many Nigerians a way out of their current difficult circumstances into ultimate economic freedom.

‘‘Our goal is to see each successful affiliate, in turn, become an employer of labour. This is one of the fastest ways of reducing the spiralling unemployment and under-employment rates in Nigeria and giving hope to many,’’ he concluded.

Intending affiliates can register for a chance to join the programme at affiliate.konga.com