In its bid to unify the telecommunications cables in the state, the Lagos State House of Assembly has approved the request of Governor Babajide Sanwo-Olu for a Unified Fibre Infrastructure and Connectivity Project under the state’s Public-Private Law. 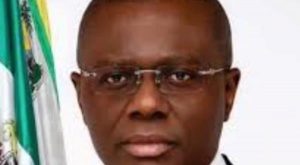 The project is being handled by Messrs Western Telecommunications And Engineering Services Metro Limited.

The approval was a sequel to the report of the House Committee on Public-Private Partnership, PPP, presented by the Chairman of the Committee, Mr. Lukmon Olumoh representing Ajeromi/Ifelodun 1, during plenary on Thursday 14th May 2020. Olumoh, however, revealed that the project was about laying of fibres by the concerned company and that it had nothing to do with 5G or Coronavirus.

“There would be a singular cable for all of the telecoms companies. It is about a fibre network, it has nothing to do with 5G at all.

We have been burying cables all around, it is the same cables that they want to bury. We just want to unify the cables”, he noted. In a letter signed by Governor Sanwo-Olu on the project and read on the floor of the House during by the Speaker, Mr Mudashiru Obasa, who committed it to the Committee on PPP, for scrutiny before the ratification of the House.

The letter was titled; “Request For Ratification by the Honourable House Of Assembly of the Lagos State Unified Infrastructure And Connectivity Project.”

The committee, according to Olumo, deliberated on the matter by inviting the Office of Public-Private Partnership, OPPP, with some of their officials and the concessionaire.

According to him, “The agreement letter mandated implementation of a “Dig Once” policy in a bid to eliminate fragmentary and or constant digging of state roads and associated Rights of Way of Operators.

“The agreement further stipulates that the project partnership will last for an initial term of twenty-five (25) years, which may be extended by the parties, in writing, prior to its expiration or by effluxion of time, on mutually agreed terms and conditions.

“By agreement, the company is to pay to the state coffers a fee of ten (10) per cent of the revenues generates from the lease of the ducts to operators.

“In addition, the company will also provide the State Government with duct capacity and dark fibre to Points Of Interest (POI) in accordance with agreed terms,” the Chairman said in the report.

The Committee, however, concluded that “having put into consideration the requirements set down in Section 26 of the Lagos State Public-Private Partnership Law, the Committee recommends that the State Government should enter into an agreement with Western Telecoms and Engineering Services Metro Ltd for the implementation of the contract for the Lagos State Unified Fibre Infrastructure and Connectivity project in accordance with the Public-Private Law of the State.”

The report was subsequently approved after members debated on it and a voice vote, which was supervised by the Speaker was cast.

Indigenous computer makers under the aegis Certified Computer Manufacturers of Nigeria (CCMON) has said that the continuous patronage of foreign made Personal Computers is sabotage against Nigeria.

The computer manufacturers, at the weekend, also expressed concern about what they called none implementation of the federal government’s local content policies.

Engr. Mrs. Adenike Abudu, president, CCMON in a virtual press conference said that government was not effectively monitoring the implementation of her policy directives on local content in public procurement.

Recall that the Nigeria’s local content policy directs all Ministries, Departments and Agencies (MDAs) of government to patronize made in Nigeria computers as a priority choice.

Foreign brands of PCs are continuously and publicly been embraced to the detriment of local companies, she said.

Abudu, said the continued disregard of the presidential Executive Order 3 and Executive Order 5 in preference for foreign brands was stifling and killing local capacity and growth.

This, she said, is a development that may, if not checked immediately, lead to the extinction of the local OEMS with the attendant loss of jobs and capital flight that will otherwise have been retained in the country for growth and development.

The board of Vodacom Business Africa (Nigeria) Limited, a wholly-owned subsidiary of the Vodacom Group has appointed Mr Valentine Chime, as the new managing director for its operations.

Ago stated that Chime would drive the Company’s vision of becoming Africa’s leading cloud and digital service provider.

She quoted Chime in the statement as saying “Vodacom Business Africa (Nigeria) Limited is well-known and very respected in the industry, and I look forward to taking up this mission.

“Covid-19 has accelerated digital transformation, and we are perfectly positioned to deliver intelligent connectivity through seamless delivery of cloud and digital services and technologies to our clients.

“We are about simpler, seamless solutions; I look forward to building on this and growing the business.”

Ago said that Chime had earlier held various C-suite positions in a number of portfolio companies in different sectors.

Over the weekend, Atlas Petroleum International has resumed work over activities and well interventions on OML 109 in Nigeria in order to enhance production from the Ejulebe marginal field.

Awarded to Atlas Petroleum International in 1991, the block entered into production through the development of the Ejubele discovery in September 1998.

OML 109 comprises 14 identified and mapped prospects and leads, and an un-risked resource potential in excess of 500 million barrels of oil equivalent.

Its low cost operating environment in shallow water and proximity to existing oil and gas infrastructure such as the Escravos Terminal make it one of the most attractive assets in the Niger Delta, with significant untapped and under-explored hydrocarbons potential.

“The renewed development of OML109 will bring a boost to local content development in Nigeria, and support the industry’s recovery following the Covid-19 crisis.

As Nigeria multiplies efforts to build domestic capacity and develop the Nigerian content, we intend to live up to expectations as one of the country’s major indigenous player”, declared Prince Arthur Eze, Executive Chairman or Atlas Oranto.

“We expect the ongoing wells interventions on OML 109 to deliver quick wins on the recovery and enhancement of production from the field, and express our thanks to the Department of Petroleum Resources for facilitating all permits,” he concluded.

Atlas Petroleum International and Oranto Petroleum represent one of Africa’s largest Nigerian and privately-held exploration and production group. The companies currently have an extensive footprint across the African continent, holding 22 oil and gas licenses in 12 jurisdictions.

Improvement in Infrastructure Will Drive Data Cost Down- NCC