Lagos State government has offered a duty incentive to the operators of e-hailing platforms like Uber, Bolt, by reducing their statutory operational licencing fee and renewal fee by 20 per cent. 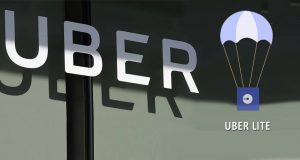 This implies that each e-hailing firm will now pay N8 million per 1,000 cars fresh licencing and renewal, instead of N10 million initially announced.

The state government also  reversed the plan to impose a 10 per cent service charge on every trip made through e-hailing platforms.

Frederic Oladeinde, commissioner for Transport, made this known to newsmen, after a three-hour meeting of Governor Babajide Sanwo-Olu, some executive council members and e-hailing operators at Lagos House, Marina.

From the communique read out after the meeting, the enforcement of the new regulations will now take off from August 27, 2020, instead of August 20 initially announced by the Government.

The parties, Oladehinde said, also agreed on the procurement of comprehensive insurance by the e-hailing companies to cover their drivers and passengers.

“We also discussed the issue of service tax, which was initially defined as 10 per cent charge. We have come to resolution that the levy will become a flat fee of N20 per trip. We no longer call it service tax; we now call it Road Improvement Fund, which will be levied per trip. We also came to resolution that there will be reduction in operational licence by 20 per cent. Likewise, the renewal fee has been reduced by 20 per cent, going forward.”

Oladehinde said the State Government had granted all drivers on the e-hailing platforms an extension of 90 days to perfect all documents and licences, required for operation, including driver’s licence and Lagos State Residents Registration Agency cards.

The Commissioner disclosed that the Government would create a special office for the drivers to fast track necessary registration and documentation before the deadline.

Speaking on the controversial issue of data, Oladehinde said, “We are not asking the e-hailing companies to release detailed data. All we are asking from them data for trip movement, so that we can calculate the right charge and levy due to the Government. This data is to be supplied every week.”

Oladehinde said there was no burden of additional levy on passengers that will be using the e-hailing services, noting that residents’ interest has been protected by the Government.

MTN Nigeria has announced the introduction of its new Visitor SIM specially designed for guests travelling into the country.

The Visitor SIM comes pre-loaded with an appealing package that includes local and international call and data bundles.

This package will enable people visiting from other countries to stay connected with their friends, family and business associates on MTN’s super-fast network.

MTN VisitorSIMs are easy for inbound international visitors to acquire, activate and use, in addition to which they offer far better value than any roaming tariff.

Not available from any other operator, the service is poised to deliver convenience and the best-in-class customer experience in line with MTN’s brand promise.

According to Adekunle Adebiyi, chief sales and distribution Officer, MTN Nigeria, “The new Visitor SIMs will ensure that before setting foot outside the airport, people visiting Nigeria can plug in, reconnect – to loved ones, associates, tools and information, and begin sharing their remarkable experiences, with no concern about roaming charges.”

MTN Visitor SIMs are available in the arrival halls of international airports and other ports of entry.

They are valid for 14 days, which can be extended up to 30 days via MTN’s self-service menus or USSD.

United Nations Children’s Fund (UNICEF) received the delivery of 115,800 COVID-19 test kits to support the fight against the COVID-19 pandemic in Nigeria. These supplies were funded by IHS Nigeria, the Nigerian subsidiary of IHS Towers.

Testing remains the mainstay of the response led by the Presidential Task Force and Nigeria Centre for Disease Control (NCDC) and the first step towards diagnosing the infection. Tests enable health officials to understand the COVID-19 status of an individual and link that person to care, support and treatment while contributing to the protection of families and communities.

“Testing remains a core strategy of Nigeria’s response to COVID-19. This is critical for understanding the burden of the disease on our population and targeting our response activities accordingly. The primary goal of the Nigerian Government is to control the spread of this disease.

“This donation from IHS Nigeria through UNICEF will contribute to the national stockpile of test kits managed by NCDC, and support efforts of the growing network of accredited laboratories across the country for the testing of COVID-19. We are grateful for the continued support from UNICEF, IHS Towers and other partners.” said Dr. Chikwe Ihekweazu, Director General, NCDC.

IHS Towers has been a strong and continuing partner of UNICEF. At the onset of the coronavirus in Nigeria in late February, IHS Nigeria provided funding to UNICEF to urgently procure essential supplies and equipment with which UNICEF supported the Government of Nigeria in its COVID-19 response.

“UNICEF is deeply appreciative of IHS Towers’ commitment to being a partner in UNICEF’s work in Nigeria. Once more, IHS has shown great generosity in supporting UNICEF’s ongoing efforts to work closely with the Government of Nigeria in the fight against COVID-19.

“I am very delighted to receive this huge contribution from IHS Towers, the benefit of which will reach many more children and their families“, said Peter Hawkins, UNICEF Country Representative.

“We are proud to have played an important role in supporting the Government and our communities where we operate to provide crucial tools needed to fight this pandemic. We understand this virus is here to stay for the foreseeable future, but are confident that with our support, and that of our other private sector colleagues, we are helping to manage and mitigate the impact of the virus in our country” said Mohamad Darwish, Chief Executive Officer of IHS Nigeria.

In a bid to support the fight against the Coronavirus disease, the International Federation of Red Cross and Red Crescent Societies (IFRC) along with its national society Nigerian Red Cross (NRC) has started the distribution of PPEs and risk communications efforts to the tune of N228 Million to support its COVID-19 interventions in Nigeria.

This is part of The Coca-Cola Foundation’s $2.5million grant to the International Federation of Red Cross and Red Crescent Societies (IFRC) to support the COVID-19 pandemic within the West and Central Africa sub-regions.

The grant, which leverages the long-standing partnership between The Coca-Cola Company and the International Federation of Red Cross and Red Crescent Societies (IFRC), seeks to support national efforts in the fight against the Coronavirus disease through the provision of essential medical supplies, personal protective equipment (PPE) and risk communications to impacted communities, healthcare personnel on the frontlines and treatment centres across the country.

“By providing healthcare workers with much-needed PPEs, we are confident that this will go a long way in ensuring their safety as they remain on the frontlines of the fight against COVID-19.

“Coca-Cola is proud to support the Red Cross as we deliver on our purpose of making a difference across the world”.

Expressing his gratitude for the donation, Abubakar Kende, secretary-general for the Nigerian Red Cross Society explained, “We have identified the facilities in urgent need of these PPEs in consultation with NCDC and the Federal Ministry of Health and will subsequently be distributed to these centres.

“This will ensure that treatment centres across the country are properly equipped with necessary PPEs as we continue to fight the disease”.

IFRC seeks to directly impact the lives of over 1.4 million people in Nigeria and across other countries in West and Central Africa under this partnership. For over a century, The Coca-Cola Company and the International Federation of Red Cross and Red Crescent Societies (IFRC) have sustained a rewarding partnership that has seen the rehabilitation and preservation of human lives across the world through the delivery of humanitarian aid and emergency response to communities affected by disasters.