Dr. Isa Ali Ibrahim Pantami, minister of Communications and Digital Economy, has given Prof. Adeolu Akande, new chairman, Board of Commissioners of the Nigerian Communications Commission (NCC), a marching order to hit the ground running by providing necessary direction for effective regulation of the telecom industry in Nigeria.

The event took place at the Minister’s office in Abuja.

The miinister said the NCC Board led by Akande must “hit the ground running”. The Minister, who said “there is no time for celebrations now and no time for honeymoon”, declared that “we would congratulate the NCC Board after you must have completed your tenure with resounding successes and achievements that have positive impact on Nigerians.”

The minister emphasised the need for the NCC Board to totally sanitise the industry of improperly-registered Subscriber Identification Number (SIM) cards and to develop regulations on the number of SIM cards an individual or organisation can have at any particular time, as well as ensure seamless integration of SIM data with the national database of the National Identity Management Commission (NIMC).

Meanwhile, Prof. Akande, who spoke after the oath of office, assured of his readiness to work with other members of the Board and Management team of the Commission to exceed expectation in providing quality directions for effective regulations of the nation’s telecommunications industry.

Akande, who served as Chairman of the Board of National Information Technology Development Agency (NITDA) before his present appointment, said there is no doubt that the NCC, as the nation’s telecom regulator, has a major role to play in the development of the Nigerian economy, especially in the area of effective regulation that can bring efficiency across sectors.

Akande is enthusiastic that the telecommunication sector will improve its contribution to the GDP and enhance the status of the security architecture of the country.

Prof. Akande said: “We want to thank everybody who has been with us since our nomination by the President in the last two months. There is no doubt that NCC has a major role to play in our national life at this time, especially in the area of security. For instance, many people on the street believe that security of lives and property will be bolstered once NCC is able to properly address issues connected to Subscriber Identification Module (SIM) registration because we would have helped to resolve a critical percentage of our security issue significantly”.

“I know our Minister is someone, who normally sets high expectations and standards. I have worked with him at NITDA and I know he is somebody who normally expects the best from his team. To this end, I give you the commitment of the Board and management of NCC to work together to meet and exceed expectations,” he said. Akande also thanked all relatives and friends who attended the event.

Akande, a professor of political science and notable scholar of media and politics, was nominated by President Muhammadu Buhari as Chairman of NCC Board on December 23, 2019. He was subsequently confirmed on February 5, 2020 by the Senate, the upper chamber of Nigeria’s federal bicameral legislature.

With the swearing-in of Akande and Onwude, NCC now has a fully-constituted Board of Commissioners as stipulated in the Nigerian Communications Act (NCA), 2003, and all the six geopolitical zones are represented on the Board. 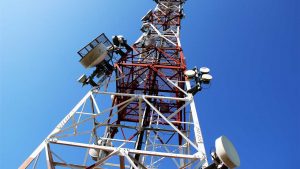 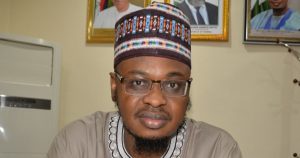