MTN Nigeria and Microsoft Nigeria have signed a Memorandum of Understanding (MoU) to collaborate on the creation of sustainable and scalable initiatives aimed at driving growth within the Small and Medium Enterprises (SMEs) segment of the Enterprise Business in Nigeria.

The partnership will leverage Microsoft’s technologies and MTN’s innovative expertise to create strong value propositions for the SMEs Segment.

These propositions will speak to the needs of SMEs around capability development, access to markets and business networks across Africa; and address some of their challenges through the creation of innovative solutions.

The MoU signing ceremony which took place recently at Microsoft’s office within Civic Towers, Victoria Island, Lagos, had top Executives from both Microsoft and MTN in attendance.

Onyinye Ikenna-Emeka, General Manager, Enterprise Marketing, MTN, expressed the company’s unwavering commitment to the success of businesses, be they SMEs, Large Enterprises or in the Public sector.

Recognizing the significant contributions of SMEs to the country’s economy, Ikenna-Emeka conveyed MTN’s strategic position of collaborating with SMEs to create bespoke solutions specially designed to help grow and sustain other SMEs in the country.

Mrs. Ikenna-Emeka, Speaking further on MTN’s support of SMEs in Nigeria, said “We launched the MTN Man-In-The-Box Initiative to further demonstrate our commitment to the development of businesses and ensure their sustained business growth”.

She stated that the Initiative was designed to create and sustain awareness for MTN’s Enterprise Business and its focus to provide and facilitate access to technology, new markets, information and finance for SMEs.

In his remark, Country General Manager, Microsoft Nigeria, Akin Banuso stated: “Our approach at Microsoft has been one of empowerment and collaboration.

“We work with SMEs and as we learn from them, this makes us poised to provide tailor-made solutions to the challenges they face on a daily basis.

“We are excited about this partnership and looking forward to provide support to the SMEs through the Microsoft 4Afrika initiative.

“This means that we are able to empower them to digitally transform their businesses and be more productive and competitive.”

Ikenna-Emeka reiterated MTN’s belief that everyone deserves the benefit of a modern connected life.

By implication, every organization, whether small, medium, large or the public sector equally deserves the same benefit.

She also stated that MTN’s vision of leading the delivery of a bold, new digital world to Corporate Nigeria is at the heart of all the company’s activities, affirming that MTN is proud to be a Technology provider of choice to Enterprise Nigeria. 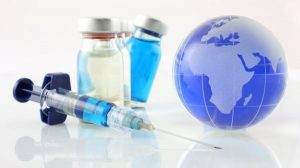 The launch comes at the same time as the appointment of 54gene as the Nigeria country partner for the International Registry of Healthcare Workers Exposed to COVID-19 (UNITY Global) Study.

In partnership with Certara, a global leader in biosimulation, 54gene will provide clinical trial management oversight and support for all aspects of the study conducted in Nigeria.

The research division is led by Kemi Williams, VP, Clinical and Regulatory Affairs, who brings years of driving clinical excellence, delivering regulatory competency, and ensuring operational efficiency to the company.

On the launch of the Clinical Program Services division, 54gene Chief Commercial Officer, Jessica Rich said, “The inclusion of Africans in clinical programs is critical to the production of medicines and health products that are more efficacious and safe for people of African descent.

It is vital that we continue to collaborate with African researchers and institutions to generate data that meets the scientific rigor found in worldwide studies and to increase African inclusion in global studies. It is essential that more research takes place on the continent and we are ready to be part of that change.

“Alongside key partners like Certara and other important stakeholders across the continent, the UNITY Global Study is a great opportunity for some of the best clinical teams across Sub-Saharan Africa to come together and ensure outcomes of any COVID-19 studies are relevant to Africans. The insights generated from this program could potentially unlock breakthrough clinical discoveries that can improve health outcomes for millions of people globally.”

The registry’s primary objective is to examine the link between the use of preventive treatments and the occurrence of SARS-CoV-2 infection in healthcare workers providing care to patients with COVID-19.

With the nature of the virus and its impact on the global healthcare system, it is crucial to develop guidance and policies for protecting healthcare workers, who are at the frontline of combating the disease.

The registry will collect information on a weekly basis from enrollees across a 12-week period.

Data collection includes medications being taken by healthcare workers, their level of exposure to COVID-19 patients, their health status, and other factors such as the use of personal protective equipment (PPE), which would likely mitigate their risk of SARS-CoV-2 infection.

In addition, the registry will record SARS-CoV-2 antibody test results. The study is funded by a grant from the COVID-19 Therapeutics Accelerator.

Roman Casciano, general manager of Certara’s evidence and access group added: “Healthcare workers have a high incidence of severe COVID-19 as they are repeatedly exposed to individuals infected with SARS-CoV-2.

With limited evidence on the effectiveness of the preventative measures and treatments currently being used, collaborating with key partners such as 54gene is invaluable for expanding the current body of research.”

“Through our country partners’ support and findings from the registry, we hope to provide meaningful data to inform decision making that will help protect healthcare workers worldwide battling COVID-19 on the frontlines.”

The Association of Telecommunications Companies of Nigeria has announced November 12, 2020 as the new date for its Annual General Meeting & National Executive Council Election.

The Annual General Meeting & National Executive Council Election which was postponed because of the COVID-19 Pandemic will now hold
at Victoria Crown Plaza Hotel, Victoria Island, Lagos by 2pm.

Ajibola Olude, executive secretary, ATCON, stated this in a statement released on Wednesday.

Ajibola said, “Recall that the tenure of the National Executive Council 2018 – 2020 which would have ended in May 2020 was extended to forestall the leadership vacuum that would have occurred because of the inability of the Association to hold its Annual General Meeting due to the lockdown order by the Federal Government to curb further spread of COVID-19 Pandemic.

“The Association upholds a culture of corporate governance and is set to have another election that would usher in a new set of National Executive Council that would direct the Association for the next two years.

“As part of upholding the principle of transparency in the conduct of the forthcoming election into various positions in the National Executive Council of the Association, we are pleased to officially announce to all the CEOs and Directors of all our qualified member companies to take active part in the in Annual General Meeting (AGM) and Election into the National Executive Council (NEC) of the Association”, he added.

New Hampshire Metering Services to Deploy over 400,000 Meters for DisCos 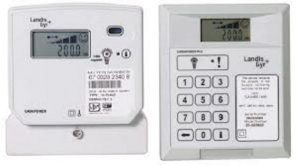 Mr. Isaac Omoyeni, general manager, Operations of New Hampshire, disclosed this recently in a chat with some Journalists in Lagos.

He stated that the company entered into long term metering services contracts with both DisCos to finance, procure, install and manage prepaid meter assets and also ensure the provision of prompt metering services to electricity customers in both Discos.

He added that the deployment and installation of the meters are currently ongoing in all of these locations.

Mr. Omoyeni further stated that the meter roll-out program by the company which began in 2019, would soon enter its second phase, which is the mass metering of electricity customers within its coverage areas under a monthly payment amortization plan.

New Hampshire has also entered into meter purchase agreements with several local meter assemblers to purchase their assembled meters in line with the local content requirement of the MAP regulations.

In addition, Mr, Omoyeni stated that New Hampshire has developed proprietary technology systems and meter installation apps to manage the installation and commissioning of prepaid meters.

He said that “Our Meter Ordering Services (MOS)system is our technology platform which was specifically designed to ensure seamless end-to-end provision of metering services to electricity customers, from procurement to the installation and commissioning of the meters at the customer’s premises”.

He said that the company’s MAP operations currently provide direct employment for over 400 meter installers and field engineers who handle meter maintenance and repairs.

According to Mr. Omoyeni, “we would engage more than 1,000 trained meter installers when we fully commence our mass metering roll-out”.

“The company has been able to build capacity using local workforce and youths within our areas of operation and enjoy significant support from our host communities who are major beneficiaries of our local labor recruitment” he said.

Mr. Omoyeni stated that while the MAP scheme has recorded significant success so far, there are several challenges facing the implementation of the scheme. One of such challenges is the inability of MAPs to secure foreign exchange to import sufficient quantities of prepaid meters, as well as the 35% import levy charged on prepaid meters.

He lamented that the inability of local meter manufacturers and meter assemblers to meet the 30% local content supply requirement as stipulated by the MAP Regulations has further constrained the company’s determination to accelerate the meter roll out program.

He thanked the Federal Government for granting a one-year waiver on the 35% import levy to allow MAPs carry out bulk procurement and importation of prepaid meters to meet the demand of electricity customers. However, he called for the immediate implementation of the Presidential waiver, as well as a clear framework which MAPs can access the presidential waiver.

Asked if the waiver of the 35% import levy would negatively affect local production of prepaid meters, Mr. Omoyeni stated that the existing in-country capacity for local meter manufacturing and assembly of meter components is not sufficient to meet the huge demand for prepaid meters by electricity customers.

He lauded the CBN for the new meter financing framework but however, asked that the CBN framework be aligned with the existing MAP regulations so as to achieve the objectives and goals of the MAP regulations and finally close the metering gap in the power sector.

However, he advised that the objective of the CBN should be to promote true local meter manufacturing and not just the mere assembly of meter components imported from China.

Furthermore, he said, Nigeria loses revenues on the lower import duty payments for SKD meter components, in addition to other fiscal incentives like tax waivers and other incentives provided to the local meter assemblers.

Mr. Omoyeni stated that the medium term plan for New Hampshire is to develop its own indigenous smart meter technology, which would be manufactured in Nigeria for the Nigerian and African markets. He stated that the company’s transition from a MAP to a true meter manufacturer is one of the benefits to the Nigerian economy from the MAP Regulations.