Following the growing cyber security challenges in West Africa, Nigeria Security Conference 2017 (NaijaSecCon’17) is being convened to educate the participants on the techniques deployed by hackers.

It will be recalled that a report by Trend Micro Incorporated, a global leader in cyber security solutions, in collaboration with INTERPOL, on Monday released research on cybercriminal activity in West Africa, showing that scams targeting individuals and businesses have grown exponentially since 2013.

West African cybercriminal activity is driven by two types of threat actors: Yahoo Boys and Next-Level Cybercriminals. Yahoo Boys, named for their reliance on Yahoo apps to communicate, became the primary type of cybercriminal in this region in the early 2000s.

They focus on less technically advanced schemes, including advanced-fee, stranded traveler and romance scams under the supervision of a ringleader. Next-Level Cybercriminals are able to execute more sophisticated attacks, such as Business Email Compromise (BEC) and tax scams. The more complex attacks take more time and investment, but the average BEC scam results in a payout of $140,000, making it worth the extra time and effort.

“Our ongoing collaboration with INTERPOL is aimed at mitigating the risks posed by cybercriminals around the world, with this research specifically focusing on cybercrime in West Africa,” said Raimund Genes, chief technology officer for Trend Micro.

“While there is not yet an actual underground marketplace, cybercrime is pervasive in West Africa. Both the approach to cybercrime and the manner in which threat actors communicate lead to a cybercriminal ecosystem unlike any other we’ve experienced thus far. The unique nature of the problem also presents its own set of roadblocks in bringing these criminals to justice.”

Speaking to Nigeria CommunicationsWeek on expectations at the conference, Rotimi Akinyele, said that NaijaSecCon’17 will unveil the latest cyber attacks, techniques and tactics used by today’s hackers and demonstrate ways for participants to protect their networks and critical data.

“Whether you’re a large corporation or a small business, you should attend this mind-blowing event.

“Consequently, the NaijaSecCon17 hosts as part of its maiden ‘Cyber security Conference, a Capture The Flag (CTF) Competition’”.

The CTF competition, Akinyele said is aimed at promoting interest in cyber security and identify individuals and teams with recognition-worthy skills.

“Come and See budding and full-fledged Cyber security enthusiasts {n00bs and 3lit3s} race against time to solve challenges and capture flags in our Hackathon, with challenges including, but not limited to Network Security, Programming, Cryptography, Web Application Security, Reverse Engineering and Digital Forensics.

“It is a battle of wits, skills and humour, to see who would conquer. The winners go home with a cash prize of N200,000.00 Naira”, he told Nigeria CommunicationsWeek

6 Signs Your PC is About to Crash 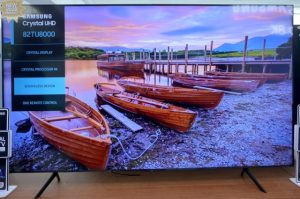