Network subscriber information as at the end of June posted on NCC’s website showed that Glo gained 2.8 million new customers between February and June this year.

The figure translates to 21% share of the Nigerian telecoms market, and places Glo second to MTN which has 56,516,759.

Airtel which briefly occupied the second position early this year falls to the third place with 25,302,160 subscribers and 20% market share. Etisalat retains the fourth position with 19,390,285 customers which represents 15% share of the market.

Instructively, while Glo and Etisalat made gains between the last time NCC released subscriber figures in February, and now, MTN and Airtel recorded losses.

In effect, between end of February and June end, Glo added 2,836,996 new subscribers to its network, while Etisalat recorded 1,270,888 new customers.

On the other hand, MTN lost 666,986 subscribers, while Airtel also lost 892,176 customers, the highest loss within the period.

Glo also retained its position as the network with the second largest internet subscription in the country with 14.3m active subscriptions.

MTN is in the first place with 34m, while Airtel and Etislat have 12m and 6.8m active internet subscriptions respectively.

Industry sources believe that the massive network upgrade recently embarked upon by Glo and its bouquet of new service offerings may have given it the edge over other operators.

The network expansion involved swapping of old base stations with new ones and modernization of existing infrastructure into a state-of-the-art network software and hardware. It also involves achieving 90 percent 3G coverage, the first in the industry, making it possible for Glo data subscribers across the country to experience significant service enhancement.

Glo has since inception been reputed for fast pace of deployment, efficient services, array of value added services as well as strong and unique marketing initiatives.

Half the World to Be Connected by 2017

Mondia Pay is a leader in the digital payment space and provides a simple, fast and secure way for consumers to pay for services using their mobile phone.

Huawei has been working closely with Mondia Pay, the MEA region’s top digital payments fintech company, as part of its commitment to supporting developers in the MEA region. This strategic partnership will allow for increased DCB coverage and IAP (In-App Purchase) kit capabilities for global developers.

As a result, Huawei and smartphone HONOR users in almost 20 countries including, Egypt, South Africa, Tunisia, Nigeria, Tanzania, Madagascar, Liberia, and Botswana, will be able to make cashless payments securely without the need for bank cards by downloading the app from Huawei’s Application Store, AppGallery. In addition, Mondia Pay will also market Huawei’s games content in Egypt.

The number of mobile internet subscribers in Sub-Saharan Africa has quadrupled since the start of 2010 (World Bank Data) and, for many consumers, it’s the only way they can get online. With low credit card penetration rates in most markets, contactless, online payment solutions can reach wider audiences looking to consume digital content.

“This new partnership with Huawei is an endorsement of Mondia Pay’s industry expertise and deep routed knowledge of Africa. Customers across the continent will benefit from our fully integrated digital payment technology to make frictionless payments in a fast, safe and secure manner. We also support the natural progression towards cashless societies, fast-tracked by current affairs such as COVID-19,” said Simon Rahmann, CEO Mondia Pay.

Adam Xiao, Managing Director, HMS and Consumer Cloud Service for Huawei Consumer Business Group MEA, said: “We welcome the opportunity to partner with Mondia Pay to provide our users across the MEA region with even more payment options.

Mondia Pay allows for contactless payment without the need for bank cards in a safe and secure manner that protects the privacy of users. This partnership is part of Huawei’s ongoing commitment to make it easier for local and global developers to offer their services to millions more people in the MEA region.”

Mobile technologies and services are expected to significantly increase in Sub-Saharan Africa, with over 137 million new mobile subscribers forecast to be added in the region by 2025.

This is according to the latest “Mobile Economy Sub-Saharan Africa 2020” research report released by the GSM Association (GSMA) to coincide with the GSMA Thrive Africa virtual event.

It consists of an in-depth study that explores the latest data, forecasts and mobile trends for the region.

According to the report, mobile-enabled platforms and services will increasingly disrupt traditional value chains in Sub-Saharan Africa, as it remains the fastest-growing mobile region globally, with 477 million mobile subscribers at the end of 2019.

The additional 137 million subscribers expected over the next five years will take the total mobile subscriber base to just over 614 million, representing around half the population in the region and a CAGR growth rate of 4.3%.

While spectrum availability will promote strong growth in 4G and 5G connectivity over the next few years, 3G mobile connections will continue to dominate the region, says the GSMA.

The report calculates the strong growth in mobile connectivity across Sub-Saharan Africa will generate around $184 billion in economic value contributed to the region’s GDP by 2024.

“Realising the full potential of a progressive digital future requires an informed policy debate. Governments and policymakers should implement policies to enhance access to connectivity and drive investment in more resilient digital infrastructure for the future.

This is crucial to reactivating the region’s economy post-COVID-19 despite the sizable contribution mobile technologies and services generated in 2019, growing at 9% of regional GDP.”

The COVID-19 pandemic has had a profound impact on the digital landscape around the world, and the mobile industry in Sub-Saharan Africa has largely risen to the challenge of keeping individuals and businesses connected during the pandemic, despite changes in data consumption patterns, the report points out.

However, with nearly 800 million people in the region still not connected to the mobile Internet, it has never been more urgent to close the digital divide, it advises.

Mobile money services, infrastructure and mobile-based content/services, as well as the application of mobile big data for social good, are expected to record the highest rise in the next five years, notes the report.

“The 2020s will see strong growth in the number of Africans connected to mobile broadband. As 4G and 5G grow together throughout the decade to come, spectrum preparation can drive cost-efficiency and promote growth,” according to the GSMA.

“Efficient and effective management of spectrum is also key to maximise the opportunities that mobile connectivity can bring to society. Making sure the required spectrum resources are available under the right conditions will lower broadband costs, increase coverage and boost connectivity.”

In 2018, mobile technologies and services supported almost 3.5 million jobs (directly and indirectly) and made a substantial contribution to the funding of the public sector, with almost $15.6 billion raised through taxation, according a previous report.

As countries increasingly benefit from the improvements in productivity and efficiency brought about by the increased take-up of mobile services, this is expected to significantly boost the informal economy, which accounts for a large part of the mobile ecosystem in Sub-Saharan Africa, notes the GMSA.

Nigeria and Ethiopia will record the fastest growth rates of mobile connectivity, between now and 2025, growing at 19% and 11% respectively, it adds. 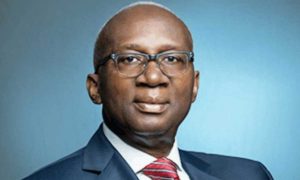