The World Economic Forum (WEF) has developed new blockchain principles to help individuals and companies build trust and preserve the fundamental values of the technology. 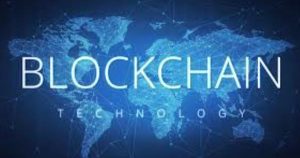 According to WEF, COVID-19 has accelerated the development and use of emerging technology across industries.

It says for blockchain technology to scale in its next phase, global alignment between the public and private sectors is needed.

The WEF’s Global Blockchain Council developed the “Presidio Principles: Foundational Values for a Decentralised Future” that it believes will play a crucial role in scaling blockchain technology.

Market analyst firm Gartner says blockchain is not yet enabling a digital business revolution across business ecosystems and may not until at least 2028, when it expects the technology to become fully scalable technically and operationally.

Co-designed at the WEF’s offices in the Presidio of San Francisco, the 16 principles aim to protect users and preserve the values of the technology so that all can benefit.

“The blockchain ecosystem needed a baseline for designing applications that preserve the rights of users,” says Sheila Warren, head of blockchain and data policy at WEF.

“During our council meeting, we realised we could help curb many of the mistakes and missteps seen so far if we were able to provide developers, governments and executives with a ‘Bill of Rights’-style document.”

It notes the principles include a menu of options for how organisations or individuals can take action.

The genesis for this idea came during the first meeting of the forum’s Global Blockchain Council in 2019.

The content was developed and workshopped in sessions around the world, including at the annual meeting in Davos 2020, with a variety of members of the blockchain community, government officials, civil society members and business leaders.

A public comment period on the developer platform GitHub was open from 10 April to 5 May.

“Our Global Blockchain Council membership reflects varying ideological perspectives on what blockchain technology is appropriate for and where it is going, ranging from Bitcoin maximalists to enterprise service providers,” Warren says.

“This highly opinionated group came together and agreed the blockchain community needed the foundational principles we are presenting today. Agreement from across council members, despite their divergent perspectives, indicates the critical need for a values-based document like this in order to ensure the technology remains true to its roots as the application layer starts to scale.”

The forum is partnering with ecosystem leaders from Hyperledger and Ethereum, as well as the consulting and investor communities, to issue specific guidance documents around how the principles can be implemented on a more tactical level.

Additionally, Global Blockchain Council members will partner with individual organisations, associations and membership-based entities and investors for virtual sessions on how companies can meaningfully implement the principles in their operations.

Access Bank Urges Customers to be Wary of Scams

Nova Merchant Bank Limited has a sound risk management structure, good understanding of the business environment and customer base, according to Anya Duroha, its managing director/chief executive officer (CEO). 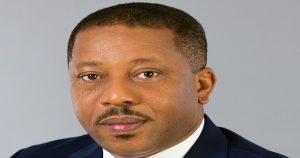 Duroha  also said that the bank’s clients are at the heart of everything they do at Nova, adding that “this is enshrined in our promise to our customers. We provide end to end financial services solutions covering corporate banking, investment banking”

According to Duroha the bank’s Non-Performing Loan (NPL) ratio has remained at zero per cent and that the bank did not take any forbearance from the Central Bank of Nigeria (CBN) to restructure its loans.

Speaking at virtual interactive session with reporters in Lagos, he said that despite the economic crisis triggered by the COVID-19 pandemic, healthcare businesses and their value-chain were  thriving.

He advised financial institutions to embrace innovation, while understanding the businesses they are funding.

He added: “The traditional ways of doing business cannot suffice. Therefore, every bank or financial institution needs to get very creative about the products they sell and how they offer these services in the market.”

He pointed out, however, that despite the pandemic, there are sectors that are doing in the market. He listed these to include information technology, fintechs and healthcare.

“Therefore, banks would need to refocus and support those industries clearly, even while fulfilling their role of working with the sectors that are not performing very well, to bring them back on stream. It is something we take very seriously. One of the things we do at the advisory side of our business is also to work with industries we had identified that are struggling to see how we can work with them,” he said.

According to him, since inception, Nova Merchant Bank has been an information technology-driven bank. This, he said has placed the bank above its peers in the industry.

Aribidesi Lawal, risk manager, Visa West Africa, has cautioned that the change in consumer habit that has led to increased online shopping among consumers also comes with the attendant risk from fraudsters who are beginning to trail shoppers online, with the intent to defraud them. 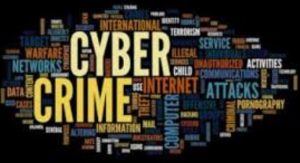 He said as the COVID-19 pandemic and its economic impact were likely to extend into 2021 and beyond, consumers and merchants must begin to adapt to safe and reliable digital commerce, which he said would address the threat from online fraudsters who seek to defraud shoppers that have found online shopping as a convenient channel to trade on goods services.

According to him, nearly every part of daily life of consumers has changed as the world continues to fight back against COVID-19.

Most observers agree that the increased focus on digital commerce by consumers and merchants will likely remain even after a vaccine is found and the economy rebounds, he said.

“It is therefore important for merchants and financial institutions to adapt now to support consumer behavior through safe, reliable digital commerce, Lawal said.

He explained that the pandemic had forced more consumers to shop online, but cautioned that the shift to online channels by consumers has also triggered a shift by the fraudsters.

Citing the global increase in the number of consumers that shop online Lawal said: “In Nigeria, more consumers turned to online shopping for the first time with 42 per cent of shoppers starting to purchase food via e-Commerce platforms.

He, however, said where consumers go, fraudsters follow and Visa’s Payment Fraud Disruption (PFD) team had seen a similar shift in fraudulent activities/fraud attempts from in-store to online.

According to him, “Between March and April 2020, there was a rise in fraudsters establishing short-term “COVID”-named merchants and using these fraudulent merchants to perform account testing and enumeration.

“This is where fraudsters use merchants or financial institutions to guess account numbers, expiration dates and CVV2/security codes through automated testing. This activity is often marked by high volumes of low-dollar declines.

“Our Visa team also saw an increase in ecommerce skimming attacks, where fraudsters inject malicious JavaScript code into the websites of merchants and service providers to digitally harvest payment information such as billing address, account number, expiration date, and CVV2 from the checkout forms on ecommerce pages.

The Omni Lite App, is targeted at enhancing the banking experience of its large pool of Commercial Banking customers.

The App is a highly secure, world-class and integrated electronic banking platform designed to help Clients manage their Business accounts online in a secure, flexible, efficient and convenient manner.

It is a fully integrated multi-geography, multi-lingual and multi-currency online, web-based cash management platform. The App is being launched by the Ecobank Group across 33 countries in Africa where the Bank operates.

Speaking in Lagos,  Carol Oyedeji, Executive Director, Commercial Banking, Ecobank Nigeria, said the new App is in line with Ecobank’s policy direction to meet and surpass customers’ expectations, noting that it will bring flexibility, safer and convenient banking to the users. She disclosed that it is available to existing Omni Lite users, urging them to download it from the Apple Store (IOS) or the Play Store (Android).

“With the new Omni Lite App, users can view their accounts and transactions in one place, make payments and pay bills with ease, set up multiple users with different access launch, make and manage loan payment, book time deposits and view exchange rates.

This electronic portal also allows customers manage all their online business, banking transactions and information 24/7.  With easier navigation and experience that is perfectly suited to smartphones, clients can enjoy features similar to the desktop version.” She stated

Its state-of-the-art architecture meets international safety standards and it is designed to enhance productivity and manage cash flow. These largely enhance the cash management capabilities of Businesses which include account services, payments, collections, liquidity management, detailed and customisable reports, amongst others.