Muhammad Nami, the Chairman of the Federal Inland Revenue Service (FIRS), has said that only 41 million pay taxes in Nigeria out of the over 200 million population in the country. 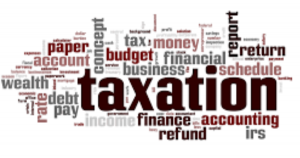 Nami made the disclosure at the ‘Public Presentation and Breakdown of the Highlights of the 2022 Appropriation Bill’ in Abuja over the weekend.

He said that in spite of the 41 million tax payers in the country, Nigeria still earned lower than what its counterparts across Africa generates from Personal Income Taxes (PIT).

“If you also compare that with South Africa where they have a total population of about 60 million people, with just 4 million taxpayers, the total personal income tax paid in South Africa last year was about N13 trillion. You can now see that these things are not adding up.

“So if we don’t pay these taxes, there is no way the government will be able to provide the social amenities required, the critical infrastructure required for the wellbeing of the country,” Nami said.

He said that the total collection up to Sept. 31 which has not been fully reconciled with the Central Bank of Nigeria (CBN) and the Nigerian Customs is about N4.2 trillion, from this amount, oil related taxes accounted for only 22 per cent which is N950 billion only, the non oil taxes generated was within that period is N3.3 trillion.

“People are not willing to pay even when they are appointed as agent of collection, whatever they have collected they find it difficult to remit.

“We assume that we are a rich country, I don’t think that is correct, we only have the potential to be rich, because we have a very huge population of about 200 million.

“If you look at it from the rate of taxes paid in Saudi Arabia with a population of 10 million people, the VAT rate is as high as 15 per cent and what we have in Nigeria is just 7.5 per cent,” Nami said.

He also said that Nigeria, an oil-producing country, could not be compared to a small country like Saudi Arabia, saying “we are still not there.”

“The money from taxes will go a long way, by providing social amenities, among others.”

“The government remains mindful of the need to provide safety nets to cushion the impact of reform measures on the vulnerable segments of the population.”

Dear Reader, Your support matters. But we believe that technology makes life more exciting and helps improve the lives of people around Nigeria and indeed the world. That is why, we have devoted our energy to independent reportage of technology and finance and how they affect lives. Our incisive and analytical view of how technology news affects the daily life help individuals and organizations make up their minds. Quality journalism costs money. Today, we're asking that you support us to do more. Kindly support our effort to deliver technology and finance journalism to everyone in the world. Donate as little as N1,000. Bank transfers can be made to: UBA Plc 1017156876 Communication Week Media Ltd

Abhilash Narayan, senior Investment Strategist at Standard Chartered, has said the Central Bank of Nigeria (CBN) may be seen to devalue the naira by as much as 10 per cent in 2022.

“Clearly the FX market is constrained but we are seeing some positive development lately with higher oil prices. Nigeria may consider resetting the currency and can see 10 per cent depreciation from N414 to around N450-460 in 2022.”

The apex bank has devalued the currency three times since March 2020 as lower oil income put pressure on the nation’s reserves. Last year, the currency was devalued 8.6 per cent to N414/$.

The International Monetary Fund in a recent report advised emerging economies including Nigeria to allow their currencies to depreciate in response to tighter funding conditions and an imminent policy tightening by the Federal Reserve Bank of the United States.

Steve Brice, chief investment officer at Standard Chartered, during the webinar said interest rates will get higher in the US but not as high as is being speculated.

The Federal Inland Revenue Service (FIRS) will make the taxation of the digital economy its priority, this year.

According to him, “the FIRS will deploy technological tools in assessing entities that fall within the Significant Economic Presence (SEP) threshold and relevant turnover generated from Nigeria.

“With the amendment of Section 10 of the VAT Act by the Finance Act 2021, we will implement the published Guidelines on the Simplified Compliance Regime on VAT for Non-Resident Suppliers, to collect VAT on digital supply of services and intangibles to Nigeria.

“The Service has deployed a digital service interface, the Digital Economic Compliance (DEC) Tool, to facilitate the implementation of the regime.

“The implementation of the DEC Tools will also assist the Service in determining entities that fall within the SEP threshold and relevant turnover generated from Nigeria. This tool will go live shortly.”

The Chairman warned that any person or organization that refused FIRS access to its information technology system would be penalized.

His words, “We will seek to achieve 100% automation of all our tax administration processes, which will block revenue leakages and revolutionize revenue generation.

“In line with the amendment to Section 25 of the Federal Inland Revenue Service (Establishment) Act in the 2021 Finance Act (through Section 18 of the 2021 Finance Act), any person who fails to grant the Service access to its information technology systems to connect to its automated tax administration solution is liable to penalties under the law.”

Mr. Nami noted that in the year 2021, the Service had leveraged on the amendments to its Establishment Act to embark on “a major infrastructure overhaul, focusing on the deployment of technology for the automation of its processes and procedures,” thereby deploying its home-grown integrated tax administration system, TaxPro Max.

He added that the Service “will focus on compliance and enforcement strategies in 2022, by leveraging on intelligence, strategic data mining and analysis, to enhance audit and investigation functions and implementing the penalty regimes in accordance with extant laws;”

The FIRS boss urged taxpayers, tax consultants, tax collection agents and other stakeholders in the tax system to partner with the FIRS in 2022 to make taxation and tax revenue collection a pivot for economic growth and national development.

The Securities and Exchange Commission has said technology, innovative financial instruments and the impact of the COVID-19 pandemic are transforming the operations of the capital market. 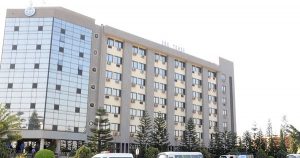 SEC said this while commending the Nigerian Exchange Limited, the Central Securities Clearing System, and other capital market stakeholders working to develop the market while dealing with the challenges brought to the fore by the COVID-19 pandemic and its variants.

Mr Lamido Yuguda, the Director-General, SEC, who spoke at a meeting with these stakeholders in Abuja on Wednesday, said, “The past two years have been challenging for the Nigerian capital market, which is largely a reflection of the pandemic-related unexpected challenges in global markets.

“However, the NGX has continued to deploy capable resources to tackle elements militating against the market’s growth. You will agree with me that the efforts made and gains achieved in this regard are as a result of the collective efforts of various stakeholders in the Nigerian capital market, including the commission and the NGX Ltd.

“This emphasises the importance of collaboration on the growth of our market.”

According to him, the launching of the Smart Surveillance System and X-Mobile App for retail trading; upgrading of the X-Issuer Platform to further enhance market integrity; and the X-Public Offer initiatives are achievements that support the common goal of building a world-class capital market.

Yuguda highlighted the challenging task ahead and the new threats brought forth by financial technology.

He said, “We all have a common interest in developing a healthy, viable and world-class capital market. At the bottom of the work we do at the SEC is investor protection.

“While trying to look at the rules, we should not forget that the ultimate goal of the commission is to have a fair and transparent market that is fair to investors.”

While speaking, Mr Temi Popoola, the Chief Executive Officer of NGX Limited, said the strong growth and market interactions in recent times could be attributed to the collaborative efforts of stakeholders.

He said, “A lot of opportunities exist for the capital market. Technology can be used to address the capital formations in the market and we are making progress in tapping that.

“We are on a digitalisation drive and we have started with the MTN offer which was done electronically, we need to improve on that going forward. That is the only way to unlock the demography of young Nigerians that are technology savvy. We are collaborating with relevant stakeholders to ensure what’s best for the ecosystem. We are exploring ways to strengthen the entire market infrastructure.”

5G Launches in US without Huge Impact on Flights

Alerzo and the Changing Narratives of the Nigerian Informal Retailers