At just N11, 900 for the decoder otherwise set top box, a subscriber can enjoy a life time of free channels.

The free channels are: Our Movies (Nolly); Our Movies (Globe); Our Music; Our Series; Yotomi tv; Our Sports; Sportify; and Speed Factor.

OurTv is promoted by Trefoil Networks Limited licensed by the Nigeria Communications Commission (NCC) and the National Broadcasting Commission (NBC) to provide a mix of services including ICT, broadcast, network and internet solutions.

Mr Onochie Amasiani, managing director of Trefoil Networks, said the new satellite TV is a hybrid platform that offers completely Free-to-View channels with no monthly subscription, PVF and IP to watch YouTube and other Over-the-Air.

Amasiani,  said that “We started the journey some years back and has culminated into what we are all proud of and to be associated with it.

“We know there are various players in the market but OurTV has a unique value proposition, which every Nigerian, home, family and business will be proud to associate with. Every Nigerian home will ask for OurTV for entertainment, relaxation, news, education, kids, and for everything you value from Television.” He said

According to Amasiani,  “OurTV is the first and only H265 DTH platform in Africa with over 18 unique and exciting channels. Protected by Verimatrix VCAS.”

OurTV is a hybrid platform that offers completely free-to-view channels with no monthly subscription, PVR and IP capability to watch Youtube and other Over-the-top (OTT) services.

International football legend, Samuel Eto’o Fils will be featured in the omnibus edition of the CNN African Voices Changemakers airing this weekend. 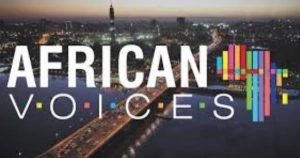 Eto’o,  who won the African Footballer of the Year laurel four times will be among other illustrious personalities from the African continent that will be showcased on the programme, sponsored by Globacom.

Others that will be showcased are Godfrey Nzamujo, a regenerative agriculture enthusiast, and  Yvonne Anuli Orji, a Nigerian-American actress who was catapulted to continental reckoning through her role as Molly in the Home Box Office  series Insecure.

It would be recalled that Eto’o was featured on the programme in May, 2020. The programme showcased his glorious career, which started with him playing for Kadji Sports Academy in his country. He later moved to Europe and joined one of its top clubs, Real Madrid, in 1997. From there he joined Real Mallorca and later Chelsea, Everton, and Qatar Football Club before retiring from professional football in 2019.

Also showcased in the omnibus edition is Yvonne Orji, a Nigerian, born on December 2, 1983, in Port Harcourt, Rivers State. Orji relocated with her family to Maryland in the United States of America when she was just six years old. She ventured into comedy after graduating from George Washington University with multiple degrees including a Masters in Public Health.

The young lady has become highly successful in the fields of acting and comedy. She was guest of TEDx Wilmington Salon in 2017 where her talk titled “The wait is sexy” explained her reasons for abstaining from sex before marriage.

Her compatriot, Godfrey Nzamujo, is also showcased. He shares his experiences in the areas of environmental protection, renewable energy – biogas, biofuels, rural energy development, sustainable agriculture in the tropics and the corresponding institutional framework, microbiology and soil fertilization.