Stallion Motors has refuted allegations that its operations were shut down owing to a court judgement arising from the company’s indebtedness to Nigerian Banks and Asset Management Corporation of Nigeria. 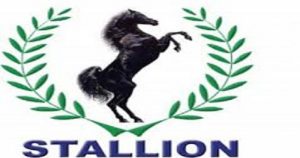 Mr. Anant Badjatya, group ceo, Stallion Motors, in a statement released on Friday stated that the news was completely baseless and false.

He explained that a few of their rented & leased properties were affected in the shut down because of the court’s ex parte order, which was done without any notice.

While stating that they will be unable to comment further on the matter because it’s under judicial consideration of which their legal team has appropriately taken it up with the judiciary.

The statement further stated that the company has banking lines with local banks for regular business operations like all other major conglomerates in Nigeria and clarifies that it does not owe N330B to the banks as specified by the media report.

According to the statement, “we enjoy a very good customer loyalty across businesses and have a sound financial position with more than N750B in assets with approximately N150B liabilities, most of which is a receivable from Federal Government, which translates into a very healthy debt to equity ratio.

“The published news articles as well as WhatsApp messages being circulated around are fake news being stirred up by business rivals.

“The entire incident started when a few of the Stallion showrooms in Victoria Island were sealed off on Tuesday 10th December as a result of ex parte order and this fuelled the media and public speculation”.

The statement further stated that no other properties have been affected anywhere else in the country, noting that some locations which were sealed off in VI are now open and working.

Stallion is completing its 50th year of establishment in Nigeria in 2019. It employs 4000 people directly and indirectly; it is one of the foremost conglomerates hugely invested in the country.

The philanthropic arm of Stallion, Stallion Empowerment Initiative focuses on education, healthcare, low housing and youth empowerment for the community.

It supports operation of 2 primary schools and 1 technical high school with 3600 students and a 75-bed hospital and low housing public estate respectively. The Foundation recently donated Naira 120M to the school and hospital for the upgrade of the facilities.

Likewise, in the auto sector, Stallion showed the conviction in the potential of Nigeria when it took over the moribund facility formerly used by Volkswagen of Nigeria (VON) and its German partners on the Badagry-Seme Expressway in Ojo, Lagos.

Stallion is the proud owner of VON. The company employs hundreds of employees in the sector and has invested more than N130B in auto sector from manufacturing to sales to service and after sales. Stallion is dedicated towards the well-being of the country.

Britain on Course for Brexit after Conservatives Win Big

The Rivers State government and the Shell Petroleum Development Company of Nigeria Limited (SPDC), energy company, recently inaugurated the Egi/Igburu Cluster Development Board (CDB) for pipeline communities to SPDC’s Assa North Gas project, which has a capacity for 300 million standard cubic feet of gas per day and the potential to be one of the largest domestic gas projects in Nigeria when completed.

Barrister Elloka Tasie-Amadi, State Commissioner for Chieftaincy and Community Affairs, at the ceremony, urged the Comrade Orikoha Ekwueme-led newly elected officials of the CDB to use the opportunity of leadership to make positive impacts that will improve living standards in their communities.

He said, “The state government is always available to support you. Always speak with your people, including the Community Trust Committees (which were also newly inaugurated). Adequate communication will ensure the buy-in of all your stakeholders”.

Also, at the inauguration, Mr. Igo Weli, SPDC general manager External Relations,  said, “The Global Memorandum of Understanding (GMoU), that you signed today, sets the framework for long-term partnership between SPDC JV and the Egi/Igburu Cluster. The GMoU runs on the principle of community-led development. Today, SPDC JV commits to providing funding to help you realise your community development aspirations.”

Represented at the ceremony by Dr. Banji Adekoya, SPDC External Relations Manager for Projects and Opportunities, he asked the CDB to “be prudent and implement projects and programmes that will deliver maximum benefits to the Egi/Igburu communities. Note that government, SPDC JV and the communities that you represent will hold you accountable for the judicious utilisation of the development funds.”

“With the inauguration, SPDC reiterates the company’s commitment to the Assa North Gas Project and to making it an exemplary one, particularly in Nigeria’s quest for energy sufficiency, for power generation and industrialization”, he said.

On its part, the new CDB committed to use SPDC’s award-winning GMoU agreement, which is a community-led sustainable development and interface management model that puts the communities in the driving seat in setting development priorities and implementation of programmes and projects to meet their needs.

The GMOU is a proven winning approach introduced in 2006, adopted across SPDC’s operational areas and provides a secure five-year funding for communities to implement development projects of their choice.

With the inauguration of the Egi/Igburu CDB, SPDC now has 40 active GMoUs in Abia, Bayelsa, Delta, Imo and Rivers States. Since 2006, SPDC JV has disbursed a total of $252 million to communities through these GMoUs.

The development will help the federal government deliver on its ambition to provide enough gas for domestic consumption, power generation and gas-based ammonia and urea fertilizers for farmers.

The Anzisha Prize, a partnership between African Leadership Academy and Mastercard Foundation, has revealed its top 20 finalists for 2020. Winners will be announced at this year’s Anzisha Prize Conference on 27 October 2020.

Organisers say this year’s application season saw a record 1 200 applicants vying for a chance to join the Anzisha Prize fellowship.

From these applications, 20 businesses emerged that were 45% percent female-owned and represented sectors such as agriculture, manufacturing and education.

Young entrepreneurs from Morocco, South Africa and Tanzania displayed impressive ventures that are tackling critical issues within their communities while also turning a profit. Through their businesses and entrepreneurial leadership skills, these job starters are paving a way for other young Africans to pursue entrepreneurship.

Selected as a top 20 finalist is 21-year-old Alaa Moatamed who is the co-founder of Presto, a company she describes as one of the leading delivery management platforms in Egypt. The venture provides business owners with an affordable and convenient delivery service for their customers.

Joining Alaa is 20-year-old Benjamin Mushayija Gisa from Rwanda who manufactures and packages natural organic products for consumption and for cosmetic purposes in the form of lotions and coconut soap.

“2020 has seen a global shift in the future of work. This year’s applicants have personified the resilience and innovation that Africa needs as we navigate our way into a post-COVID-19 future,” says Melissa Mbazo-Ekepenyong, Deputy Director of the Anzisha Prize.

The Anzisha Prize, a partnership between African Leadership Academy and Mastercard Foundation, has supported 122 entrepreneurs and 77 of those businesses have created over 2 000 jobs, with 56% of those being employment provided for young Africans under 25.

Through Anzisha, we’re reminded of what they can achieve when challenged and enabled to own and solve the problems they see around them. Now, as ever, the innovations that have emerged through the Anzisha Prize inspire and renew our faith in and commitment to their promise.”

This year, the top 20 will gather virtually from their various countries to share knowledge and learn from expert coaches and mentors as they prepare for their final pitches to a panel of external judges.

Federal Government has included Emirates Airlines in the list of airlines not allowed to operate in Nigeria.

This is part of measures to curb the spread of COVID-19 in the country.

Hadi Sirika, minister of Aviation, confirmed this via his Twitter handle on Friday.

According to Sirika, the decision was taken following a meeting between the Presidential Task Force (PTF) and European Unions (EU).

“The meeting progressed well. Emirates Airlines’s situation was reviewed and they are consequently included in the list of those not approved, with effect from Monday the 21st September 2020,” Sirika tweeted.