Subscribe to our brand new Nigeria CommunicationsWeek e-Edition and enjoy independent reportage of technology and how they affect lives.

Our incisive and analytical view of how technology news affects the daily life help individuals and organizations make up their minds.

With our team of tested ICT journalists and analysts, we deliver unique perspective and in-depth analysis on news, research and IT trends a valued reader, we would like to share with you the new product we just launched

It is the e-Edition https://nigeriacommunicationsweek.com.ng/catalogue/  available to interested readers.

We believe this well package weekly report will be useful for readers like you.

Facebook Celebrates ‘Icons of Change’ from Across Sub-Saharan Africa

These title documents include Certificate of Occupancy, Deed of Assignment, Deed of Sublease, and Deed of Mortgage Consents.

A release issued on Sunday by Barrister Abiodun Abdu-Raheem, commissioner for Lands, Housing and Urban Development, and made available to Vanguard, said the event which would take place at the Government House, Agodi, Ibadan was part of activities commemorating the one year in office of the present administration.

He further explained that the programme which would hold at 12.00 noon would be done with strict adherence to COVID-19 safety measures which would, therefore, limit the number of applicants that would be invited for the symbolic presentation.

Barrister Abdu-Raheem also called on eligible property owners without title or approved documents to take advantage of the window of opportunity, while encouraging people with outstanding applications to visit Room 4 of the Ministry of Lands, Housing and Urban Development, State Secretariat, Agodi, Ibadan to find out the status of their applications with a view to ensuring they get their title document as this administration is determined to provide title documents within 60 days of application.

All is set for the June edition of Konga Last Price, a live online auction pioneered by foremost composite e-commerce giant, Konga

Equally important, Konga Last Price is a monthly affair which holds every first Monday. For today’s session, excitement has built up around a number of star products from a variety of categories that have been lined up for the live online auction.

Also on board with Konga as partners for this second edition of the live online auction are top brands such as Samsung, HP, Lenovo, Binatone, Haier Thermocool,LG, iTEC, Kenwood, Infinix, Tecno, among others.

Meanwhile, a number of potential bidders, shoppers and other interested participants have continued to express their anticipation for the second edition of the digital auction which is set to go live from 12pm and run till 2pm on Monday.

For the latter two – the timed auction on the Konga website and flash sale on social media, price slashes will be announced at the commencement of the live auction. Bid winners will follow the regular check-out process and can use the Payment on Delivery option.

However, intending participants on the social media live auction are expected to submit their bids via comments with their name, phone number, product and bidding price, with each participant allowed to purchase a maximum of three products per category.

Subsequently, bid winners will be contacted for payment confirmations via bank transfers at the end of the social media live auction.

Recall Konga had made history on Friday, May 1, 2020 after the e-commerce giant successfully hosted the first ever live online auction in Africa.

Leo Stan Ekeh, serial digital entrepreneur and chairman of Zinox Group said that Nigeria can turn the poor, nomadic children popularly called Almajiri into millionaires, employers of labour or even employable citizens if a digital solution is applied to address their peculiar plight. 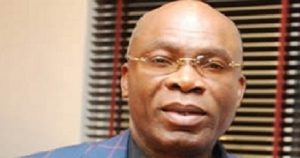 Ekeh, who delivered an impassioned and workable solutions to the age-long Almajiri issue which government appears yet to find a fitting solution to, spoke as one of the panellists at the Africa Independent Television (AIT) Virtual Town Hall Forum with the theme: The Economic Implications of the New Normal Post-Covid-19 – Anticipated Revolution in Digital Economy, Business Re-Engineering, Government, Trade and Effects on Global Economic Recovery.

Speaking on the impact of COVID-19, Ekeh said one of the major classes of Nigerians negatively affected by the pandemic were the Almajiri who have been tossed from state to state like articles of trade nobody wanted to buy.

A 2014 UNICEF report estimated that there are 9.5 million Almajiri children in Nigeria, which accounted for 72 per cent of the nation’s out-of-school children.

Nigeria is estimated to currently harbour between 13.2 million and 15 million out-of-school children, most of them in the North.

However, Ekeh held that with a digital approach, the potential in these Almajiri that nobody wanted to have anything to do with, can be converted to treasures of gold in the vastly growing digital economy because they are young, brilliant with huge doses of energy.

‘‘I had the privilege of engaging with some of them in Lagos and Abuja. They sound like glorious messengers and have enhanced psychology of begging which, if retrained, could make them best sales persons of the second quarter of this century. We must not abandon them.

“Among these Almajiris, there are smart people whom we can turn to coders (software Application developers) if they are fast tracked under conducive environment with quality welfare program that influences them psychologically to anticipate a wealthy future.

‘‘They are Nigerians on the street and they feel the power of wealth around them but are handicapped because of their circumstances and place of birth. We cannot abandon them.

“The world needs about one million coders yearly and through coding, they can become millionaires and employers of labour. They don’t need to go to the university or secondary school.

‘‘All they need is a special finishing school for about six years where they would be turned to nerds and that will mark the end of poverty in their lives and in their families,” Ekeh said.

‘‘The nation and their states must provide for them, else they shall provide for themselves to survive like others, and it could negatively impact on the society from generation to generation.  If we can turn waste to productive use why not human beings created by God?’’

Ekeh, who likened the COVID-19 pandemic to a war, affirmed that the best way to win a war is to anticipate it, stressing that in life, “you must be prepared to win a war before the war begins.”

He emphasised that Nigeria was not prepared for the COVID-19 war, hence the seemingly difficult struggle to deal with it.

Further, he explained that the sudden rush for e-learning in the country was what he had anticipated 15 years ago but added that the Nigerian government did not buy the proposal to make e-learning a life style among the people, noting that COVID-19 has validated his assertion that without digital technology as a way of life and doing business, a nation cannot be truly independent or sovereign in the 21st century.

He warned that companies and organisations including those in the public sector that failed to take advantage of COVID-19 realities to scale up their technologies as necessary tools in the workplace will either suffer huge loss or go into extinction.

“Post COVID-19, a lot will change; a lot of companies will die. We are witnessing huge disruption with digital solutions which have taken the form of technologies worth millions of naira invested to provide teleconferencing as we used to know it. Today, it’s Zoom. That’s disruption and such incidents will continue to define mankind.”

The Zinox boss, who is credited with pioneering a series of innovative firsts in the Nigerian technology sector, insisted that Nigeria must see opportunities inherent in the post COVID-19 economy and take advantage of them.

“I see infinite possibilities and opportunities arising from the COVID-19 pandemic. One of such was that, instead of importing face masks from China or anywhere, the government ought to have deliberately engaged Nigerians tailors, put them in school halls, give them electricity.

“They already have their machines. By the time we create such clusters in different states, we would have locally produced face masks that would serve 200 million people and that would translate to millions of naira for the tailors and indirectly for the government.

“The same tailors can transit to making school uniforms, under wears, ties, bed sheets and pillow cases, designer dresses etc., after the pandemic rather than having some schools import their uniforms from Asia and Europe,” he said.

Ekeh,a global advisor to renowned technology giants, Microsoft and the first to pioneer e-commerce in Africa when he launched BuyRight Africa.com, regretted that the Federal Government lost an opportunity to help grow e-commerce when it failed to initially clearly delineate e-commerce workers as persons on essential duty and e-commerce as essential service during the lockdown.

He cited the example of Amazon which, through the support of the United States government went a long way in helping Americans observe social distancing and keeping many employed even during the lockdown.

The serial digital entrepreneur added that e-commerce is a very cost-intensive venture, noting that e-commerce companies in Nigeria such as Konga are bearing huge losses in view of the complicated and exorbitant applications which drive the business and their status as heavy employers of labour.

Nevertheless, Ekeh insists that despite the lost opportunity, e-commerce remains the future of Nigeria and Africa in terms of jobs and wealth creation.

The only difference between the success recorded here and in other climes, he disclosed, was the institutional support received by players in the sector.