A new report released by the Broadband Commission Working Group on Broadband and Gender of the United Nations has revealed that a significant and pervasive tech gap in access to information and communication technologies  (ICTs) exists between women and men in the world.

The report estimated that there are currently 200 million fewer women online than men globally and warned that the gap could grow to 350 million within the next three years if action is not taken.

The report, entitled, ‘Doubling Digital Opportunities: Enhancing the Inclusion of Women & Girls in the Information Society’, brings together extensive research from UN agencies, Commission members and partners from industry, government and civil society, to create the first comprehensive global snapshot of broadband access by gender.

It was officially launched by Helen Clark, administrator of the United Nations Development Programme (UNDP), who has led the Working Group since its establishment at the 6th meeting of the Broadband Commission in New York last September.

The report reveals that around the world, women are coming online later and more slowly than men. Out of the world’s 2.8 billion Internet users, 1.3 billion are women, compared with 1.5 billion men. While the gap between male and female users is relatively small in OECD nations, it widen rapidly in the developing world, where expensive, ‘high status’ ICTs like computers are often reserved for use by men.

In sub-Saharan Africa, for example, the report’s authors estimated that there are only half the number of women connected as men. Worldwide, women are also on average 21% less likely to own a mobile phone-representing a mobile gender gap of 300 million, equating to US$13 billion in potential missed revenues for the mobile sector.

“This new report provides an overview of opportunities for advancing women’s empowerment, gender equality and inclusion in an era of rapid technological transformation,” said Helen Clark.

It calls for social and technological inclusion and citizens’ participation, explaining the societal and economic benefits of providing access to broadband and ICTs to women, small entrepreneurs and the most vulnerable populations.

Most importantly, this report shows ways in which we can further advance the sustainable development agenda by promoting the use of new technologies in support of gender equality and women’s empowerment.

The report speculates that today’s untapped pool of female users could also represent a market opportunity for device makers, network operators, software and app developers that might equal or even outstrip the impact of large emerging markets like China or India.

“Promoting women’s access to ICTs – and particularly broadband – should be central to the post-2015 global development agenda,” said Dr Hamadoun I. Touré, ITU Secretary-General and co-Vice Chair of the Broadband Commission.

“The mobile miracle has demonstrated the power of ICTs in driving social and economic growth, but this important new report reveals a worrying ‘gender gap’ in access. We need to make sure that all people – and most crucially today’s younger generation – have equitable access to ICTs. I believe it is in the interest of every government to urgently strive to redress this imbalance.”

Research highlighted in the report indicates that, in developing countries, every 10% increase in access to broadband translates to a 1.38% growth in GDP. That means that bringing an additional 600 million women and girls online could boost global GDP by as much as US$18 billion.

The report also emphasizes the importance of encouraging more girls to pursue ICT careers. By 2015, it is estimated that 90% of formal employment across all sectors will require ICT skills.

Professionals with computer science degrees can expect to earn salaries similar to doctors or lawyers – yet even in developed economies, women now account for fewer than 20% of ICT specialists.

ITU’s ‘Girls in ICT Day’, established in 2010, aims to raise awareness among school-age girls of the exciting prospects a career in ICT can offer. This year, over 130 countries held Girls in ICT Day events, supported by partners including Alcatel-Lucent, Cisco, ICT Qatar, Microsoft, the European Commission and many more.

To help older women get online and take advantage of new technologies, ITU also has a partnership with Telecentre.org which is on track to train one million women in ICT skills by the end of this year.

The Broadband Commission Working Group on Gender was initially proposed in 2012 by Geena Davis, actor, advocate and ITU’s Special Envoy on Women and Girls.

The group’s first face -to-face meeting in Mexico City in March 2013 attracted 69 Commissioners, special representatives and guest experts, making it the best-attended Working Group of the Commission to date.

The Group held its second face-to-face meeting in New York on 20 September, just ahead of the full meeting of the Commission. It was attended by Commissioners, representatives and special high-level guests, included Nigerian Minister for Communication Technology Omobola Johnson and Executive Director of UN Women, Phumzile Mlambo-Ngcuka.

In addition to releasing the new report on Broadband and Gender, the Broadband Commission also released the second edition of its global snapshot of broadband deployment, entitled ‘The State of Broadband 2013’.

The report features country-by-country rankings tracking countries’ performance against the four broadband targets set by the Commission in 2011, as well as a new gender-related target set by the Working Group in March, 2013.

Old Mutual to Invest $600m in Nigeria, Others 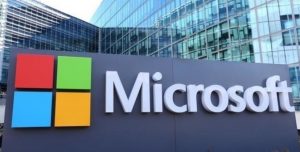 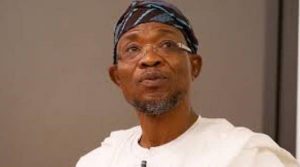