As Nigeria joined the world in marking the International Customs Day, on 26 January 2020, the Nigerian Copyright Commission (NCC) has been honoured with a Merit Award by the World Customs Organisation (WCO) “for rendering exceptional service to the international Customs community”.

The WCO, on the occasion, also honoured two other Government Agencies, the United States Department of Justice (USDoJ) and the National Biosafety Management Agency (NBMA).

Comptroller-General of Nigeria Customs Service (NCS), Col. Hammed Ali (Rtd), presented the awards respectively to the Director-General of NCC, Mr. John O. Asein; Director-General of NBMA, Mr. Rufus Ebegba and the Legal Advisor, USDoJ Office of Prosecutorial Development, Assistance and Training (OPDAT) in the US Mission, Nigeria, Mrs Bisi Olabanji. This was at a special ceremony organised in commemoration of the International Customs Day in Abuja on 27th January 2020.

The Comptroller-General stated that this year’s theme: “Customs Fostering Sustainability for People, Prosperity and Planet” chosen by the WCO focused on the contributions of Customs and allied development partners “towards sustainable future where social, economic, health and environmental needs of our people are brought to bear on Customs operations”.

He noted that a total of 19 Customs officers, Government Agencies and private organisations that have shown commitment and distinguished themselves towards the actualisation of the theme were recognised and accorded the prestigious WCO Merit Award.

According to the Comptroller-General, the NCS has contributed immensely and would continue to contribute towards the actualisation of the Sustainable Development Goals (SDGs) in line with the guidelines of the WCO in the areas of poverty reduction, food security, good health, climatic action, industrial innovation and infrastructure, as well as overall wellbeing of life on land and water.

He assured that the NCS remained passionate in the discharge of its mandates, in the protection of national security and economy, adding that this has resulted in the collection of a historic N1.3 trillion revenue, exceeding the N937 billion target set by the Federal Government for 2019.

He listed other achievements of the Service as the seizure of prohibited articles of trade comprising food, counterfeit and other items harmful to the environment; the interception of the illicit cash flows through our airports and trade in endangered species and contributions towards Nigeria’s new ranking in the World Bank’s ease of doing business by facilitating speedy release of goods to compliant traders.

Receiving the award on behalf of NCC and the entire creative industry, the DG of Nigerian Copyright Commission, commended the efforts of the NCS towards the growth of the creative sector through monitoring of the country’s borders to check the influx of pirated works to the country.

Mr. Asein noted that the celebration of Nigeria today all over the world was due to its abundant talents and high level of creativity and therefore thanked the Comptroller General for the collaboration with the NCS in the protection of the intellectual property rights of authors.

The Director-General described the NCS as the linchpin of Nigeria’s economy and a bastion of development for the IP sector and called for enhanced collaboration to boost the fight against IP thefts across the nation’s borders.

In his congratulatory message to the NCS, the Director General noted that this year’s theme “is an affirmation of the critical role of customs administrations in guaranteeing the sustainable growth of any nation, its people and economy, while helping to preserve the future of our planet.

It is also a reminder of the enormous contributions of customs authorities all over the world to our social, economic, health and environmental well-being.”

Mr. Asein remarked, “The creative sector in Nigeria, including the book, music, visual art, film, broadcast, and other dependent industries have benefited from the intervention of the Nigeria Customs Service in checking the importation of pirated materials that are injurious to legitimate trade and the prosperity of that sector.”

He lauded the NCS for working closely with the NCC on various anti-piracy strategies adding that the synergy has helped to strengthen copyright enforcement in Nigeria. “The joint operations of both agencies, have led to the removal of over 9million assorted pirated copyright works with estimated market value of over N10Billion’, he stated.

Mr. Asein saluted the Comptroller General of Customs for his able leadership and commended the gallant officers and men of the Service who often go beyond the call of duty to ensure that our border posts are safe from pirated works.

Konga Travel shares true meaning of Valentine, how to celebrate it 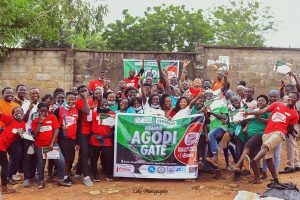 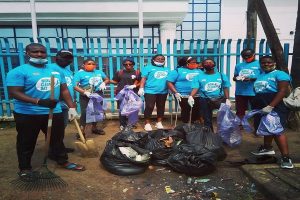 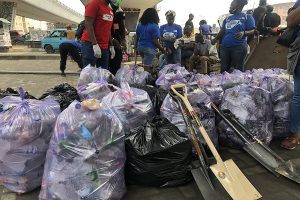