Recent report by Euromonitor showed that International Transsion Holdings with its TECNO and itel brands dominates the feature phone sales in Nigeria.

According to the report, “this is as a result of the company’s strong presence, productive output, availability, distribution network, and a variety of affordable feature phones which targets the low and middle – income consumers in Nigeria.

The increasing growth of the Transsion Company can be credited to its vast knowledge of the African smartphone market space.

“The average Nigerian consumer does not have steady electricity supply; thus, the mobile phone is a convenient alternative to use for entertainment which TECNO and itel Mobile provide users in the form of phones that boast amazingly good battery life.

“This in turn adds to reasons why the demand for these brands phones skyrocket.

The report further reveal that one of the reasons TECNO and itel brands take the lead could also be a result of the availability and affordability for the average Nigerian consumer.

The Euromonitor report stated that TECNO Mobile comes first with itel following closely behind, and this is an outcome of TECNO’s interest in targeting the low and middle- income earners.

According to the report, the penetration rate of smartphones in Nigeria is expected to increase based on the early and successful passage of the Telecommunication Critical Infrastructure Bill by Nigeria’s Legislature, and is expected to boost internet usage in Nigeria which is currently at 47% of the population in 2018.

In terms of price competition in the Nigerian smartphone market, the influx of Chinese manufacturers and domestic players is expected to lead strong competition.

With the Chinese firms offering cheaper smartphones for different segments of the society, particularly low and middle – income consumers, the volume of sales of smartphones is expected to surge and experience growth over the forecast period.

Transsion Holding has carved a niche for itself by creating a variety of smartphones to meet the needs of the diverse income segments of the growing population.

The report further shows that international players still dominate with a near monopoly presence, companies such as Afrione Ltd, which launched the first locally made smartphone in 2017, have scope to succeed in the Nigerian smartphone market.

Regardless of the challenges faced, these companies could compete with international players and produce more affordable brands to meet the needs of low income earners.

Till then though, it’s safe to say that TRANSSION truly dominates in the Nigerian mobile phone market through its TECNO, Infinix and iTel devices. 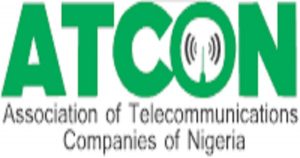