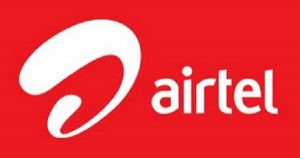 According to the company, profit after tax was down by 4.4 per cent due to a one-off deferred tax recognition in Nigeria in the year ended 30 March 2019 and a lower exceptional item gain in the current period.

Post one-off tax benefit, profit after tax for the year increased by $43 million or 17 per cent.

Reported revenue grew by 11.2 per cent as 13.8 per cent constant currency growth was partially offset by currency devaluation.

Revenue growth was broadly based across all key segments: voice up 5.2 per cent, data up 39.0 per cent and mobile money up 37.2 per cent in constant currency terms.

Raghunath Mandava, chief executive officer, Airtel Africa Plc, said the results were in line with aspirations set out at the time of the company’s initial public offering (IPO,) with performance sequentially improving during the year.

“These results also demonstrate the strength and resilience of our business and the effectiveness of our strategy – with all three business services, voice, data and mobile money, contributing to revenue growth,” Mandava said..

He said the company has continued to invest in future growth opportunities as it expanded distribution, modernised and expanded its network with 65 per cent of sites now on 4G, acquired new spectrum in Nigeria, Tanzania, Malawi and Chad, and entered into strategic partnerships in its mobile money business.

“More recently, the markets where we operate have begun to be impacted by the COVID-19 and the related actions that governments have implemented to reduce the risk of contagion.

“Our priority has been to keep our colleagues, suppliers and customers safe whilst supporting the communities in which we operate,” Mandava said.

According to him, telecoms businesses provide strategically essential services to ensure the functioning of economies and communities and are, therefore, more resilient compared to some other sectors.

“In Africa, the spread of the COVID-19 has lagged the rest of the world and, therefore, it is difficult to precisely forecast what the impact of this will be on customers and business.

“However, our performance during the month of April has been resilient as the business continued to deliver constant currency revenue growth, although at a lower rate.

“We enter this period of increased volatility in a strong financial position and our view on the medium-term opportunities across our footprint has not changed, as these markets will continue to benefit from strong population growth and the need for increased connectivity and financial inclusion,” Mandava said.

Airtel Nigeria Extends Remote Working to End of May

Konnect, a subsidiary of Eutelsat Communications, pursues its ambition to connect the entire African continent to very high speed Internet, and more particularly in this context of the current health crisis.

Konnect has recently proposed to offer broadband internet connection to isolation centers to fight against Covid-19 in Sokoto, a north-western state in Nigeria, where it will enable the real-time connection of centers, leading to an effective coordination of medical services and improved the care offer thanks to telemedicine.

With this offer, Konnect joins the fight of several African governments to combat Covid-19 by allowing access to care for the greatest number of people. Each isolation center will benefit from free broadband connectivity. This deployment is made possible through the partnership with Coollink, a foremost ISP in Nigeria.

Commenting on the agreement, Jean-Claude Tshipama, CEO of Konnect Africa, said: “This operation demonstrates our ability to meet as quickly as possible the connectivity needs of institutional and commercial structures, even in complex times like these. We want Sokoto State to benefit from our expertise and the quality of our broadband services by providing FREE connectivity to all isolation centers.”

Shahin Nouri, CEO of Coollink, added: “Helping the Sokoto State Government to provide free satellite internet services to isolation centers is very important to us. It shows our engagement to deliver high-speed Internet anywhere in Nigeria and to help communities in crisis. Eutelsat Konnect has been a very important partner for us, and with such initiatives, is showing its commitment to the Nigerian market.”

Sokoto State Government Commissioner for Health, Dr. Muhammad Ali Inname said: “Konnect has shown great concern towards the good people of Sokoto state by providing internet connectivity to three Covid-19 Isolation centers in the state. This gesture will go a long way in facilitating the management of Covid-19 patients in the state.”

Konnect, in partnership with Coollink, has been operating in Nigeria since 2017, with the ambition of offering broadband connectivity to all segments of the population, in particular those located in unserved or underserved areas.

Konnect offers an affordable and flexible solution, available everywhere. Konnect will see its in-orbit resources increase tenfold with the entry into service of the EUTELSAT KONNECT satellite in the coming months. With a total capacity of 75 Gbps, EUTELSAT KONNECT will be able to provide very high speed Internet of up to 100 Mbps, guaranteeing full coverage of Nigeria and 40 other African countries.

Telecoms subscribers have appealed to the telecoms companies to provide them with free voice calls, in addition to more data palliatives. 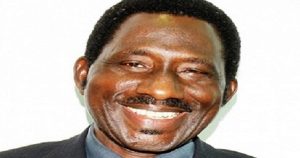 Deolu Ogunbanjo, president, National Association of Telecoms Subscribers (NATCOMS), who spoke during a recent webinar organised by the Nigerian Communications Commission (NCC), said the call became necessary to cushion the impact of the Covid-19 pandemic, which he said, had grounded global economies, and created so much challenges for telecoms subscribers across networks.

Ferdi Moolman, CEO, MTN, recently said the telco alone had provided 3.71 billion free SMS to more than 51 million subscribers across every state of the Nigerian federation; which he said was a projection that 75 per cent of all MTN subscribers, utilised the service while it lasted during the pandemic.

Ogunbanjo commended NCC for setting up the pace on the consumer rights to seek redress by providing the 6-2-2 Toll-free line.

“The Mobile Network Operators (MNOs) have also done the same by providing the Toll-free customer care lines. He however said unfortunately, this is not so for other companies operating in Nigeria.

In other countries, we all know that companies do provide Toll-free redress /complaint lines as one the consumer’s rights to seek redress anytime.

This Redress/Complaint Toll-feee lines should be provided by all companies operating in Nigeria that is expecting some form of feedback /redress on their products and services offerings, as this promotes consumer-centrism,” Ogunbanjo said.

He drew the attention of NCC to the unwholesome practice of mobile phone importers and manufacturers, insisting that with a population of over 200 million people and a subscriber base of over 190 million subscribers as at April this year, Nigeria is a very big phones market and as such, all phones coming into Nigeria must be of standard quality and must satisfy the yearnings and aspirations of phone users, particularly as it concerns the phone chargers that come with mobile phones into Nigeria. “All over Nigeria, our electrical wall sockets are the 3-pin-plug type.

However, phone dealers, to our disappointment bring into Nigeria the 2-pin-plug phone chargers, a development that infringes on the consumer’s right to product satisfaction in view of the fact that mobile phones are consumer durables,” Ogunbanjo said.

He therefore called on NCC to engage mobile phone importers and manufacturers to ensure that all mobile phones coming into Nigeria come with 3-pin quality chargers.

Prof. Charles Uwadie, president and chairman in council of the Computer Professionals Registration Council of Nigeria (CPN), has said that the adoption of 5th Generation (5G) telecom network will drive economic growth and social inclusion in Nigeria.

He stated this during a virtual press conference.

Uwadie said that the adoption of 5G had been touted as the next frontier of investment across the world.

He added at the press conference held to announce the agency’s 2020 IT Professionals’ Assembly and Annual General Meeting that the latest telecom technology could increase Nigeria’s Information Communication Technology Sector’s contribution to the nation’s Gross Domestic Product. But he said 5G’s adoption would not be without challenges in Nigeria.

“It is for this reason that the 2020 IT Professionals’ Assembly would be considering the technological and regulatory challenges associated with the adoption of 5G viz-a-viz the future of frequency bands, deployment and coverage, device support, security and privacy, digital infrastructure challenges, outdated regulatory policies, removal of impediments to the expansion of digital infrastructures, commitment to actions that promote the long-term growth of the digital economy, misgivings and health concerns against it, among other issues’’, he said.

Improvement in Infrastructure Will Drive Data Cost Down- NCC