As the giant telecommunications outfit, Globacom, won yet another laurel at the 10th anniversary of the Beacon of Information and Communication Technology (BoICT) Awards, Engr.. Gbenga Adebayo, chairman, Association of Licensed Operators of Nigeria (ACTON),  has commended the company for its pacesetting strides in the industry.

Globacom, at the event held on Saturday night at the Eko Hotels and Suites, Victoria Island, Lagos, won the ‘Most Innovative Mobile Player of the Year” and was also inducted into the ICT Hall of Fame at the event for its huge contributions to the growth of Nigeria’s telecommunications sector.

While presenting the award to Globacom’s representatives, Eric Uwaoma, Head, Enterprise Solutions, Oluwakemi Akinyele of Training Development Unit and Raj Narayan, Head, Mobile Money, at the ceremony, the ALTON chairman described Globacom as the game changer of the industry.

Adebayo, who took the audience made of the notable figures in the nation’s ICT world through the trajectory of Nigeria’s telecommunications industry from the analogue dispensation to the present Digital Switch Over (DOS) era, said that but for the rule-changing innovation of Per Second Billing (PSB) system introduced by Globacom, the industry would have taken longer time to achieve that feat.

“I want to personally congratulate Globacom for winning the Most Innovative Mobile Player of Year award tonight. Though Globacom came at a later date, its introduction of PSB system at a time earlier operators said it was not achievable, changed the rule of the game. For that unique innovation and many more others it has introduced since then, Globacom deserved this award”, he said.

The ALTON chairman, who had in his earlier remarks at the ceremony urged all the awardees to see the awards as a recognition of their achievements and contributions to the development of the industry, which he described as the “most reliable” sector in the country and a “major driver” of the economy, also admonished the award winners to extend their frontiers and bring about more dynamic services and innovations to their customers and the nation at large.

Also, he called on the government to look into the issue of multiple taxations in the industry and make conscious efforts to protect the industry’s critical infrastructure; just as he described the threat by the Nigerian Airspace Management Authority to close down operators’ base stations as a threat to national security which will have grave consequences for the country.

In his welcome address, Ken Nwogbo, founder and CEO of Communication Week Media Limited and organisers of the BoICT Award Series, said that in the last 10 years, “Beacon of ICT Awards Series has become widely regarded as the last most prestigious annual event available in the ICT industry in Nigeria”.

The BoICT Awards, initiated in 2009, is designed to reward individuals and corporate firms that have helped to develop ICT in Nigeria and make life more meaningful through seamless information technology. 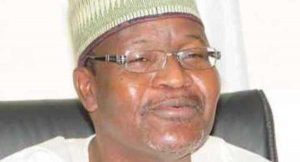 MTN Nigeria, was in Owerri, Imo state last week to appreciate its trade partners, in  keeping with its pledge to compensate trade partners affected by the 2019 xenophobia reprisal attacks in Lagos and other cities.

Tagged the Y’ello Partners Appreciation Day (YPAD), Owerri marked the last of a series of events first held in Abuja on January 15 and Lagos on January 17.

Speaking in Owerri, Mr Innocent Entonu, MTN Nigeria’s general manager, Regional Operations (East), thanked the company’s trade partners for a successful and profitable 2019. “Indeed, we are good together. This is an evening to hangout, so let’s turn it up,” Entonu said.

At the appreciation event, , Mr Kunle Adebiyi, chief sales and distribution officer, MTN Nigeria, who represented, Ferdi Moolman, the CEO, reeled out some of the actions taken so far to compensate the trade partners for their loss, and measures to prevent recurrence of such incidents.

According to Mr Adebiyi, MTN has helped to facilitate insurance payment for those trade partners whose business were insured; while those that weren’t and couldn’t pay staff salaries after the attack, were assisted to do so. “We hear that the insurance companies have begun making payments,” Adebiyi said.

Partner outlets that arranged for non-state security outfits to protect their property during the attack were asked by MTN to provide invoices for refund. For those yet to get a refund, Mr Adebiyi promised they’ll get it. Also, plans are underway to provide the partner’s outlets with automatic security roller shutters as a first prevention measure to limit damage in case of a recurrence.

Appreciating the trade partners in Lagos for their partnership, Mazen Mroue, chief operating officer, MTN Nigeria, reeled out a successful 2019 that included MTN’s listing on the Nigerian Stock Exchange (NSE), a change in the company’s Board, the launch of MoMo Agent, launch of Music Time, and winning the war on data subscription, to mention just a few.

According to him, “We are honoured for the appreciation that MTN has shown us today and we say thank you. Also, I want to personally thank the regional manager for the amazing way he’s been able to carry us along through these trying times.”

MTN Nigeria Rewards 2,000 Retailers with Kiosk through ‘Turn It Up Initiative’

Leading Information and Communication Technology company, MTN Nigeria, is turning things up for over 2,000 retailers across the country with the “Kiosk as a Service” scheme.

“Kiosk as a Service” is a scheme that will empower over 2,000 retailers with an omnibus stall that will enable each retailer provide MTN’s bouquet of products and services more efficiently.

Customers will be able to access services like SIM registration, (mobile money) MoMo, 4G migrations, buy airtime and so much more.

Starting with the South-West region of the country with over 180 already installed in Lagos State, the kiosks come pre-fitted with solar panels that will power the kiosk, enable users to charge phones and generally support the ease of doing business.

Speaking on the laudable scheme, Mr. Kunle Adebiyi, chief Sales and Distribution Officer, MTN Nigeria,  said “The ‘Kiosk as a Service’ is a demonstration of MTN’s unwavering belief in partnership.”

Known for empowering communities where they operate, Mr. Adebiyi said MTN’s use of pre-installed solar panels on the kiosks was a deliberate action and a commitment to ensure that the company leads the clamour  for the use of renewable energy as a way to preserve the environment.

“We are good together is a philosophy that is integral to our operations. We are empowering our retailers so that through this scheme, they can turn things up for themselves.

“We are confident that this will empower thousands of Nigerians to become the much-needed drivers of the country’s economy because we believe that we can go far when we go together,” he said.

With an unemployment rate that currently stands at 23.1 percent, and projected to reach 33.5 percent before the end of 2020 according to the National Bureau of Statistics, the scheme is a testament to MTN’s belief in the growth and development of Nigeria’s economy.