Code Division Multiple Access (CDMA) segment of the Nigeria’s telecoms industry is ringing into oblivion as a cloud of uncertainty hang over the sky-high hope raised by the proposed merger of Starcomms, Multilinks and MTS First Wireless, Nigeria CommunicationsWeek can now report.

The spectacular deal being put together by Capcom Limited, a holding company focused primarily on identifying, investing and building shareholder value in companies in the African telecommunications sector is touted as a breather for the embattled sub-sector.

But some transaction hiccups including approvals; administrative bottle necks; and legal knots to be untied have all conspired to hobble the deal, some 10 months after Capcom declared its interest to provide Starcomms (the product of the merger of Starcomms, Multilinks and MTS) with a capital investment of cash and assets independently valued at $210 million.

Nigeria CommunicationsWeek recalled Starcomms, one of the companies’ in the merger had in December last year, warned that the company was at risk of bankruptcy if the merger failed.

Mr. Olusola Oladokun, former Interim chief executive officer, Starcomms Plc, said over the years, the company has been faced with numerous challenges due to the harsh operating environment and is experiencing difficulties in its operations.

He disclosed that Starcomms’ debt profile currently stood at N15 billion, adding that the company has stopped servicing its debts so as to conserve cash.

Elsewhere, Multilinks is hemorrhaging after shutting down part of its CDMA business and focusing more on the fibre service operation.

MTS First Wireless on the other hand, had slipped into history until the merger deal surfaced. But it remains a very attractive bride because it is sitting on the best frequency band in the telecom industry.

Nigeria CommunicationsWeek gathered that the CDMA sector got into trouble in the first place due to a combination of factors including corporate mismanagement.

Today, all the CDMA operators in Nigeria have just 2.5 million lines according to the Nigerian Communications Commission (NCC’s) figure for July 2013 with Visafone accounting for over 2 million of the sum total. in contrast, the GSM segment has in excess of 120 million lines.

To say that CDMA operators are hanging by hair breath is a gross understatement, they  are in a very bad shape.

The same fraudulent and self-serving practices of some members of board and management and the overbearing influence of chairmen or MD/CEOs of CDMAs, especially in family-controlled businesses led to the collapse of the banking industry sometime ago.

Experts also point at non-compliance with laid down internal controls and operation procedures, biased recruitment exercises and general lack luster management practices as some of the reasons why the companies have failed to click.

Dr Francis Chizea, acting director general, National Space Research and Development Agency (NASRDA), has said that the Agency currently has the human capacity to design, build and launch various satellites from Nigeria, if the required facilities are provided.

Chizea stated this when House of Representatives Committee on Science and Technology paid an oversight visit to the headquarters of NASRDA in Abuja.

He said the Agency is endowed with human resources and experts that were trained in the best institutions across the globe, adding that most of them are young men and patriotic Nigerians who are ready to utilise the various trainings acquired to leapfrog Nigeria out of poverty and squalor through the application of space science and technology.

Therefore, he appealed to members of the committee to assist in the provision of necessary facilities for the Agency, particularly on the successful completion of the on-going Assembly, Integration, Texting and Design Centre (AITDC) which he described as a major facility in any space industry.

He said the facility will not only keep the various engineers and scientists fully engaged, but it will also assist the Agency in realising its various goals and objectives as encapsulated in the space road map.

The acting director general also identified underfunding and low budgetary allocations as a major constraint militating  against NASRDA, which he described as the first Space Agency to be established in Africa and pleaded with members of the committee for improved budgetary allocation in order to meet various mandatory roles and objectives, and to enable the Agency compete favourably with its counterparts, particularly in the prestigious community of Space practice.

Chizea, who expressed appreciation to members of the committee for the visit being the first to be hosted since assumption of office also acknowledged the support received thus far from the entire management and staff of the Agency since he came on board.

Beni Lar, chairman, House of Representatives committee on Science and Technology, also speaking, applauded the achievements and immense contributions of NASRDA towards national development, particularly in its efforts towards accelerating the pace of development through space applications.

Lar said that the Space Agency was set up basically to encourage indigenous production and use of Space Technology for socio-economic development, pointing out that this is evident in the current efforts of the Agency on the telemedicine project as well as the use of satellite technology in the field of education, agriculture, communications and other critical sectors of the economy.

The committee chairman was particularly impressed with the achievements recorded thus far by the acting director general of the Agency, within three months of his assumption of office, saying he has not only succeeded in building on the noble achievements of the Agency, but has equally opened a new chapter in the drive towards actualising its core mandates.

Lar said the committee would continue to do its best to support the Space Agency in the successful implementation of its various programmes and projects in the actualisation of the Nigeria Space agenda.

Association of Licensed Telecommunications Operators of Nigeria (ALTON) has said that some of its members were experiencing network outage, which was affecting the quality of services provided to subscribers. 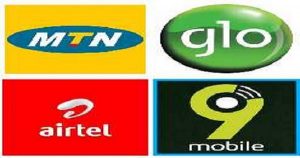 In a statement in Lagos, Mr Gbenga Adebayo, chairman, ALTON, on behalf of its members, appealed to subscribers to bear with them.

The ALTON chairman said that unfortunately, some of its member operators experienced outages on their networks on Tuesday evening, which still subsisted adding that none of it was intentional.

He said that the outages had been compounded by power and other operations-related issues that had occurred across some major routes in Lagos metropolis and other states resulting in congestion of networks.

“Movement restrictions and the volatility on the streets has compounded the restoration of outages because engineers have not been able to move about to fix the problems.

“At the moment, affected member operators are exploiting all avenues to remedy the situation.

“Engineers are making relentless effort round the clock to resolve issues, while in the interim, efforts are being made to optimize coverage utilising alternative solutions as a stop-gap solution to the most impacted locations.

“We, therefore, appeal to our brothers and sisters who are still at the barricades, to please grant access to our member operator engineers to be able to access the affected locations to restore telecom services,” he said.

Adebayo stressed the need for both voice and data communication especially at this critical time.

He said the association also regretted reports of recent incidents of violence across the country and the wanton destruction of lives and property was disheartening.

The chairman of ALTON said that as service providers and employers of labour, its immediate priority was the safety of its staff across the country.

Airtel Networks Zambia Plc has partnered with Ericsson on a ‘Product Take-Back’ program to minimize the potential environmental impact associated with the disposal of decommissioned electrical equipment. 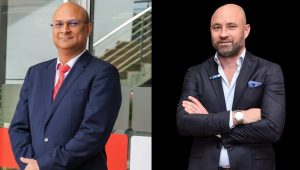 The Product Take-Back program is part of Ericsson’s Sustainability efforts geared towards taking accountability for environmental impacts of all products and services during their lifecycle. The program ensures that end-of-life material is treated and recycled in an environmentally responsible manner.

Airtel continues to be committed to ensuring that the beauty of Zambia is sustainably conserved and understands that environmental impact starts with its own operations.

Apoorva Mehrotra, Airtel’s CEO and Managing Director, says: “Airtel is committed to being socially responsible. We believe that the adoption of responsible e-waste disposal techniques will help to manage the impact on the environment. We are collaborating with Ericsson in e-waste management to not only evacuate the waste but also educate the general public and all key stakeholders about the importance of the proper disposal of e-waste in the country.”

Ericsson provides free product retrieval and safe disposal services for equipment that has reached its shelf life, as part the company’s extended producer responsibility. Ericsson offers the program to all customers globally, which guarantees that e-waste does not end up in trade-restricted areas or landfills.

Todd Ashton, Vice President and Head of Ericsson East and South Africa says: “Ericsson aims to minimize the negative environmental impact of our own activities and products in operation, while delivering solutions to enable the low-carbon economy. Our partnership with Airtel in Zambia extends the scope of our Product Take-Back program to include creating awareness about e-waste and helping to ensure that end-of-life material is waste-treated in an environmentally responsible manner.”

E-waste, not recycled properly, is an under acknowledged environmental hazard around the world. Airtel Zambia’s initiative is geared towards creating awareness and minimizing the potential environmental impact associated with the disposal of decommissioned electrical and electronic equipment in the country.