A month long investigation by Nigeria CommunicationsWeek has revealed the vulnerability of credit cards to misuse for terrorist financing purposes and other illegal activities.

The investigation found that card scheme is now a favoured tool of terrorists in Nigeria, enabling them to fund their reign of terror and mayhem through money laundering operations on the pretext of carrying out the same everyday transactions that law-abiding citizens enjoy.

Because of this, the effort to deepen the nation’s financial system stability will remain an idle fancy unless the monetary authorities install effective monitoring windows to checkmate the operation of e-payment schemes in the country.

Nigeria CommunicationsWeek gathered that billions of Naira are converted into different currencies of the world every day through the routing of transactions through foreign card schemes and e-payment systems.

Card schemes – Verve; Visa; and MasterCard, are the owners of the payment scheme, into which a bank or any other eligible financial institution can become a member.

All the schemes cleared by international clearing houses.

Nigeria CommunicationsWeek gathered a card issued by a local bank allows the cardholder to withdraw allowable daily ATM transactions according to card type and limits in all locations of the world daily, without any restrictions once the account is in credit and also limitless spending on point of sale transactions worldwide without any restriction once the account is funded in Naira.

This in effects creates a vacuum in the e-Payment space which terrorist organizations exploit to procure military wares and feed their terror cells.

In many countries, the card schemes are tied to the domiciliary account (which are usually in currencies like the dollars, pounds, Euro or yen) of their holders.

Nigeria CommunicationsWeek gathered that in Nigeria, debit cards denominated in Naira (a hardly convertible currency), are used for cross-border transactions in other currencies of the world outside the country.

They are accepted worldwide as a means of payment for goods and services at more than 32.7million MasterCard/Visa locations and over 1.9million ATMs in more than 210 countries to conduct trans-border transactions from Naira denominated accounts worldwide without going through the protocols of foreign exchange acquisition under the controls of the Central Bank of Nigeria (CBN).

This is clear violation of Nigeria’s foreign exchange policy.

Some “smart” Nigerians have also exploited the gap to buy up best and most expensive properties in choice places in Dubai, Europe and North America.

Nigeria CommunicationsWeek gathered that while the CBN, the National Assembly and the Presidency look elsewhere, some unscrupulous Nigerians and their foreign counterparts are cashing in on the nation’s porous payment system and destroying the foreign reserve.

Experts said that Nigeria can only check the menace with a national Naira Euro, MasterCard and Visa (EMV) compatible chip with national payment scheme to be called “Naira Pay” EMV-so called because it will create an interoperable uniform standard chip for all Nigerian financial institutions.

This scheme, Nigeria CommunicationsWeek gathered was proposed by a local firm but authorities at the CBN turned it down for reasons best know to them.

Many countries especially those in Asia have adopted the local scheme based on each country’s monetary policies and objectives.

In India and China, they controlled their local currency by creating “Rupay” and “Chinapay” payment systems and allowed the use of Visa/MasterCards to be tied to only domiciliary accounts.

These countries have also adopted their individual migration through the creation of their national EMV standard chips.

Tough times lie ahead for serial bank debtors as there is no a hiding place for them as banks begin to debit their various accounts to settle their debts.

Businessamlive.com reported that Central Bank of Nigeria (CBN) had put in place the global standing instruction which allows them to recover outstanding debts of debtors from other banks.

A cross section of Nigerians who spoke on the matter said such a policy was long overdue as the financial industry had suffered abuse from businessmen and customers.

They said the new policy would bring out credible and bad people who deprive banks of their money by refusing to pay back credit extended to them.

Peter Esele, a former president, Trade Union Congress (TUC), said the guideline was long overdue but added that it was better late than never.

He said, “The financial system has been abused and it is baffling that one man would be owing six banks in the same country; it can’t happen anywhere else.

“What the CBN is doing now is that it is sanitising the industry and we now actually know who are the real businessmen and the real big men.

He said the CBN and the banks should start giving credit score.

United Bank for Africa Plc (UBA), the leading pan-African financial services group, has acted as the lead arranger of a consortium of Nigerian commercial and international banks in a $1.5 billion Pre-Export Finance Facility for the Nigerian National Petroleum Corporation (NNPC) and its upstream subsidiary, the Nigerian Petroleum Development Company (NPDC).

UBA is providing $200 million (Naira equivalent) to support investment growth and liquidity requirements.  The facility will provide much needed capital for investment in NNPC’s production capacity, which is of strategic importance to the Nigerian economy and the country’s leading source of foreign exchange earnings.

UBA’s position as Lead Arranger recognises the Group’s strength in structuring and deploying financing to the oil and gas sector, and the depth and liquidity of the Group’s balance sheet.

The $1.5 billion facility is structured in two tranches.  The first tranche of $1 billion, to be repaid over a period of five years, will be provided in dollars, with UBA acting as the Facility Agent Bank.

The second tranche of $500 million, will be provided in local currency, over seven years, with UBA acting as Lead Bank, providing $200 million in Naira equivalent.

Both facilities will be repaid from an allocation of 30,000 barrels per day of NPDC’s crude oil.

Speaking on this most recent support for the Nigeria’s petroleum industry, Tony O. Elumelu, UBA Group chairman, stated ‘This has been one of the most economically challenging years that Nigeria has witnessed.  With the sharp drop in the price of oil and the ensuing hardship that followed the onset of the Covid-19 pandemic, the private sector must come together and contribute meaningfully to the economy.  This facility is clear evidence of this – UBA is providing investment that will significantly improve Nigeria’s production capacity and in doing so also demonstrating the strength, depth, and sophistication of our commercial banking capability.  I believe that together, working with governments, we can create more jobs and more wealth for people, not only in Nigeria, but across Africa’.

The United Bank for Africa is one of the largest employers in the financial sector on the African continent, with over 20,000 employees and serving over 20 million customers.

Wema Bank said it has made available SME loan products that are collateral free to support businesses.

A statement from the bank explained that businesses in need of working capital finance could get up to N10 million without collateral to meet their short-term business needs. 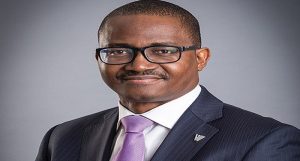 This facility is available for business owners who are in segments such as trade /general commerce, schools, pharmacies, hospitals, clinics and diagnostic centres.

“Also, in the bank’s quest to enhance reach and accessibility of these facilities, it has made it available to both new and existing customers of the Bank (including those doing business with their personal names),” it added.

According to the bank, the initiative was to mitigate the impact of the coronavirus pandemic on businesses affected by the virus.

“Health sector businesses like pharmacies, hospitals, clinics and diagnostic centres can also get up to N5million without collateral with up to 12 months repayment period to meet working capital needs. In an earlier communication, the bank had stressed how critical it is to support players in the health sector, especially with the realities of the time.

“For us, we will continue to put the health of Nigerians and the safety of our communities first,” said Mr Ademola Adebise, the MD/CEO Wema Bank.

He added: “It is our joy to see players in the health sector grow during this difficult time and we encourage them to take advantage of all our support programmes to keep their businesses afloat.

“We have been very thoughtful in how we have approached this, and we will continue to be. Our goal is to provide all the support we can at this time coming from the knowledge that the fight against the pandemic is a collective one, and we all must play our roles,” Adebise added.