Infographics, and the developers of TAMS Software, SB Telecoms, agreed on a strategic partnership with CFAtech,  a leading technology media platform in Nigeria, to host the CFA’s Startup Hangout.

The August 2017 edition of CFA’s Startups Hangout, held at Adna Hotel on Friday, August 18, 2017, had in attendance startups and entrepreneurs who were empowered with life experiences of the CEOs from both companies.

Speaking at the hangout,  Afolabi narrated a intriguing story of how he started running a thriving recharge card business which landed him into indebtedness worth N26 million.

He said fleeing to Ghana afterwards cooled off his heels from the pursuing creditors after which returning to Nigeria to face the problem squarely, with a view to resolving it.

“I was close to my grandmother and thanks to the influence of her, she was one who contributed, in no small measure, to the initial capital of his business, as well as supplied the collateral that he used in standing for the loan.”

He explained that some of the lessons to learned from his story include having the “I can do” spirit in conducting the affairs of ones business.

He added that engaging the services of professionals in areas that one does not know anything about, as well having a working experience, especially in the line of business one intends to pursue or start.

He charged entrepreneurs that business negotiations and decisions should be collaborative with team members.

“Decision should not be only about you alone, but you need to consider the interest and point of view of the other parties too,” he said.

He said some other of lessons learned should be taking integrity seriously, having the right attitude, trust, carrying your team members along, cutting costs, as well as providing solutions to your business problems.

“Don’t run away from your problems. Note that your creditors don’t want you to die!”, he emphasised.

In his views,  Chinenye advised the Startups that, after fumbling, tumbling and stumbling, making their own mistakes, they should learn from it, make amends and move on.

He argued that there are two sets entrepreneurs, the ones that have clear cut vision of their objectives and the opposite.

“For those who have a clear cut vision, it is imperative to start planning towards it and hit it.  Meanwhile,  for those who are still struggling to figure it out, they should learn from their struggles and make the necessary corrections.

He advised that it is important to have a critical mindset in figuring out prospects who are determined to work and bring them on board.

“You can never be bigger than the people around you”, Chinenye noted.

He gave a chorological account of how his business ran aground four times and at some point, amassed a debt running into about N18 million!

“Open your eyes and know what your business really is all about. Change it, if necessary. You cannot run a business when you don’t know what to do yourself”, he observed.

Concluding, Chinenye said entrepreneurship has to be nurtured and patience is needed to make it grow.

The August 2017 edition was sponsored by TAMS and Remita.

Media Partners for the CFA’s Startups Hangout, include Nigerian CommunicationsWeek, Guardian Tech and CFAtech.ng, Connectnigeria.com and ITPulse.com.ng for spreading the awareness of this unique opportunity for Startups to learn and grow.

The initiative, which has been lauded by members of the public, including parents, and stakeholders in the technology and educational sectors, was organized to keep children productively engaged during the lull in academic activities, and to create opportunities for children to share innovative ideas capable of driving the attainment of a sustainable, technology-driven economy in Nigeria.

Of the submissions of about 2000 entries received within two weeks from over 500 public and private secondary schools across 29 states of the federation and the Federal Capital Territory, 11-year-old Onuoha-Okoro N. David of St Anthony Grammar School (Private) in Esure, Ijebu Imushin, Ogun state, emerged winner in the junior category, while 15-year-old Kalu Derrick Ugochukwu of Fosla Academy, Karshi, Abuja emerged in the senior category.

“We believe that the development of the country lies not only in the hands of our leaders, but also in those of our children. This competition is one step towards helping our youngsters express qualitative thoughts that would enhance life as a Nigerian,” Akor Akpenyi, SystemSpecs’ CSR programme administrator remarked.

MTN has launched a pan-Africa application programming interface (API) marketplace it believes will foster innovation and collaboration across developer and business communities. 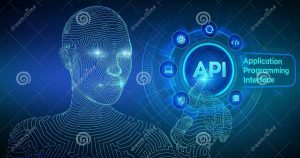 The Chenosis marketplace will enable developers to tap into a spectrum of API products and services from across the continent, ranging from telecommunications, e-health, e-government, Internet of things, fintech, e-commerce, identity and authentication.

MTN says the Chenosis marketplace allows businesses and developers to publish their APIs so that other developers can discover and consume them.

“The marketplace also provides the tools for publishers to monetise and promotes their APIs by creating subscription plans and product bundles that developers and businesses can purchase.

“The portal has dashboards for publishers and consumers to track revenue and credit balances, view consumption analytics and API performance, and lots more,” it says.

Additionally, Charles Molapisi, MTN Group chief technology and information officer, says: “Chenosis is a separate brand and entity, and will have an arms-length relationship with MTN so that it remains open to all mobile network operators, fintech start-ups, payment service providers, mobile wallet operators, financial service providers, and more.

“We have exciting pan-African and international partnerships lined up to publish and monetise their APIs in the marketplace over the coming months. These partnerships will enable Chenosis to become the largest and most diverse developer ecosystem on the African continent.

“This is one of the ways in which MTN is investing in the emergence of an open African API ecosystem that is powered by African ingenuity and innovation.”

MTN says the power of the platform will be in the creation of mashup APIs, which will connect cross-industry APIs and facilitate innovation and the ability to build new services and new business models.

“Mashups are new product and service orchestrations created by developers from two or more existing APIs.”

The Chenosis marketplace will be open to the public from 10 August.

Konga, foremost retail giant, has invested well over $120m since it was acquired two years ago in Nigeria alone and now strategically structured to take on other African countries.

Prince Nnamdi Ekeh, co-chief executive officer, Konga Group, who stated this also said that ‘‘Though we started with a monthly loss of N400m, but with new systems, structure and energy put in place, we have gradually been reducing losses and now about N100m loss per month. E-Commerce is an expensive project but we are best positioned to deliveras a very innovative technology company,’’ he disclosed.

Equally important, Prince Ekeh made the disclosure on Kaleidoscope, an interview programme aired on Channels TV on Sunday, August 2. The young business leader, who described Konga as a technology company revealed that Konga employs directly and indirectly over 150,000 Nigerians. Most of them are merchants, logistics and other service providers.

‘‘We partner to create a trusted and sustainable digitally-driven ecosystem and working hard to scale this to about 250,000 before the end of 2020.

‘‘We see ourselves as more than just an e-Commerce company. Konga is a technology company and as a technology company, we are positioned to leverage that status in deploying new solutions and innovations. Indeed, no one should be surprised if tomorrow, Konga starts launching space ships into orbit. Although we have received several offers from interested investors, we are content with the group that is currently funding Konga. The group is highly ethical and want us to maintain the highest level of integrity.Our investors have assured us of enough capital to survive the next five years atleast. This was why we did not accommodate a valuation of $300m from a consortium of global investors last year.

‘‘However, we are also keen to expand into other African markets after taking charge of the Nigerian market. The e-Commerce market in African is still a largely untapped one. Therefore, any company that makes the right in-roads will reap huge benefits from it,’’ he said.

‘‘We have also received enquiries from the New York Stock Exchange, the London Stock Exchange and the Nigerian Stock Exchange to list on these markets. It’s something that will happen as part of our African expansion plan when Konga becomes a multi-billion-dollar business.’’

Continuing, he stated: ‘‘Our strategies and tact are 21st century influenced, but also taking cognizance of deficiencies in our country and that was why we spent the first two years rebuilding technologies, setting up secure but robust warehousing facilities and delivery logistics nationwide. With these under our control and owned by us,we are driving towards profitability.  It is important to note that at Konga, we do not believe in just hype

‘‘In addition to our status as a technology company, Konga is also Nigeria’s first ever marketplace andcomposite e-commerce group. The company is on the verge of rolling out a suite of cutting-edge solutions and services that will excite the market very soon.

‘‘But that is not all. A lot is happening behind the scenes at Konga. We recently announced the re-launch of the Konga Affiliate programme. Also, we developed a solution for corporate procurement which has helped procurement managers in major establishments. Konga boasts the largest collection of merchants and because of this, pricing is very aggressive, thereby helping procurement managers get the best deals on Konga while also promoting transparency. We are committed to our vision and clearly understand that it is a long term and highly ethical race,’’ he concluded.

Acquired by the Zinox Group in December 2018 and having achieved over 1000% growth, Konga has grown from a position of strength into arguably Nigeria’s leading e-Commerce brand, with a long list of innovative strategies and solutions setting it apart in the sector.