National Film and Video Censors Board (NFVCB)  has blacklisted some illegal film producers and distributors who do not belong to registered professional association in the creative industry. 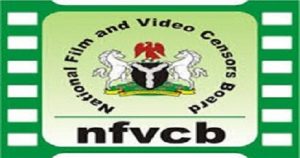 Alhaji Adedayo Thomas, executive director, NFVCB, stated this during the board’s stakeholders engagement on double taxation and over-regulation  in Lagos that the decision was taken to further sanitise the film industry and ensure that illegitimate operators were sieved out from the obedient and upright ones.

According to him, the blacklisted producers and distributors will no longer be able to submit their finished works to any of the television stations until they are able to perfect documentation with the appropriate authorities.

He called on multichoice subsidiaries to ensure that only films from licenced distributors were approved for a stronger front.

Thomas noted that blacklisted practitioners would have to pay some fines and go through the due process like others.

” You can only bring a film to the board for censorship and classification if you are a registered producer, we have over 50,000 producers across the nation.

” You must be a registered producer before you can produce any movie. We decided not to mention any of the blacklisted producers and distributors, but this will serve as deterrent to others.

” Only registered members from the professional association of operators within the film and video industry shall be eligible to present finished films and video works to the board for preview and regulation.

” The NFVCB CAP N40 2004 and regulations 2008 empowers the board to accept movies from only members of approved associations and guilds in the industry,” he said.

Thomas said that to strengthen various guilds and associations to become formidable allies, the NFVCB had categorised all practitioners under three broad titles: producers, distributors and exhibitors.

” We are currently working with our digital transmission consultant to have a comprehensive list of registered guilds, associations and members published on our website with a little service charge on each listed member,” he said.

On tax, the NFVCB boss said he contacted Mrs Uzamat Akinbile-Yusuf,  state Commissioner for Tourism, on the five per cent tax imposed on content producers by Lagos State Films and Video Censors Board (LSFVCB).

” We are all aware of the recent release by the LSFVCB demanding that all creators should register their content within 30 days with five per cent levy charge.

” Due to the quake generated by aggrieved practitioners, the leadership of the Lagos board has requested for calm, pending the release of a comprehensive policy document or statement.

” I have reached out to the state Commissioner for Tourism, Arts and Culture, who seems not to have been briefed as the head of the supervisory ministry of LSFVCB by the management of the Lagos board before issuing the statement.

” She was categorical on her position and promised to take necessary action.

” Also, the leadership of the Performing Musicians Association of Nigeria (PMAN) whom the management hung to, in order to give credence to the policy directive, has come out to debunk the endorsement of the issued statement,” Thomas said.

He said that the burning issues of multiple taxation and over regulation which LSFVCB’s five per cent tax brought to the fore were not representative of the ease of doing business policy of President Muhammadu Buhari’s administration.