SES, a global satellite company, in cooperation with Computer Warehouse Group Plc (CWG), a leading pan-African ICT company, launched a new digital television platform, on SES’s ASTRA 2F satellite, at 28.2 degrees East that would provide access to a greater number of stations to households in Nigeria and across west Africa, at a relatively low cost.

The Launching which took place alongside the Broadcast Summit, 2014 at the intercontinental hotel in Lagos yesterday witnessed the attendance of broadcasters, IT professionals, advertisers and administrators from different parts of the country.

In his opening remark, Mr. James Agada, chief technology officer, CWG Plc,  noted that true to her vision, “CWG Plc is evolving away from the traditional IT Company in the Nigerian context to becoming a utility enabler, under the CWG 2.0 initiative.

The digital TV platform is a product of a collaborative effort of SES and CWG. SES will provide the space segment and specific ground services, while CWG will manage the teleport services required to project the signals to users, using high operational standards.

According to Russell Southwood, CEO, SES Balancing Act, “SES shares a partnership history with CWG that spans about ten years and CWG has proven to be a dependable teleport partner for this project”.

According to Theodore Asampong, SES sales Director, Africa, “All that the subscriber is required to pay for is the cost of acquiring a decoder and installing a dish to receive broadcast signals. After this, they will have access to all channels available on the platform, without subscription fees”.

In addition, the new digital TV platform will afford broadcasters the opportunity of reaching a broader audience; millions of satellite homes in West Africa that receive broadcast signals with their dishes facing 28.2 degrees East.

This will in-turn extend their frontiers of influence and enhance their bargaining chances with prospects advertisers.

Speaking on the importance of the project, Mr. Austin Okere, founder and chief executive officer of CWG Plc, said, “For years, the majority of households in West Africa has been shut out of the digital broadcasting experience. Together with SES, we are excited to enable broadcasters to deliver their content cost-effectively, and in excellent technical quality to millions of households across the region.”

“With the technology and platform  that SES is bringing  to Nigeria and West Africa, content can be made available to millions of household and with this system we will have over 400 channels available from the existing hundred and ten” , he said.

Ferdinand Kayser, chief commercial officer of SES, said, “Broadcasting via satellite provides High Definition (HD) picture quality and a100 percent coverage of even the most remote areas and regions. The long-term partnership with CWG will open up new possibilities for local and international broadcasters and allow them to drive digitalisation and reach their audiences across West Africa quickly and cost-effectively.”

The platform offers end-to-end contribution, ground and space services to local, regional, national and international TV broadcasters across West Africa at cheap rates. It will also afford broadcasters the privilege to migrate from analogue to digital TV to meet the digital migration deadline of June 2015.

Moreover, the inception of the SES TV platform will have broader social impact on the region.

According to Andy Anderson, Marketing head for Africa, SES, the project is also aimed at providing employment for unemployed youths who will be trained to install the dish needed for signal reception, for free.

According to him, “being able to perform physical activities and communicate effectively at a minimal level is all an individual require to qualify for the training”.

National Broadcasting Commission (NBC) has fined Nigeria Info 99.3FM N5 million, for providing its platform to be used to promote unverifiable and inciting views that can incite crime, public disorder. 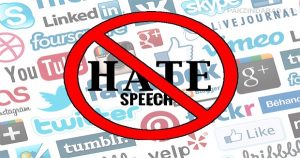 Obadiah Mailafia, former presidential aspirant,  had while speaking on the station alleged that a northern state governor is a commander of the terror group, Boko Haram.

The National Broadcasting Commission has noted with grave concern, the unprofessional conduct of Nigeria Info 99.3FM, Lagos, in the handling of the Programme, “Morning Cross Fire”, aired on August 10, 2020, between 8.30am and 9.00am. The station provided its platform for the guest, Dr. Mailafia Obadiah, to promote unverifiable and inciting views that could encourage or incite to crime and lead to public disorder.

The Commission, again, wishes to reiterate that Broadcasters hold Licenses in trust for the people.

Therefore, no Broadcast Station should be used, to promote personal or sectional interests at the expense of the people.

Dr. Mailafia Obadia’s comments on the “Southern Kaduna Crisis” were devoid of facts and by broadcasting same to the public, Nigeria Info 99.3FM, is in violation of the following sections of the Nigeria Broadcasting Code:

3.1.1 No broadcast shall encourage or incite to crime, lead to public disorder or hate, be repugnant to public feelings or contain offensive reference to any person or organisation, alive or dead or generally be disrespectful to human dignity;

3.3.1 (a) The broadcaster shall ensure that any information given in a programme, in whatever form, is accurate;

3.3.3.1(b) The Broadcaster shall ensure that all sides to any issue of public interest are equitably presented for fairness and balance;

3.11.1(a) The broadcaster shall ensure that language or scene likely to encourage or incite to crime, or lead to disorder, is not broadcast;

3.11.1(b) No programme contains anything which amounts to subversion of constituted authority or compromises the unity or corporate existence of Nigeria as a sovereign state;

5.4.1(f) The Broadcaster shall not transmit divisive materials that may threaten or compromise the indivisibility and indissolubility of Nigeria as a sovereign state.

Consequent on these provisions and in line with the amendment of the 6th edition of the Nigeria Broadcasting Code, Nigeria Info 99.3FM Lagos, has been fined the sum of N5,000,000.00 (Five Million Naira), only.

This is expected to serve as a deterrent to all other broadcast stations in Nigeria who are quick to provide platform for subversive rhetorics and the expositions of spurious and unverifiable claims, to desist from such.

The Commission wishes to put it on record that it will not hesitate to suspend the Broadcast Licence of broadcast stations that continue to breach the Code.

Stations are, by this statement, admonished to desist forthwith, from airing unwholesome content, or be ready to face appropriate sanctions.

Bilbis made this known at a press briefing held Thursday at Reno Hotel, Abuja.

According to Bilbis, the actions of Mohammed and Armstrong Idachaba, amounted to usurpation of the powers of Commission.

The Chairman said Mohammed went beyond schedule of his legal responsibility by amending the code in a manner that threatens to destroy investments and lead to loss of jobs.

He added that the process of the code review, which holds every four years, is marked by the participation of former Directors-General, retired directors and staff of the Commission, broadcasting organisations and media scholars.

The chairman noted that the amendment was at the instance of members of the Federal Executive Council (FEC), who wanted the NBC strengthened to ensure it could prevent a repeat of the divisive broadcasts recorded before, during and after the 2019 elections.

“The suggestion was of the FEC members and was accepted by President Muhammadu Buhari, who gave a go-ahead for the review, which Bilbis said was misunderstood by Mohammed.

“Instead of studying and following the law, relevant rules and regulations, and direct the appropriate authorities as stipulated by the law to act on, he erroneously embarked on the review alone.

“The Minister has constantly dropped the name of President Muhammadu Buhari as having approved his own version of the code review. The NBC Code is a regulatory framework put together jointly by stakeholders to guide their operations in the industry. It is therefore not a unilateral government instrument and is already covered by law hence, not requiring any further presidential approval.

“This might be the reason why till date the Minister cannot show us a copy of the Presidential approval,” said Bilbis.

Bilbis said Mohammed’s version of the NBC Code falls short of basic regulation-making, standards, as it is marked by indifference to stakeholder inclusiveness.

He described as false the claim of the NBC acting Director-General that it endorsed the Code prior to its presentation in Lagos, an event he said the Board was neither informed of or represented at.

Following public criticism of the review, Bilbis said the Board called for stakeholder perspectives, but the move was thwarted by Idachaba, who said he did not endorse it.

“There are very serious and disturbing amendments which have been unilaterally carried out by the Minister. This has attracted very critical comments, with threats of litigation from concerned organisations and individuals,” he said.

He explained that the Board is in agreement with the reasons for which many stakeholders are opposed to the code.

Sterling Bank Plc, has extended coverage of its Farmers’ Radio programme to cover the six geo-political zones of the country, following its wide acceptance and success in the northern part of the country.

Since its debut in 2018, the Farmers’ Radio show is the only agriculture-related radio show sponsored by a commercial bank in Nigeria. It started with a pilot in three northern states.

Mrs. Bukola Awosanya, group head, Agric and Solid Minerals Finance, Sterling Bank, said this year’s edition of the seasonal radio programme will air for 13 weeks in major languages across all geo-political zones of the federation.

Awosanya said each broadcast will last for about 30 minutes, with resource persons from research institutes and Development Financial Institutions (DFIs), among others being invited to discuss technicalities, innovations and available opportunities in agribusiness finance, as well as some dos and don’ts of modernized farming techniques.

She added that the radio programmes are structured like business rooms where needs-based discussions are held with the purpose of facilitating partnerships as well as drawing government and private investors’ attention to specific value-chain related interventions to enhance business opportunities across agricultural finance and the value chain.