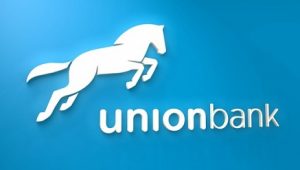 Union Bank of Nigeria Plc has claimed ownership of Flat 7B in Osborne Towers, Ikoyi, where huge cash was found earlier this year.

In its pending application, the bank is praying the Federal High Court in Lagos to vacate an interim order forfeiting the flat to the federal government.

It alleged that Oke’s wife, Folasade, used part of the funds to buy the flat.

The court, on November 9, ordered the flat’s temporary forfeiture to the federal government.

Justice Saliu Saidu ruled that it would bepermanently forfeited if no one turned up to justify ownership within 14 days. Chief Ajibola Aribisala (SAN), said on Thursday he filed an application seeking to vacate the interim forfeiture order.

In a supporting affidavit, the bank said the flat was part of 16, Osborne Road, Ikoyi, belonging to the former National Chairman of the Peoples Democratic Party (PDP), Alhaji Adamu Mu’azu.

It said the property was covered by a Certificate of Occupancy dated September 27, 2009 and registered as 97/97/2009 in the Lands Registry Office, Alausa, Ikeja, Lagos.

According to the bank, Alhaji Mu’azu mortgaged the property to it by virtue of Tripartite Deed of Legal Mortgage dated November 1, 2011.

Union Bank said the property was a security for a loan granted to Tripple A Properties & Investment Limited.

The bank further claimed that the property’s original titled deed had been vested in it (the bank).

Besides, it said the loan was yet to be liquidated despite its tenor expiring.

The bank claimed it sold the property to Chobe Ventures Limited to liquidate the loan.

EFCC, in its counter affidavit, argued that the bank lacks the locus standi to challenge the forfeiture.

UBA Wins Big at The Bankers Award, the Oscars of the Financial Industry

The Bank said this in a statement on Wednesday.

The statement said: “The attention of the management of Stanbic IBTC Bank PLC has been drawn to news currently circulating in the media, about the alleged arraignment of staff of the Bank on charges bordering on the theft of customers deposits.

“The Bank would like to clarify that the defendant, a 22-year-old Tope Olajide, IS NOT, and was at no point in time an employee of Stanbic IBTC Bank PLC.

“The alleged culprit was apprehended around 7:30 am, on Thursday, 27 August 2020, by security operatives after he was exposed by CCTV footage using ATM cards he had allegedly stolen and converted, to make withdrawals from the accounts tied to the stolen ATMs.

“The CCTV footage also showed the alleged culprit pretending to assist customers at ATMs whilst also attempting to fraudulently dispossess the customers of their ATMs.

“He was subsequently arraigned before an Ikeja Magistrate Court on Monday, 14 September, for stealing the debit cards of two customers and using them to unlawfully withdraw the sum of N427,000.

“The Bank would also like to implore members of the public to be security conscious when conducting transactions at ATMs. Customers are advised to report any suspicious actions around them to security operatives who are usually stationed around the Bank’s ATMs, when carrying out transactions at any of our ATM locations.

“As an organisation, we hold dear the values of integrity, and we will continue to prioritise the safety of our customers effectively.”

President Muhammadu  Buhari has approved the establishment of an   Infrastructure Company (Infraco) to be driven by the Central Bank of Nigeria (CBN) in partnership with the African Finance Corporation (AFC) and the Nigerian Sovereign Investment Authority (NSIA).

This is coming  on the heels of the foreign reserves’ slump to $36 billion following a cocktail of monetary policy interventions by the apex bank to cushion the scathing effects of the COVID-19 pandemic on the economy.

Mr Godwin Emefiele, CBN governor, made these disclosures in Abuja at the annual conference of the Chartered Institute of Bankers of Nigeria (CIBN) with the theme: Facilitating a Sustainable Future: The role of Banking and Finance.

According to him, Infraco would enable the use of private and public capital to support infrastructure investment that will have a multiplier effect on growth across critical sectors.

“This entity would also be able to raise funds from the capital markets and mobilise long term finance to address some of our infrastructure needs, while providing reasonable returns to investors. “We believe this well-structured fund can act as a catalyst for growth in the medium and the long run. The support of the banking community will be important in achieving this objective.

On foreign reserves, Emefiele attributed its crash to the decline in foreign exchange earnings and subsequent adjustments in the value of the naira to the dollar.

Amana Bank, a leading Islamic bank in Somalia has announced that it has selected iMAL, the AAOIFI-certified core banking platform from Path Solutions to replace its legacy IT system and deploy a single, cloud-based digital banking platform to underpin its banking operations.

This is Path Solutions’ third win in Somalia after Premier Bank and MyBank Ltd. The company went through a lengthy competitive bidding to which all international suppliers were invited, before being selected as Amana Bank’s preferred technology partner.

According to a statement following the signing, Path Solutions will supply and install its flagship Islamic core banking platform iMAL in addition to its comprehensive digital suite at Amana Bank Somalia. The new digital software will provide instant 24/7 service availability with fast, inexpensive, easy and convenient online banking, frictionless payments and transfers, personalization, engagement and retention.

Abdirizak Hussein Malin, Chairman of Amana Bank Somalia commented, “As part of our strategy, Amana Bank has instituted a digital transformation plan that will help us meet the emerging needs of our customers and the increasing demands of innovation.

“Consequently, we required a partner with open and agile technology that will drive powerful change. We have chosen Path Solutions for its ability to deliver vital digital financial solutions at this critical time with its depth of experience supporting Islamic banks in Africa.

“The company has differentiated itself from other vendors in its unique ability to combine core Islamic values with modern digital banking solutions, and to fully comply with Sharia and banking regulations.

“We are confident that the new technology, proven to significantly improve levels of customer fulfilment, will transform our operations by driving incredible efficiency gains while also reducing risk, lowering overall IT costs via higher automation and lower maintenance spending”.

“We are delighted to partner with a leading Islamic bank in Somalia on a project that will set a new standard in digital banking for the country. Today, every financial institution has an incredible opportunity to apply advances in cloud computing to redefine every aspect of its business”, said Mohammed Kateeb, Path Solutions’ Group Chairman & CEO.

“Somalia’s Amana Bank is a good example of this transformation to drive innovation forward and ensure much more secure banking experience, enabling customers to enjoy the nuances of non-stop banking with cloud-based services.

The bank will also benefit from the full Islamic coverage which bridges the gap between modern customer requirements and intrinsic Islamic values. Our multi-award winning Islamic core banking platform will support the delivery of innovative digital products that are both Sharia-compliant and specialized for Amana Bank’s retail and corporate customers”.

The new agreement was signed by Amana Bank’s Chairman Abdirizak Hussein Malin and Path Solutions’ Group Chairman & CEO Mohammed Kateeb on Sunday 6 September at Path Solutions’ Dubai office. The implementation will be delivered 100% in the cloud and 100% remotely amidst the COVID-19 lockdown.