X3M Ideas, one of Nigeria’s leading marketing Communications agency has advised African businesses, corporate organizations and individuals to evolve and adapt new ways of doing things or die in obscurity.

He said that shape shifting is the single most important rule in business regardless of the industry, businesses must evolve to remain relevant.

He noted that X3M Ideas understands the need to continually seek out ways to keep up with the changing tides that made them to remain relevant. 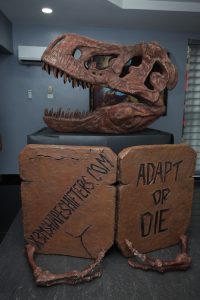 According to him, “this is the secret to our success and we want to share this ideal with all of Africa.

“We believe that the Dinosaurs were great creatures in their time, top of the food chain, giant predators that no other could challenge, but then something changed, the earth began to change and they needed to evolve.

“Some dinosaurs succumbed to the changing tides, understanding that this was the only route to survival.

“They evolved and became Dragons. The others who were late to the evolution party had no choice but to become preys to the larger, fire breathing creatures”.

Babaeko, stated that there is a lot of lessons we can learn from the prehistoric times. 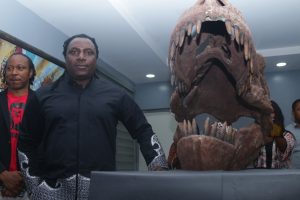 He said “We like to believe there is a lot to learn from the dinosaurs.

“How could a creature so powerful become extinct? While the reasons why these dinosaurs erased off the face of the earth is open to interpretation, we are of the school of thought that they got devoured by bigger, better equipped creatures – Dragons.

“These creatures who also were dinosaurs evolved and took over and the dinosaurs who couldn’t, or rather, didn’t evolve became prey. Hence the mantra, Adapt or Die.”

The Dinosaurs according to him represent most agencies and media houses who are still stuck up on old ways, refusing to embrace technology, social media, or the changing tides in media either out of ignorance or doggedness.

“This is the most ideal depiction of modern business landscape and we have come to spread the message – Adapt or die.

“The success or failure of Nigerian businesses is hinged on their ability to evolve.

“When we started 6 years ago we knew what we wanted to do but we always kept an open mind of how we could evolve with the ever changing business landscape.

“Both from a business and creative standpoint, we always give room to adapt, room to evolve,” Babaeko stated. 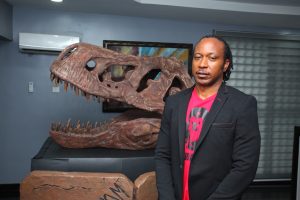 “We get caught up trying to run a business that we forget to study the industry.

“Steve has been doing this for a long time, he has seen it all, from the era of Print, to Tv, to social media.

“He knows how the industry has evolved and how its consumers have adjusted accordingly.

“An ad that would have been brilliant 5 years ago may strike a wrong cord now.

“This keen eye for observing trends and adjusting accordingly is what has set X3M apart.”

He added that content provider, business owners, or consumer, must stay ahead of the game, always anticipating changes and adjusting strategies to allow their businesses thrive or get lost in obscurity.

“It’s not easy to predict the future of media. Technology often plays a huge part in these changes.

“It also isn’t easy to adapt but nobody said being successful was going to be easy.

“If there is a trick to it, it is being grounded enough to understand that tomorrow is never given.

“Once you become safe in the achievements that you have and refuse to continually innovate, you will be left behind as the game evolves.” Babaeko added. 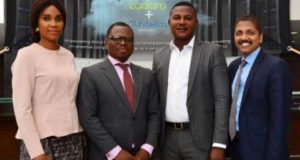 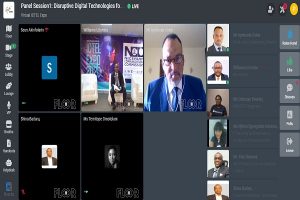 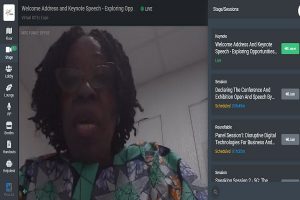