Xiaomi has officially launched the Redmi 9, Redmi 9A and Redmi 9C as part of the Redmi 9 series of entry-level smartphones. 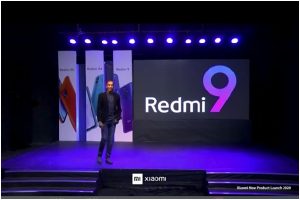 According to Mr. Somoye Habeeb, marketing director, Xiaomi,  Redmi 9 comes in as a smartphone intended to pacify enthusiasts who cannot afford the Redmi Note 9 series.It offers a cheaper price tag, which can be seen as a strategy to reach customers with a lower budget.

Today, Xiaomi launched three entry-level phones in Nigeria market: Redmi 9, Redmi 9A, and Redmi 9C. They are sold at different prices, but all of them are between N41, 900 – N66, 900and they have a very high value for money.

Given that they carry different prices and they are all devices released by Xiaomi, you probably understood that they are not at the same level. But a lot of people are wondering which one to buy: is it worth spending more for the Redmi 9 or it is better to save money for a Redmi 9A / 9C?

The Redmi 9 features a 6.53-inch Full HD+ (2340 x 1080 pixels) resolution display with a waterdrop notch cutout for the selfie camera. The screen is topped with a layer of Gorilla Glass 3 for added protection. The phone is 9.1mm thick and weighs at 198 grams.It is powered by MediaTekHelio G80 chipset with an octa-core CPU and Mali-G52 GPU and runs on MIUI 12 which is based on Android 10.

This is paired with upto 4GB RAM and upto 64GB storage options to choose from. There’s also an option to increase the phone’s storage further by using microSD cards of upto 512GB.The Redmi 9 features a quad-camera setup that consists of a primary 13MP camera with an f/2.2 aperture, an 8MP ultra-wide-angle camera with 118-degree field-of-view, a 5MP macro camera and a 2MP depth sensor. On the front, there is an 8MP selfie camera housed within the waterdrop notch cutout.The phone has a fingerprint sensor on the back and comes with a 5,020mAh battery with support for 18W fast charging out-of-the-box.Xiaomi has priced the Redmi 9 starting at N66, 900 for the 4GB RAM +64GB RAM variant. The phone comes in three colours– Grey, Green and Purple. 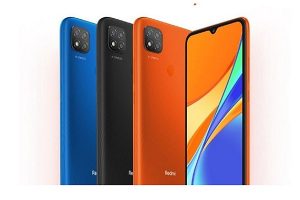 Xiaomi Redmi 9C also comes with a 6.53-inch screen but with HD+ (1600 x 720 pixels) resolution and a waterdrop notch cutout on the front which gives it a 20:9 aspect ratio. The phone is powered by MediaTekHelio G35 chipset with an octa-core CPU and PowerVR GE8320 graphics. This is paired with upto 3GB RAM and 64GB storage with an option to increase the storage by upto 512GB with microSD card.It runs on the latest MIUI 12 which is based on Android 10.

The phone comes with a triple camera array that consists of a primary 13MP camera with f/1.8 aperture, a 5MP macro camera and a 2MP depth sensor. There’s a 5MP selfie camera on the front housed within the waterdrop notch cutout.

The Redmi 9C comes with a rear fingerprint sensor and is fitted with a 5,000mAh battery but doesn’t support fast charging.

XIAOMI REDMI 9A SPECIFICATIONS AND PRICING 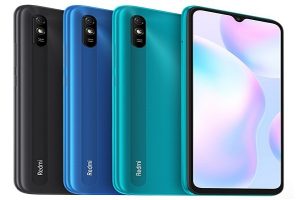 The Redmi 9A features the same set of display, battery and selfie camera as the Redmi 9C. It is powered by the MediaTekHelio G25 chipset with octa-core CPU and PowerVR graphics. This is paired with 2GB of RAM and 32GB internal storage with an option to expand the storage further by upto 512GB via microSD cards.

The phone runs on MIUI 12 and features a single 13MP primary camera. It can record in 1080p at upto 60FPS. The Redmi 9A doesn’t come with a fingerprint sensor.