Wale Ajisebutu, chairman of 21st Century Technologies, at the unveiling of the solution to banks and enterprises in Lagos, said: “We opted to partner with Nexusguard because of their global reach and robustness of their platform. They have helped many companies and governments globally defend against cyberattacks.

“Nexusguard is consistently recognised by analysts such as Gartner and Forrester as a market leader. Customers that choose to take advantage of our new compelling cybersecurity solution will surely capture enormous opportunities for unlimited growth,” he said.

With DDoS risk increasing worldwide, service providers are updating their capabilities to provide not only bandwidth and subscriptions, but also cybersecurity.

That transformation, known as Telco 5.0, demands the methodology and mechanics to shift platforms, people and processes to provide optimal security. Nexusguard fulfils that need with its global scrubbing cloud.

Paired with 21st Century Technologies’s local capacity, the companies are now prepared to provide a seamless “global+local” scrubbing network that detects and mitigates both international and local DDoS attacks, simultaneously.

Commenting Jeremy Lee, vice president, Sales at Nexusguard, ,“ We have exclusive partnership with 21st Century Limited in Nigeria. This is a strategic technology alliance in which we are going to integrate our technology to the 21st Century’s. The Company will provide all the local skills to tackle all the issues within the country while Nexusguard will be on the backend supporting them in terms of zeroing the attacks. So, we are offering them supports to meet the market needs,”

Speaking on effects of DDoS attacks to businesses and countries, Lee said, “DDoS is becoming a global problem. More countries are faced with DDoS attacks at the national level. So, in Africa we observed that South Africa was under attack last month. One of the telcos was brought down for 10 days or more. So, with partnership of this nature we have with 21st Century will assist service providers to take care of (potential) attacks, clean the traffic and then protect the business from going down”.

He said that businesses, especially banks that subscribe to services and applications should be able to get on-premise firewalls, subscribe to secured internet links like the services that 21st Century provides. “They have to stay ahead such that when attacks occur they can be able to mitigate it before it gets to their data centre”, he added.

Lee advised companies to be prepared at all times for possible DDoS attacks by carrying out route configurations of their systems and put their website on monitoring mood “so that any time there is an attack they can detect and clean the traffic thereby preventing the systems from total shutdown”.

Over 500 IT professionals from enterprise organisations across West Africa will convene in Lagos on February 21, 2020 for MainOne’s 5th annual gathering of its flagship event, Nerds Unite, themed: “Enabling the Digital Economy”.

This year’s event will showcase the launch of its Managed Cloud Services in partnership with Microsoft and Hewlett Packard Enterprise Operated by Selectium. The event will feature presentations and panel discussions on Cloud adoption, Cloud migration and all things Cloud with MainOne and its global partners.

Featuring over 10 speakers from global tech companies and West African Corporate organizations, #NerdsUnite2020 is designed to facilitate discussions on trending developments in the IT sector to help professionals deliver increased value to their organizations.

Speaking on expectations for this year’s event, Tayo Ashiru, Head of Marketing MainOne says, “For the past 4 years, Nerds Unite has delivered powerful technology insights and networking opportunities for organizations and tech enthusiasts alike.

This year we expect that with our panel of dynamic speakers, partners and launch of our Managed Cloud Services, the energy around Nerds Unite 2020 will be electrifying. These developments will help accelerate the digital transformation across all sectors and the ICT ecosystem in West Africa, supported by technological innovation and world class partners.”

With over 3,000 participants since inception, Nerds Unite has showcased leading technology solutions available locally and globally and has hosted major players in the international and local IT industry.

This year’s edition is set to further empower the tech ecosystem with the industry’s latest developments, centering on unique perspectives on Cloud Computing targeted at C-Level executives and IT professionals of blue-chip organizations across West Africa.

After an eventful five years, EduTech has recorded its first batch of graduates in its degree programme. 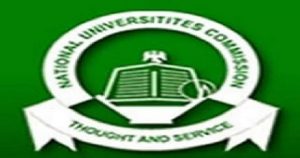 Expressing delight at the successful completion of the degree programmes, Femi Shonubi, general manger, EduTech, said the graduation ceremony was a validation of the firm’s e-learning platform and its ability to provide students with a robust system leading to the award of a degree.

“We are grateful to our partners -the OAU Management -as well as the students for trusting our solution,” Shonubi said.

Introduced in 2014 to deepen the experience of the university’s part-time learning programme, the EduTech platform replaced the erstwhile weekend learning mode with an online blended mode that is accessible to students remotely through an internet connection.

Through this epoch-making partnership with OAU, EduTech successfully launched B.sc degree programmes in Accounting, Economics and Nursing; with other courses of study in the pipeline.

“EduTech is pleased to contribute its quota to nation building by providing seamless platforms for students to conveniently take part in course work from their homes or offices and earn a full degree. We are happy to work with a progressive-minded institution like the OAU Center of Distance Learning to facilitate their Accounting, Economics and Nursing degree programmes. We are also very excited on our soon-to-be launched partnership with the Babcock University Centre for Open Distance and e-Learning where prospective students will be able to leverage our platforms to study for degree awarding courses from the university,” Shonubi said.

Amid growing concerns over WhatsApp’s security, the United Nations (UN) has asked its officials to not use the messaging app because “it’s not supported as a secure mechanism.”

A UN spokesman said officials were barred from using WhatsApp since June 2019 over security, Yahoo reports.

“The senior officials at the U.N. have been instructed not to use WhatsApp, it’s not supported as a secure mechanism,” UN spokesman Farhan Haq said.

Bezos’ phone got hacked after he received a WhatsApp message “apparently been sent from the personal account of the crown prince”.

The UK newspaper The Guardian reported that the “encrypted message from the number is believed to have included a malicious file that infiltrated the phone of the world’s richest man, according to the results of digital forensic analysis.”

The analysis found it “highly probable” that the intrusion into the phone was triggered by an infected video file sent from the account of the Saudi heir to Bezos, the newspaper said.

“The two men had been having a seemingly friendly WhatsApp exchange when, on May 1 of that year, the unsolicited file was sent,” Guardian said quoting anonymous sources.