Sanusi Lamido Sanusi, sacked governor, Central Bank of Nigeria (CBN) may face prosecution if a criminal case is established against him, according President Goodluck Jonathan.

Jonathan, who spoke during a presidential media chat, also explained that he had full powers to suspend Sanusi as the Central Bank governor.

He said that the CBN governor was asked to step aside based on the allegations raised against him by the Financial Reporting Council.

He said that Sanusi was only asked to step aside to allow for thorough investigations into issues raised by the Financial Reporting Council on the bank’s 2012 audit report.

He said it would not be appropriate for Sanusi to be allowed to stay in his position because he was also the Chairman of the Board of the CBN.

Jonathan said that the outcome of the investigation would determine whether the CBN boss would face prosecution. Pressed to confirm if Sanusi would be prosecuted based on the FRC allegations, Jonathan said: “People must know how government functions.

The government doesn’t just prosecute anybody. No, it is not done that way.

Anybody could be accused of anything. Even in normal civil service operation, when you are suspected for fraud, the best thing is to place you on suspension or interdiction and the matter is investigated.

And if it is a grievous offence, they place you on suspension without salary, but not sack. “Until when they conclude investigations, he may go back if he has no case to answer. If he has a case to answer, that is when they prosecute.

“These are issues raised by a third party, the Financial Reporting Council is not a member of CBN. I am not saying everything raised there is incriminating on the CBN or Sanusi.

“If Sanusi has no case to answer, how will you prosecute somebody that has no case to answer? “But if he has a case to answer, it depends on the nature of the case. In the public service, there are some cases that if it is not criminal in nature, it is either act if negligence or probably missed a process he was supposed to follow, he may not necessarily be prosecuted. There may be other sanctions or indictment. So everything does not end up with prosecution.

“Prosecution can only come if a clear fraud is established. But if a fraud is not established, maybe somebody does not follow due process, or some other issues that are not clearly fraudulent, we may not necessarily prosecute him even though the person is guilty.

So, Nigerians should wait, they should not just talk about prosecution.” The president also explained that the suspension was delayed in view of the need to consult widely and not to send a wrong signal. “When dealing with the treasury of a nation, you have to be careful and consult widely,” he added. Jonathan also said that he has oversight functions over the bank.

“Yes, I have absolute power. The CBN is not well defined in the Nigerian Constitution,” he said.

IBM Charges African Leaders To Speed Up IT Innovations 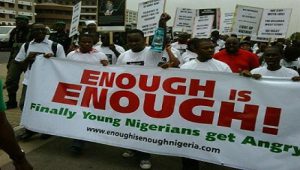