The number of subscribers to the 23 Mobile Money Operators (MMOs) in the country stood at 9.25million as at the first half of this year, Alhaji Umaru Ibrahim, managing director and chief executive of the Nigeria Deposit Insurance Corporation (NDIC), has said. 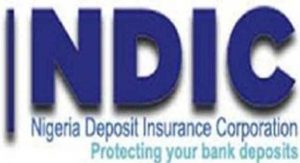 He disclosed this at the 16th edition of the workshop for Business editors and members of the Finance Correspondents Association of Nigeria (FICAN), recently in Yola, Adamawa State.

Represented by Mohammed Kudu of the Communications and Public Affairs Department of the Corporation,  Ibrahim cited the provision of the Deposit Insurance Coverage (DIS) to subscribers of MMOs to the maximum limit of N500,000 through the Pass-Through Deposit Insurance Framework, as one   of the significant reforms embarked upon by the Corporation to  strengthen its capacity for effective service delivery in the second decade of its evolution as a public institution.

Another such reform, according to him,   was the NDIC’s extension of DIS coverage to micro-finance banks (MFBs) and Primary Mortgage Banks (PMBs).

Other significant reforms embarked upon by the NDIC  during  the period, according  to Ibrahim,  are the development of Enterprise Risk Management, implementation of Differential Premium Assessment System (DPAS), Capacity Building in Risk-Based Supervision (RBS), deployment of a Performance Management System, enhanced Deb Recovery System and Increased Pay-out to both insured and un-insured depositors.

The NDIC boss also  stated that  as at 30th June, 2019, the Corporation received a total number of 35 petitions/complaints from  bank customers on various issues such as  Automated Teller Machine (ATM) frauds, unauthorized funds transfers  and cheque related  problems, adding  that:  “investigations and mediation were carried out where necessary and customers were appropriately reprieved.”

In addition, he emphasised that following the issuance of the framework for the licensing and regulation of Payment Service banks (PSBs) by the Central Bank of Nigeria (CBN), which stipulated the extension of Deposit Insurance Coverage to PSB depositors, the NDIC  will protect the depositors of PSBs and guarantees  to pay them N500,000.00 as insured sum in the event of  the financial institutions’ closure.

Noting that Fintech and digital currencies are witnessing rapid deployment globally and in these parts, the NDIC Chief pointed out that the Corporation,  laust August, signed a Memorandum of Understanding (MOU) on experience sharing and capacity building with the Korean Deposit Insurance Corporation (KDIC) and the Taiwan Central Deposit Insurance Corporation to further deepen the implementation of the DIS in Nigeria, adding that the MOU also aims to enhance the NDIC’s:

He stated that the support of the media has been instrumental to the successful implementation of the DIS by the Corporation since its inception 30 years ago, noting that: “It is in recognition of the crucial and strategic role the media has to play in the actualization of our own objectives that the NDIC has remained faithful in its support for the annual FICAN Conference along with the Editors Forum.”