MTS FirstWireless, one of the country’s pioneer telecom service providers is set to bounce back by late February next thanks to the rejigging of the telco with the fresh financial impetus from Oceanic Bank Plc.
Nigeria CommunicationsWeek had in September reported that Oceanic Bank Plc, Nigeria’s financial powerhouse offered financial breather (including equity participation) to the telco trapped in the debris of protracted boardroom squabbles.
The bank had earlier inked a deal that gave it 60 per cent of Prest Cable and Satellite TV Systems Limited (Prestel), a Benin based national telecommunications operator owned by Mr. Tosan Prest.
Nigeria CommunicationsWeek gathered that engineers are now working round the clock to integrate MTS FirstWireless and Prestel networks and position the new network from the fusion into a world class company.
MTS FirstWireless has tremendous goodwill with efforts as far back as 1992 to initiate Nigeria into the wireless world when it was issued with a license to commence the provision of national cellular service in the country. It was then a joint venture between the government-owned Nitel and Digital Communications Ltd. of Atlanta Georgia, USA. But a disagreement between the two joint venture partners led to the abortion of this dream.
The issue was eventually resolved with a favourable settlement brokered by the Nigerian Communications Commission which gave it a basket of licenses to do nationwide fixed telephone services, long distance communications, and international data access.

Houston police officers and FBI agents have arrested 36-year-old Cletus N. Anyanwu for allegedly masterminding an audacious cyber scam in 2018 that resulted in hackers stealing nearly $1 million from a company in New Zealand that intended to purchase an airplane from an Australian company. 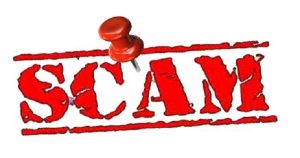 While it may seem amusing that a company paid out nearly a million dollars to scammers instead of to the original recipient, the truth is that today’s scams are so foolproof and sophisticated that even the world’s largest corporations fail to spot large-scale frauds that ultimately result in huge financial losses.

According to Texas Police that announced the arrest this week, Anyanwu masterminded the financial side of an elaborate cyber scam in 2018 that involved scammers infiltrating the email accounts of a company in New Zealand that was to purchase an airplane and an Australian company that was selling it.

The high-value theft led to two and a half years of investigations that culminated in the arrest of Anyanwu.

Texas Police claims that Anyanwu himself laundered as much as $300,000 of the stolen money himself.

“Cyber fraud is among the fastest-growing crimes in the world. Small businesses can be crushed, a government can be held hostage, or a corporation brought to a standstill all by hacking and fraud. We are dedicated to helping victims by bringing cyber terrorists and thieves to justice,” said Kim Ogg, Harris County district attorney.

“We’re trying to stop all kinds of computer and email scams, including business scams like this. This company lost a million dollars, and that money is just gone,” said prosecuting Attorney Keith Houston.

This is not the first time that a large corporation with sizable funds has been fleeced by scammers employing business email compromise tactics.

In 2017, employees at India’s only government-owned airline company Air India fell for a phishing scam orchestrated by Nigerian hackers who posed as employees of Pratt & Whitney and duped the latter into transferring $300,000 (£230,905) to a bank account located in Nigeria.

In September 2017, a scammer also conned MacEwan University in Canada out of 11.8 million CAD after he convinced employees to change payment details for a vendor using email communications.

After the phishing attack was discovered, the university said that “controls around the process of changing vendor banking information were inadequate, and that a number of opportunities to identify the fraud were missed.”

In December last year, a Lithuanian national was sentenced to five years in prison for stealing $121 Million (£92 million) from Google and Facebook between 2013 and 2015 by impersonating a vendor company in emails.

Rimasauskas impersonated a vendor company named Quanta Computer and demanded payments for goods and services from Google and Facebook employees.

Once he received the said payments, he transferred the money to a number of banks located in countries like Latvia, Cyprus, Slovakia, Lithuania, Hungary, and Hong Kong.

NESREA Partners UN to Clear 300,000 Tonnes of eWaste in Lagos

National Environmental Standards and Regulations Enforcement Agency (NESREA) is to collect over 300,000 tonnes of e-waste in Lagos. 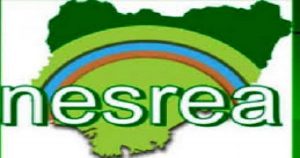 This is part of the project on circular economy approaches for the electronics sector in Nigeria.

Prof. Aliyu Jauro, director-general of NESREA, disclosed this in Lagos during the four-day training for government regulators and the value chain as part of awareness creation on the circular economy approaches in the electrical electronics sector.

The Global Environmental Facility (GEF) fund project is implemented by the United Nations Environment Programme (UNEP) and executed by the NESREA with the project location is in Lagos.

According to Jauro, part of the objectives of the project on circular economy approaches for the electronics sector in Nigeria is to collect and treat 300,000 tons of e-waste.

He explained that e-waste if not properly handled could pose danger to humans and contaminate the environment.

“The capacity development is to empower government inspectors and relevant stakeholders with technical knowledge and the value chain to conduct their operations in an environmentally sound manner.

“Both new and used EEE contain hazardous substances, which can contaminate the environment if the processing of end of life equipment or e-waste is not properly handled.”

He said the e-waste to be collected in the state would be treated in order to showcase the best way of collecting and treating the substance to practitioners in the electronics sector.

He said the training would empower the regulators to be able to evaluate the compliance of electronic product manufacturers.

Leading consumer finance company, Zedvance, has announced a partnership agreement with AMARA MEDICARE that will enable its customers in Lagos have access to discounted health benefits on eye, dental or ENT care services. 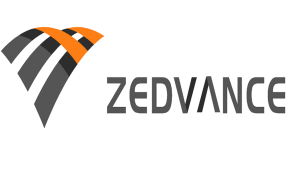 The company disclosed the partnership at its Head Office in Victoria Island, Lagos.

According to Ever Obi, Managing Director of Zedvance Finance, the partnership is part of the company’s commitment to always put its customers first. “As a customer-centric fintech company, we believe there is no better way to support our customers at this time than to care about their health”, he said.

“With this partnership with AMARA MEDICARE, all new and existing customers with a Zedvance loan of N100,000 and above will get up to 50% discount on eye, dental or ENT care services at any of the clinic’s centres in Lagos. This offer will be available from 1st – 31st December 2020.”

Speaking further on the initiative, Emeka Emenike, co-founder of AMARA MEDICARE noted that customers of Zedvance will have access to 50% off hearing tests (Audiometry) and teeth whitening at Amara Medicare centres in Ikoyi, VGC, Eleganza Gardens, Ajah and Sangotedo. They can also get 25% off ophthalmic services”.

AMARA MEDICARE is a patient centric healthcare company focused on the ophthalmic, ENT and dental segment.

NESREA Partners UN to Clear 300,000 Tonnes of eWaste in Lagos