Leo Stan Ekeh, serial digital entrepreneur and Chairman, Zinox Group has declared that the only way the Nigerian economy can realize the desired impetus to survive is for the Federal and State Governments to support disruptive entrepreneurs who are now the corporate miracles of every progressive economy.

He cited America as an example which has produced the known whizkids of the century and raised global giants such as the Googles, Facebooks, Amazons and Microsofts, etc. of this world.

He said this while delivering an incisive talk at the Access Bank-sponsored 2019 African Fintech Disrupt Conference held at the Landmark Centre. 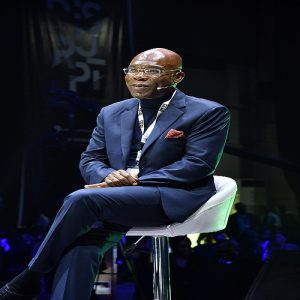 Ekeh, whose talk kept the huge crowd cheering for more, noted that Nigeria has a huge stock of smart kids who can change and sustain the developmental story of this country, adding that all they require is an enabling environment which is not too expensive for the government to provide.

While advising entrepreneurs not to see hope as a strategy in business, he reminded them of a critical configuration required for a self-audit before deciding if they really want to be entrepreneurs.

According to Ekeh, who also doubles as a global advisor to Microsoft, success as an entrepreneur in Africa requires 40% common sense, 20% spirituality and 40% knowledge of the business.

In his opinion, the 21st century has defined two types of entrepreneurs – disruptors and regular entrepreneurs.

While advising startups and other budding business owners, he noted that their passion must pay their bills, else there is no justification for the business they are launching.

He reminded startups of the essential few ingredients of success, humility, ability to see the end from the start, an eye for the bigger picture, creative mindset, knowledge and energy to occupy the sector as well as the capacity to manage cash and excitement. 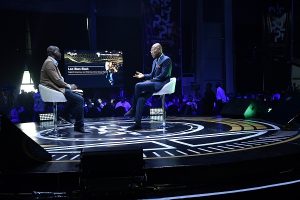 He, however, cautioned that they must be prepared to take reasonable pains before pleasure as they must postpone luxurious life until when they have built enough reserves to sustain such a lifestyle.

Counseling female entrepreneurs, the self-professed disruptive entrepreneur assured them that they will lead in the second quarter of this century as informed women are known to operate efficiently in structured environments with auditable systems.

He affirmed that no government has a choice to deny the youths of progressive infrastructure, except they want to face the wrath of this dominant segment of the populace.

With a round of applause punctuating his speech, Ekeh ended by advising those leaving the country for supposedly greener pastures not to waste their time as the population and lifestyle of Nigeria holds unquantifiable demand structure which is wealth on its own.

How to Accelerate the Growth of Your Startup

MainOne, West Africa connectivity and data center provider, has partnered with AWALE, a neutral network operator that provides high speed data transmission capacity via its fiber optic cables installed on the national transport and electricity, to support the Crisis Cell of the Ivoirian Government in its fight against the COVID-19 pandemic.

This measure of solidarity will reinforce the emergency deployment plan of the Ministry of Digital Economy and Postal Services of the country.

The joint initiative includes the provision of free connectivity capacity and Internet services to strategic state institutions for a period of three (3) months.

According to both MainOne and AWALE, this is part of their continuous efforts to support Government’s response plan to COVID-19. MainOne and AWALE are jointly contributing their broadband connectivity infrastructure and ICT services for the delivery of critical online and real-time public services during this challenging period

With civil lockdown, social distancing and remote work patterns becoming the new-normal in Côte d’Ivoire and globally, MainOne and AWALE are determined to ensure the Ivorian Crisis Committee continues to dispense its socio-economic and public security responsibilities through virtual platforms.

The enhanced connectivity offering provides the Government’s Crisis Committee with robust access to real-time information management, whilst seamlessly connecting essential workers across the nation. It is also helping to drive dynamic exchange of scientific findings and access to global knowledge related to control and management of the disease by researchers in Côte d’Ivoire, enabling them to collaborate with colleagues around the world and participate in the global fight against the pandemic.

While speaking on the impetus for the joint COVID-19 intervention, MainOne’s Regional Executive Director, West Africa, Kazeem Oladepo, explained that “as an organization committed to enabling the digital economy of West Africa, MainOne is well aware of the impact of the pandemic on public services, infrastructure and businesses, as well as the economic challenges faced by Governments.

“As a premier provider and responsible Ivorian business, we will continue to support the efforts of Governments at every level by providing world-class internet infrastructure and value-added services that reduce cost, drive operational continuity and seamless communication for good governance in Côte d’Ivoire.

“We are proud to partner with AWALE, a subsidiary of the Pan-African Group ERANOVE, who shares our commitment to supporting Government efforts to manage the impact of the COVID-19 pandemic across the sub region.”

Expressing similar sentiments, Daniel Sampah, Founder and Managing Director of AWALE, added that “AWALE appreciates the efforts of the Ivorian Sate in deploying an effective response plan to COVID-19 disease.

We are honored to support the CIV’s actions by making available to Operators and Internet Service Providers, our carrier-neutral network entirely based on fiber optics. Our partnership with MainOne will enable the provision of quality connectivity infrastructure to the Governments’ Crisis Committee and thus minimizes the impact of the COVID-19 on activities in the country.”

Nine (9) civil society organizations under the aegis of African Internet Rights Alliance ( AIRA), on Wednesday 27 May, 2020 came together and submitted two (2) joint letters to the Special Rapporteur’s – African Commission on Human and Peoples’ Rights and the United Nations – focused on freedom of opinion and expression and access to information.

These two letters expressed deep concern about the use of Kenya’s Computer Misuse and Cybercrimes Act (or CMCA, 2018) and Nigeria’s Cybercrimes (Prohibition, Prevention, etc) Act, (or CA, 2015).

The partner organisations of AIRA – ARTICLE 19 Eastern Africa, the Centre for Intellectual Property and Information Technology Law (CIPIT), Paradigm Initiative (PIN), BudgIT, Co Creation Hub (CcHub), Legal Resources Centre (LRC), the Collaboration on International ICT Policy for East and Southern Africa (CIPESA), Kenya ICT Action Network (KICTANet) and Amnesty International – strongly urged the two Special Rapporteur’s to call on the Kenyan and Nigerian governments to place a moratorium on the use of cybercrimes legislation in both Kenya and Nigeria.

They further called on both governments to drop all charges imposed on any individuals under the CMCA, 2018 and the CA, 2015; review any current civil and/or criminal cases where persons have been fined and/or imprisoned using the provisions in the CA, 2015 and the CMCA, 2018; and initiate participatory and transparent processes to reform the CMCA, 2018 in Kenya and the CA, 2015 in Nigeria, whilst ensuring their strict compliance with regional and international standards relating to freedom of expression, privacy and media freedom.

The partner organisations insisted that the situation in Kenya and Nigeria is dire, especially during the COVID-19 period where freedoms, particularly movement, access to courts, as well as economic and social rights are being curtailed owing to the Kenyan and Nigerian governments’ possession of extraordinary powers.

The partner organisations of AIRA urged the two Special Rapporteur’s to publicly call on the governments of Kenya and Nigeria to ensure that their cybercrimes frameworks do not restrict fundamental rights and freedoms during the COVID-19 pandemic.

These title documents include Certificate of Occupancy, Deed of Assignment, Deed of Sublease, and Deed of Mortgage Consents.

A release issued on Sunday by Barrister Abiodun Abdu-Raheem, commissioner for Lands, Housing and Urban Development, and made available to Vanguard, said the event which would take place at the Government House, Agodi, Ibadan was part of activities commemorating the one year in office of the present administration.

He further explained that the programme which would hold at 12.00 noon would be done with strict adherence to COVID-19 safety measures which would, therefore, limit the number of applicants that would be invited for the symbolic presentation.

Barrister Abdu-Raheem also called on eligible property owners without title or approved documents to take advantage of the window of opportunity, while encouraging people with outstanding applications to visit Room 4 of the Ministry of Lands, Housing and Urban Development, State Secretariat, Agodi, Ibadan to find out the status of their applications with a view to ensuring they get their title document as this administration is determined to provide title documents within 60 days of application.