From the hills of Abeokuta and Ondo to the falls in Osun and down to the seas of Lagos, Ariya Repete 2019 edition is set to showcase the best talents in Juju, Fuji and Yoruba hip-hop.

It has over the years produced remarkable talents that have flourished in genres that are rooted in south-western culture.

This year, the competition goes into its seventh edition and is upping the ante by introducing an all-new Yoruba Hip-Hop category.

The competition will journey across eight locations with auditions and selection parties holding from the 12th of June to the 5th of July. Abule Egba, Ota, Egbeda, Abeokuta, Akure, Ibadan, Osogbo and Ilorin will play hosts to hundreds of hopefuls who will compete for honours in this year’s edition.

Lagos will be the first city to host the regionals as Juju, Fuji, and Yoruba Hip-Hop talents will be auditioned at Stalad Gardens, Agege and Havana Hotels in Egbeda on the 12th of June.

The selected talents will then slug it out for a place in the quarter-final concert, when they compete in the regional selection party on Friday, 14th of June.

Guests at the Selection parties will be thrilled with entertaining performances from the contestants, as well as guest artists and past winners.

Successful contestants from the regional auditions will proceed for mentorship at the Ariya academy, where they will be under the tutelage of veterans in the Juju, Fuji, and Yoruba hip-hop scene.

The competition will then continue on the 26th of July with the Quarterfinal in Akure, while the Semi-final and the grand finale will take place in Lagos and Ibadan on the second (2nd) and ninth (9th) of August respectively.

Guests should expect thrilling performances by the contestants that made it through the rigorous selection, guest artists and industry greats.

The winners in each category (Juju, Fuji, & Yoruba hip-hop) will be awarded the star prize of 4 million Naira each.

Speaking on this year’s edition, Olufunmilayo Ogunbodede, Brand Manager, Goldberg, said “Over the years, Ariya Repete has been a special platform that showcases and celebrates the very best musical talents in South-Western Nigeria and this year’s edition promises to up the ante.

“As a leading beer brand, we are committed to delighting our consumers with initiatives such as these.

This year, with Ariya Repete we want to celebrate this blend of both worlds. We believe that the 2019 edition of Ariya Repete will be the best ever, the reason we are taking the experience to TV, to show all of Africa that Goldberg Lager believes and celebrates the amazing indigenous talents from South Western Nigeria.”

This edition of Ariya Repete will be televised across Africa as the show progresses from the auditions to the grand finale in Ibadan.

Ariya Repete is powered by Goldberg Lager, a premier quality lager beer brewed with only the finest ingredients by the master brewer.

After the Lagos regionals, six other regions will host auditions over the course of 3 weeks. 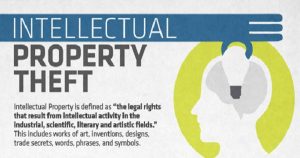 Remedium Law Partners, legal representative to Sate Television, in a statement also demanded N100 million from Solution Media and InfoTech Limited/Hi-Impact TV, a company registered in Nigeria and the UK, as compensation for allegedly “fraudulently broadcasting” Urban Kitchen “without due authorisation and permission” and another £250,000 for copyright violation.

Remedium is also demanding the airing of Urban Kitchen to stop immediately “until the formalisation of an agreement with Sate TV, producer of the TV programme and payment of an agreed Nigerian and UK prices for all twenty-six (26) episodes of the programme have been duly made.”

Sate Television through its lawyers claimed Solution Media and Infotech Limited/Hi-Impact TV started airing the said programme in Nigeria and in the UK “while negotiation between them for the authorisation of the programme was still on-going.”

Remedium also claimed that the agreement that was being negotiated was for the airing of the programme in Nigeria alone but Solution Media and Infotech Limited/Hi-Impact TV allegedly extended broadcast of the content to the United Kingdom “where Sky TV UK with millions of viewers globally has been airing the TV programme without the consent of the producer, Sate Television.”

In a letter dated May 18, 2020, Remedium claimed that one Andrew Ohio who was acting on behalf of Solution Media and Infotech Limited, owners of Hi-Impact TV, contacted its client, Sate Television, to express interest in Urban Kitchen.

“On 27th February 2020, our Client forwarded a Term Sheet containing their conditions for a License Agreement, stating among others the following: that the programme would consist of twenty-six (26) episodes of thirty minutes duration each; the license fee per episode would be eighty dollars ($80), making a total of two thousand and eighty dollars ($2,080); Nigeria would be the only broadcast territory; and that the programme was to be delivered to Hi-Impact Television for the express purpose of broadcasting or airing within seven (7) days payment via Wetransfer, an online document exchange medium.

“Following your request for preview copies for the purpose of ascertaining their quality and suitability for broadcast, our Client released the programme to you through your said agent, Mr. Ohio, doing so at Mr. Ohio’s insistence by merely copying the episodes from his computer hard-drive into a portable USB flash drive or electronic storage device,” the letter reads.

The law firm further claimed that while its client awaited the formalisation of the agreement, they realised that Hi-Impact television had already started airing Urban Kitchen in Nigeria and in the UK via Sky TV.

“Our Client did not at any time give permission, authorisation or consent to Hi-Impact Television to broadcast Urban Kitchen, whether in Nigeria or anywhere else. Note that even though on 2nd March, 2020, your Head of Programmes, Abiola Adelanwa, signed a unilaterally altered version of the draft agreement, our Client declined to counter-sign it. Moreover, they had not paid the agreed price and our Client has not delivered the episodes for the purpose of broadcast,” the law firm claimed.

When PREMIUM TIMES, reached for comment, Hi-Impact TV said they were surprised by the turn of event as the agreement to procure the TV show was concluded with Sate Television before it was aired.

“The transaction had been concluded and we did not understand why there was a copyright infringement claim,” the company said in an email.

The company shared a copy of an agreement signed by Andrew Ohionrenoya, the CEO of EIC Communication, who claimed to be the content producers of “Urban Kitchen” granting Impact TV the right to air the programme.