Kemi Adeosun, minister of Finance, on Tuesday insisted that the suspension of Mounir Gwarzo, director-general of Security and Exchange Commission (SEC) was valid.

At an investigative hearing organised by House of Representatives Committee on Capital Market and Institutions on the issue, the minister said the suspension was in line with public service rules.

Elsewhere, an Administrative Panel of Inquiry recommended the dismissal of the Director-General and also recommended that the suspended SEC director-general be referred to the Independent Corrupt Practices and other related offences Commission for further investigation of the allegation of using his position to influence the award of contracts to Outbound Investments Limited.

The report, a copy of which was obtained from Presidency sources on Tuesday night also recommended that Gwarzo should refund N104,851,154.94, which was the severance package he approved for himself and received. 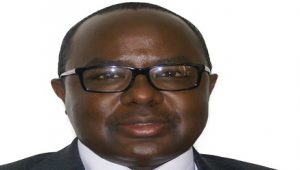 Late yesterday, Adeosun said the action became necessary in order to sustain the confidence of investors and safeguard the integrity of the Nigerian capital market.

The minister alleged that Gwarzo was a director in a private company while in office as the DG of the commission, thereby violating public service rules.

According to her, the Investment and Security Act empowers the minister to act in absence of the board.

Adeosun explained that the suspension was to allow unhindered investigation into several allegations of financial impropriety against Gwarzo.

She said it was alleged that the former director-general paid himself N104 million as severance package after he was appointed from the position of a Director in the same commission.

She said the act contravened civil service standing rule that severance benefit could only be paid to an employee who had concluded his or her service or had completely disengaged from service.

On the allegations linking Gwarzo’s suspension to the forensic audit being conducted on Oando and Oasis Insurance Companies, Adeosun said: “It is mischief to link the matter to Oando.”

Adeosun noted that the forensic investigation on the companies was still ongoing and that she was not interfering in it.

But Gwarzo challenged the powers of the minister to suspend him, alleging that he was being hunted for investigating Oando and Oasis Insurance companies.

He alleged that the level of interference in the activities of the commission by the minister had never been recorded in the history of the organisation.

Gwarzo alleged that Adeosun had told him before his suspension to stop the forensic audit on Oando and Oasis insurance companies.

He accused the minister of having special interest in those companies.

Gwarzo said he had resigned as director of the private company since 2012, adding that proper documentation of his resignation was the responsibility of the company’s secretary.

He said it was not his duty to ensure that his name was removed from nominal roll of the company by the management.

Abdulsalam Naif-Habu, head of Media Division of SEC, and Anastasia Braimoh, head, Legal Department, were suspended along with Gwarzo.

In his remarks, Rep. Tajudeen Yusuf (Kogi-APC), chairman of the committee, said the committee would reconvene with all affected parties for further hearing on a later date. 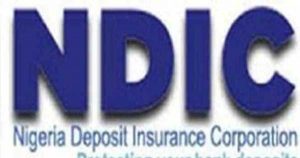